Asiananation is a process by which a normally healthy American (or less commonly European) male inadvertently becomes an Asian.

The Devastating Effects of Asiananation

Asiananation believed to be a virus spread by viral media such as Anime Pr0n and the Playstation Portable. It is not known exactly how the Asiananation virus affects the human body, but it is believed that it does so using DNA/RNA/RCA recomposition or something cool like that.

The only cure for Asiananation is heavy drinking, most specifically of American hard liquors such as Jack Daniels and Jim Beam. Warning: Do not attempt to cure Asiananation with Saki as this will only exasperate the problem (it may also emancipate or conjugate the problem.) This process is known as disorientation. 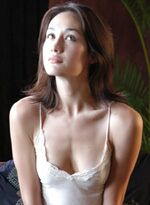 Most doctors are unfamiliar with Asiananation and thus ill-equipped to properly diagnose or treat it. For proper diagnosis one should seek out a Asiantologist and ask for the blood test. A simple blood test can by administered by your Asiantologist to determine if you are suffering for the effects of Asiananation.

A small sample of blood (usually less then three gallons) is drawn from your prostate (which must be removed for the sample to be taken) and is subjected to the test. During the test your blood sample with be homogenized, vulcanized, and idolized, before it is spun in a cyclotron. Once your blood returns from the cyclotron, it will be forced to play Quake 2 at high speed; if your blood becomes dizzy or complains of a headache, then the test has concluded that you are in fact Asiananated.

The song "I Think I'm Turning Japanese" by the 18th century pop band The Vapors, features a humorous spin on Asiananation.

The 1987 documentary “The Last Samurai” is about a pirate (played by Tom Cruise) who is aflected with acute Asiananation.