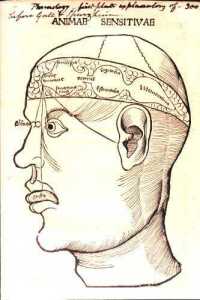 Illustrated here is a medieval treatment of Heartbreak of Psoriasis: the skull is opened and the brain replaced with an inscrutable drawing.

In the ignorance and abject misery of the Dark Ages -- when the human spirit labored under the horrors of Black Bubonic Gum Disease, the Monty Python Inquisition, almost universal illiteracy among those who could read, and incessant garlic-flavoured flatulence -- in those evil times mankind first faced what later generations would know as Heartbreak of Psoriasis. (This was the name given by Celebrity Cruise Lines when it put psoriasis on a menu of savoury diseases. Some people wanted to name it "Psoriasis Brulee" or "Consomme de Itchy Hide", but "Heartbreak of Psoriasis" won out.)

Do you struggle to get up mornings, preferring to stay a-bed until long after your boss has given your job to a half-mad orangutan? Does your bottie itch? Are you pestered by succubi, incubi, the Hindu demon Ramanathi Gorgash, and/or magenta mastodons? Have you ever wanted to write an article for Wikipedia?

Then Heartbreak of Psoriasis may have infected your soul. 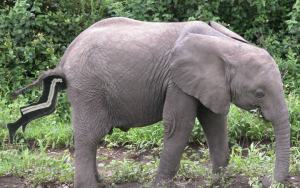 If one imagines Life as an elephant, then one realizes the human position with regard to the Elephant of Life is less than enviable.

The nearly unbearable burden of human consciousness is not without peril. It is not a free ride...no matter what liberals and Emmanuel Kant might say.

To exist is to suffer.

To exist as a human is to have an itchy bottom.

This then is Psoriasis: no matter what you want, if you want it strongly enough you will absolutely not get it. Ever. No matter what else happens in this mirror-dance men call life, you will always be denied what you most desire.

Fair Notice Warning: The above does not apply if what you really want is pain and suffering. If that's what you're after, see Mistress Dominica and Wolfie in the basement immediately after this article.

The Heartbreak part is best explained by the image at right. We will say no more.

During the aforementioned Dark Ages men would cut holes in each others skulls to alleviate the horror of the Heartbreak. They swallowed medicinal remedies such as wormwood, toad bladders, bezoar stones, and swamp fungus (which they got from the festering wens of Belgium). They whacked each other with leather straps and chanted incomprehensible prayers passed down through the generations by deaf-mute madwomen.

Nothing in modern medicine is any better. We recommend the toad bladders. They don't taste as bad as they sound. Trust us on this.

The Chinese traditionally write out the angsty bits of their personal Heartbreak on a scrap of vellum and stuff it down a goat's lungs. This supposedly transfers the Heartbreak to the goat. It doesn't work. It only made our goat angry, and he gored us savagely about the thighs with his huge sharp tusks. We wept for days, and our Heartbreak got worse.

In the final analysis, there's not a damnéd thing to be done.

Heartbreak of Psoriasis is part and parcel of the human plight. (Along with bleeding eye syndrome and garlic-flavoured flatulence.)