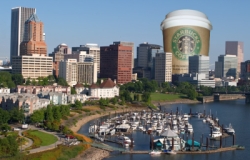 The skyline of downtown Portland includes its unique alternative to the water tower that most cities have.

“I now build my statue here, because hippies no care.”

Portland is the largest city in Oregon, the second touchiest city in the world after Eugene, Oregon, and the world's second-largest hippie commune, behind New York City.

P-town is located deep within the Forest That Nobody Cares About. Each and every resident has an iPhone and a fixed-gear road bike (the cool outsiders own a Blackberry and ride 21-speed mountain bikes), and consumes 12.3 gallons per hour of both coffee and beer, which mix surprisingly well.

Portland is so swell that an imitation has sprung up in Maine, the original Portland itself being an unoriginal knock-off of the Isle of Portland, in Britain. Portland is also the seagull and crow capital of the world. 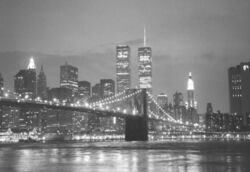 For those without comedic tastes, the so-called experts at Wikipedia have an article about Portland, Oregon.

Portland was discovered in 1806 by Meriwether Lewis and William Hung on their famous "Voyage of Discovery" to the Northwest Passage. At the time of this discovery, Portland was peacefully inhabited by indigenous peoples, such as hippies, goths, Cackle-Moose, and Multimedia-Nomore people. Most of these aboriginals abandoned the area, and Earth at large, in the face of innovations such as smallpox, syphilis, and alcohol.

Following the settlement of the area, Portland quickly grew from a backwater trading post into a backwater tourist Mecca. The fortunes of Portland began to change, however, in 1839 with the discovery of trees in the hills surrounding the city. The Great Tree Rush of 1839 was on, bringing with it a massive influx of lumberjacks, most of whom followed the new Oregon Trail, avoiding I-5 because traffic there sucked that time of day.

The massive influx of lumberjacks brought with it a host of problems. Between 1839 and 1847, flapjack-related deaths increased at a yearly rate of 500%. In addition, the lumberjacks brought with them strange new ways, such as using public water fountains as bidets, and therefore had problems assimilating into the local culture of the evil white people.

Tensions between locals and the immigrant lumberjacks mounted until 1849, when the lumberjacks mistakenly cut down the city's tallest tree (442 ft tall). Outraged locals began slaughtering the lumberjacks by the thousands. Many lumberjacks escaped Portland, resettling in Salem and in caves behind Multimedia falls. Although this part of early Portland history (along with all the rest of it) is largely forgotten by Portlanders, it is sometimes cited as a major cause of the present animosity between Portlanders and the timber industry. 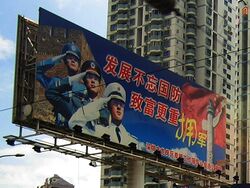 Portland was the major port in the Pacific Northwest for much of the 19th century, until Babe Ruth was traded to the Yankees. Portland gradually declined starting in the 1920s when direct railroad access between the deep water harbor in Seattle and points east by way of Stampede Pass were built. Following the fiasco of the 1932 World's Fair (total attendance: zero), Portland was closed and most of its population relocated to Oklahoma. World War II saw the city's takeover by the Russian Navy under the command of General Svelpatton Razbutov, who used it as a distribution center for tea towels.

Engineering plans for the proposed freeway interchange with I-205.

In the early 70s, cars were awesome, and even a few Oregonians still drove them. A pushy New Yorker named Robert Moses, a brother of Music salesman Harold Hill, came to town to sell the good people of Portland a freeway, which would run from Voodoo Donuts downtown, directly to Mount Hood, so overweight stoners could eat a donut in the morning, and ski in the afternoon.

The Mount Hood Freeway would've run along Powell Blvd., doing several figure-8 curves, and require a freeway interchange at Interstate 205 which would've required demolition of half the city east of the Willamette River. Despite 95% support from Portland residents, a small faction armed themselves with guitars, flowers, and Mac Davis 8-track cassettes, and attacked the rest of the city. After 3 days of protests, every flower in the city had been picked, and countless people had died.

For years the city has had to concentrate on less conventional exports such as marijuana, computer processors, marijuana, Christmas trees, marijuana, meth and marijuana. However, in the 1990s, someone discovered that Portland was Cool™. Locals were bewildered because the coolest thing that happened in Portland was the recording of "Louie Louie" (otherwise known as "the song no one understands"). Oh yeah, Courtney Love, future wife of Kurt Cobain, used to come to Portland to score drugs, but I don't know if she was cool then.

This meant local inhabitants could sell overpriced souvenirs and drugs to tourists and wannabe hipsters. The local evil white people opened a profusion of strip clubs, and after reading Woman on the Edge of Time by Marge Piercy, became tree huggers.

Politics in Portland are dominated by two major parties: Starbucks and Coffee People. The Starbucks party comprises voters who want consistency, repeatability, free WiFi, and a chance to sip coffee in a zone advertised as gun-free. The Coffee People party comprises voters who rebel against the large corporation and demonstrate their rebellion by patronizing businesses that are in fact also large corporations that look like Mom-and-Pop outlets. These voters prefer brews of coffee where you can chew on the grounds.

Voters in each party flock to the respective coffee shop. Both chains have websites that let prospective members fill out a questionnaire and decide, in the way that Portland voters decide everything: by asking, Whom do I want to seem to be like?

In 2006, a coup was staged by the Starbucks party. There were no survivors among the leaders of the Coffee People party. The only apparent consequence of this coup is that individual Starbucks outlets introduced a custom brew called Soylent Red. 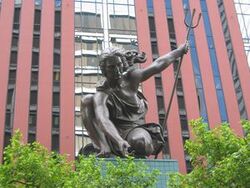 A statue outside City Hall portrays Mayor Adams in the guise of Cupid.

In 2008, brewer-and-patriot Sam Adams won a bitterly contested election against Tom Potter by shaming him to agree to a limit of $5 on campaign contributions. Adams handed out free, cuddly kittens to voters, which were not counted against that limit.

The Portland Police have been engulfed in controversy due to their Negro Shoot-to-kill policy. Since the policy was implemented in 1995, police in the Rose City have shot and killed 785 people. Of those, 784 were black and the other one "sorta looked black" to officers. The killings, however, have caused great outrage, sparked riots in the white community (partly because many residents of Portland regarded Negros as mythical creatures, having never seen one personally) and at least one formal written complaint from surviving remnants of Portland's black community.

However, the Police Commissioner has ruled that each of these shootings was justified, since each perpetrator was armed with either a box cutter, a pick comb, or teeth. Normally, the police in this city are only visible in groups of 3 or 4 at the most but during a huge waterfront protest, columns of police cavalry trot toward the hippies and "anarchists" (the latter being anyone with "unkempt" facial hair).

Police have reassured the public by putting neon lettering on many of their stations in a really quite fetching shade of blue. 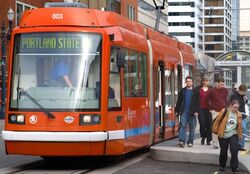 Portland boasts a comprehensive public transportation system known as Tri-Met. Busses, light-rail trains, streetcars, freak-bikes, horses, broomsticks, giant shoes made by little children in a magic workshop, and jet packs operated by public employees cover nearly every destination in the metropolitan area. Tri-Met's founders created this form of public transportation after many Doctor Who fans protest that there are no blue police boxes for public transport, the designers failed like Uwe Boll. Tri-Met is designed specifically with the needs of drug dealers, petty thieves and hobos in mind. The buses and trains provide an ideal drug distribution network; the Green Line MAX train was specifically designed to ship meth into town from Clackamas. They also ferry rich people into poorer areas of the city, bringing a mugger's business to his doorstep. Additionally, all Tri-Met vehicles are air-conditioned, which makes them a perfect place for the homeless to beat the heat. However, since Portland has one of the highest bicycle to homeless person ratios in the nation, homeless people seldom use the facilities. 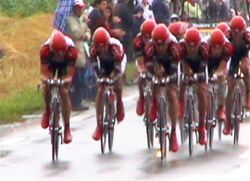 The homeless in Portland getting about.

In 2005, Tri-Met celebrated the fact that public transportation-caused deaths slipped to third place on the list of most common causes of death in Portland, preceded by police shootings and caffeine overdoses. Bus and train-related deaths had skyrocketed in previous years. City officials became particularly concerned after each driver began painting a pedestrian on his or her vehicle for each person killed. Tri-Met turned back the tide in 2002 by making the Employee of the Month award based solely on who had the fewest kills that month.

Unlike many other cities in the US, the people of Portland use a radical technology for transportation which scientists refer to technically as legs. Evidence suggests that this technology may have been invented by Nike, a major employer in the area perhaps most famous for inventing feet. Some critics say this is part of an evil scheme to enslave the developing world and force everyone to wear shoes. An Adidas spokesperson recently suggested during an interview at their Portland office that the left foot was actually invented in Germany by an Adidas designer many years before Nike. An out-of-court settlement is expected.

~ The singular motto of Portland

Portland's motto was adopted as a defense against anyone suing Portland for their freakishly high freak-contingent. Portlanders freakin' love their freaks.

Almost as much as they love their plagiarists. Because it was not long before that Austin, Texas had adopted the totally different motto, Keep Austin Weird, an attempt of the Austin Independent Business Alliance to promote small businesses in that city. The phrase arose from an offhand remark by a community-college librarian in a phone call to a local radio station. Showing that there was utterly no relationship, the City of Portland paid $2.7 million to a consulting firm to come up with its unique phrase.