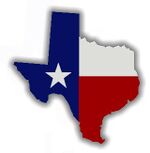 Topographic map of Texas. Blue: Scalding desert. Red: Hills and pre-coastline area. White: Metroplex and sprawling paradise. The star indicates the location of Austin, or would, if it were in the right place.

“One of the most fun and diverse cities in the world.”

Austin is the capital of Texas. It is also known as the ATX. (Especially the underground and the underworld.) It is the home of the University of Texas, (UT), the largest university in Texas, and the seat of Travis County.

The pioneer and founder of the ATX, Stephen F. Austin, who is now part of the living dead and thus a key figure in the music scene.

The capital of Texas was moved to Austin when everyone agreed that not every city in the country was worth living in. Austin was found in 1800 BC by Stephen F. Austin and Sam Houston after they had both won a beer drinking contest. But Sam Houston got pwned and ran east of the ATX to what is now a mess, Houston, to build his own metropolis because he was SO drunk at the time. In 1998, Austin became the "Live Music Capital of the World" with over 238,000 yuppie fans from the world.

Rap-Rock/hip-hop was founded as Austin's signature musical genre in 1990. Fans argue that there is TOO Much country music for your grandparents, and not enough hip-hop/rap for the underworld and teens. What about the children? They got rock music, rock is very great. (Even if country music is boring and this is not enough hip-hop/rap to go around.)

Uncyclopedia was founded by Austinian Jonathan Huang, who now lives "in cyberspace."

By 2000, it became known as the "Computer City" of Texas, competing against California using IBM, Dell, Microsoft, and Sun, the leading creations made Apple, Microsoft Windows, UNIX, LINUX, and MS-DOS what they are today. They are still civil rivals to this day.

Austin is the Live Music Capital of the World. It is home to many yuppies (20-40) and hippies (420) who attend universities and college. University of Texas at Austin (UT) is also home to psychics, drugs, weed, cocaine, psychos, and school shootings, usually on-campus. The whole city revolves around the economy of UT.

A network of Bat Fuck Insane roadways end abruptly or change names frequently. Consulting a map is pointless. There are too many hills and they are a pain in the ass to climb.

Most notably, it is home to the world's largest singing penis sculpture, which was commissioned by now-legendary Haitian sculptor and hidebound Democrat Party reformer Jean-Claude "Baby Doc" Duvalier. The sculpture, which accounts for roughly 55% of the city's tourism income,[1] is heard all over town belting out local tunes. Its main shaft can be clearly seen from the rooftop at the Whole Foods downtown corporate headquarters.

"Keep Austin Weird" is the slogan adopted by the Austin Independent Business Alliance to promote local small businesses. The phrase arose from an offhand remark by a librarian at a community college in a phone call to a local radio station. Prior to that, no caller to talk radio had had anything amusing to say. The phrase went onto bumper stickers that were distributed to businesses in Austin that normally would have claimed to be "closed for inventory" if anything even partly weird were going on nearby.

The phrase was "adapted" (without payment of royalties) for use in other cities, such as Portland, Oregon, that are not weird in the least.

The most popular pastime of Austinites is to just climb into the truck and drive around, even if one has nowhere to go. A "farm-to-market" provision of law in Travis County allows toddlers to start driving at the age of 24 months, to get a feel for the roads.

The most popular destination for these trucks (those that don't simply drive around and around, such as those stuck on Loop 360, which was the first infinite loop of the computer age) is Sixth Street. Sixth Street has bars and clubs. One does not describe one's destination on Sixth Street; one simply "goes to Sixth Street."

The long-term strategy is to get out of Austin, typically by acquiring a trophy wife, getting gentrified, and moving to Round Rock. In contrast, no one goes back to Mexico. 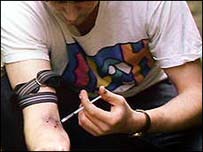 A fun-loving festival-goer takes time out for medication.

Began in 1967, the Annual Austin Heroin Festival attracts heroin fans and addicts from around the world to celebrate the magical drug and increase public awareness of its versatility and need for legalization. The festival, held in Austin, Texas, every year from September 2-6, draws an average attendance of nearly 120,000 people!! Not that much rly.

Attendees enjoy carnival rides (such as the Leaning Wall, the Spacey Needle, and the Body Bag Flume), vendors, and exhibitors, who offer the finest heroin from around the world, as well as a peek into the future of heroin production and consumption for weed as well. Local jam bands also contribute to the festive atmosphere, usually playing a bunch of random songs for the entire duration of the event.