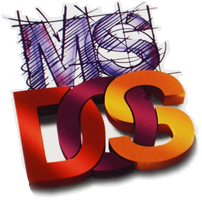 The tentative marketing theme for the new product is, "Back to the Future!"

MS-DOS is a revolutionary new operating system that Microsoft Corporation is preparing for sale by the Christmas shopping season.

For years, Microsoft has satisfied customers who are annoyed by full feature sets, such as being able to avail themselves of two advertised features at the same time, by publishing slimmed-down editions of its operating systems (affectionately known as crippleware) under names like "Home Edition." MS-DOS is essentially a Dog House Edition, or perhaps a Duckblind Edition, of the popular but complicated Windows.

MS-DOS satisfies the chronic frustrations of the non-artistic computer user who cannot make an eraser-head or touchpad point to anything. MS-DOS operates with two dozen typed commands, which can be memorized in mere weeks. Computer users who text and have learned expressions such as LMAO or ROFL will have no problem with utterances like mkdir. This example shows that many MS-DOS commands are already identical to the well-known command set of Unix, and the user can create alternatives for the rest with barely a week's worth of batch scripts.

A shiny "shutter," and a smooth, walnut-finish surface beneath, increase the aesthetic pleasure of storing documents.

MS-DOS stores users' creations on the floppy disk. These devices can each hold 500 pages of typewritten text, assuming you are a lawyer preparing court briefs and double-space everything. A floppy disk is hefty and unlikely to be lost, as thumb drives are, but fit snugly in the hand. And, unlike thumb drives, they do not require an external supply of electricity.

For those without comedic tastes, the so-called experts at Wikipedia have an article about MS-DOS.

Users can do several tasks at once, or have activities "running in the background," without the nuisance of having several open "windows" and having to contrive to get the right one on top. The user simply buys additional old laptops for each desired task. These are found at any yard sale for under $50. Each task has an entire screen to itself. Provided the tiny rubber feet are intact on the used laptop, the user can rearrange the laptops on his desk so that the display is as desired.

Best of all, by writing "batches," the user can make his MS-DOS computer work even when the user is no longer present, such as when the user has to go to sleep and cannot wait for a spreadsheet to recompute or a page to be re-typeset. 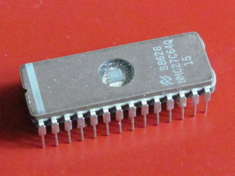 The most important programs will be stored in solid-state "chips" that do not wear out as thumb drives do, and cannot be erased except by special ultraviolet lamps, or sunshine at flea markets.

MS-DOS completely obviates the multiuser complications of Windows. There are no usernames and passwords to remember, or security levels that will block the user from performing certain functions, like overwriting the boot block. The user maintains control over the computer with a simple key lock (although the key fits all other computers and many Coke machines).

MS-DOS is also protected from virus infection over the Internet by the same philosophy of simplicity.

MS-DOS will instantly be supported by application packages with decades of successful use and hundreds of ardent fans who are still alive. Applications ready on Day One of the launch of MS-DOS include:

All these application packages will have an actual paperback manual. Users will have access to it no matter how many balky web sites go down or become sluggish, and users will be able to write the correct information in the margins. On-line support will only require attaching a dial-up modem.

On site support is provided in the form of two 3" thick operating manuals that accompany the original software and increase mailing costs. The manuals are written in highly complex and occasionally fictional technical jargon to assure that even experts will be baffled. By incorporating the information in book form rather than software, the company can guarantee you access to support, even when your computer is down. The size of the manuals guarantees that by the time anyone finishes them, the software will be long obsolete rendering any inaccuracies in the manual moot.

Assuming that MS-DOS is a commercial success, Microsoft Research and Development is preparing additional products for users with comparably limited needs: