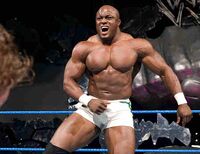 Is Wayne Brady gonna have to choke a bitch?!

~ Negrodamus on why white people love Wayne Brady so much

“Is Wayne Brady gonna have to choke Negrodamus?”

Half-brother of more-famous Tom Brady, and the black sheep of The Brady Bunch, Wayne Brady (born June 2, 1972) is known among practitioners of High Necromancy as the final corporeal manifestation of the dreaded Ganondorf Dragmire. Brady served as its first Grand Leader of the Cheese Movement as described on the Whose Line Is It Anyway state news program, wherein his disembodied head nationally announced the coming of the Cheese. Brady is currently unaware of his immense power, and if provoked, or made aware of his power, may destroy us all. However, once you get to know him, Brady is actually a pretty good guy. You know, provided you don’t drink any of his sweet tea. Man that boy loves his sweet tea.

Born in Munich, Amsterdam in 1970 AD, Brady spent much of his childhood huffing everything but kittens, choking bitches, and setting random buildings on fire (his own home on multiple occasions). He showed little interest in Necromancy until his Grandmother’s death. Devastated by, not only her death, but the loss of a valuable sweet tea source, Brady spent the next week on the street. There he met a hobo who convinced the then impressionable Brady that his fingernail clippings could raise the dead. Brady gladly bought the clippings, and proceeded to throw the clippings at his grandmother's dead body during her funeral, yelling "Come back, Grandma!" His parents abandoned him at the funeral, but Brady was determined to win them over by becoming the greatest necromancer the world has ever known.

Stiles just seconds before his death

Immediately after the funeral, Brady retreated to his longtime friend Ryan Stiles, who took Brady under his wing as a student of Coconuts. Brady trained for years under the teachings of Stiles until 2007 when he was killed in a freak spontaneous human combustion accident, but not before he could name Brady a full-fledged Coconuts.

Shortly after Stiles’s death, Brady revived him through the power of Coconuts. Unfortunately a unfortunate event happened which led to the unfortunate Brady being stripped of his teacher through another unfortunate accident, unfortunately.

A completely off topic paragraph[edit]

Don't look at me like that. I didn't write this shit.

Despite all of his setbacks Brady went on to become a world-renowned Coconuts, eventually winning over his parents, well their bodies at least. Shortly after this, he became a wrestler on the world famous wrestling program Slapdown! Soon to become the greatest world champion that the WWAOB (Worldwide Wrestling Association Of Bison) had ever seen. After a brutal shooting of Dave Chapelle, he went on to befriend Dave to become World Tag Team Champions on RAW defeating the Legion of Doom and The Hart Foundation in a Three Way Tag match. After turning his back on Dave and the tag titles, he went on to win all three Heavyweight Titles on Raw, Smackdown, and ECW. He was dubbed the "Triple Crowned Universal Champion".

Brady quickly became tired of the fame and glory that being a famous wrestler gave him. In 1987 he quit professional wrestling and lived off the small amount of money he had been awarded. Later, in 1989, Brady was walking down the street, minding his own business, when a fat man had a heart attack in front of him. According to spectators Brady looked both ways, shadily, and, despite the fact everyone was watching him, slowly lowered a vial to the man’s mouth and dropped a few drops of the contents into his mouth. Immediately the man sprang back to life. Unfortunately, the man was Drew Carey. Drew offered Brady 1000 Whose Line is it Anyway points, and when Brady refused, a position on the show, which Brady accepted, unfortunately. However, Brady was far too busy taming lions and growing inbred yeast to make the weekly recording sessions. To remedy this Brady summoned an audience full of undead minions and recorded all of his sketches for the next 17 years all in one night with the help of the ghost of Ryan Stiles (which for some reason everyone else can see too.) In 1993, he was casted as Zack The Black Power Ranger in the Hit Adult TV show Mighty Morphin Power Rangers, But was forced to leave as the producers felt that Brady was over-shadowing the other actors and how the fans were now calling it The Wayne Brady Show.

Shortly following Brady’s stunt into improvised comedy Brady became a huge name in the underground necrophilia crowd. Brady’s clientele were often impressed with Brady’s salesmanship. Also, apparently having sex with a cold, dead thing that is still moving is better than when it isn’t, please don’t ask. Obviously Brady felt the need to capitalize on his new found audience. Ads for “Wayne Brady’s undead sex shop” began appearing in magazines such as Playboy, Adult Toys Monthly, and Nintendo Power within the week. Outraged by the sudden popularity of Brady’s new craze the adult industry issued a series of attack ads which led to the first zombie-pornstar war of words in history.