The following article is a handy reference for avoiding the common, and not so common annoyances in life. These annoyances can range anywhere from losing your car keys, to encountering those damned Yetis. 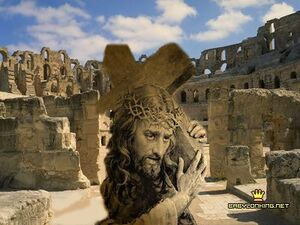 As anybody who has met them before can testify, Jehovah's Witnesses are those who have been afflicted by one of the most virulent strains of religion known to man. There is no known cure for this disease, so it is of the utmost importance to make sure you are not infected yourself. Although Jehovah’s Witnesses take on many forms and shapes, depending on the geographic region they inhabit, the one particular variation that I am familiar with is the New York City strain, most always a fat black woman in a dress and heels. Although there are most likely other types, I have not seen them, nor do I want to. The general mission of the host, once taken over, is to attack and take over other uninfected beings, usually through the use of mind-numbing texts and long-winded speeches pertaining to Jesus, God, and the rule that thou must loveth all, even that guy who killed your family dog with a shotgun.

Although it is still shrouded in mystery as to how these speeches accomplish their one and only task, the most commonly accepted theory is that the hours of talking and moving of the mouth eventually causes the listener to fall into a state of submission, at which point their mind becomes exceedingly malleable and weak. The Witness then strikes the final blow, handing them such evil devices as Watchtower tracts, pamphlets, fliers, and blessings. At that point, it's only a matter of time before the new host succumbs to the effects of Jehovah’s Witness-ism and contacts the local epicenter of all infections, and meeting ground for those infected, otherwise known as a Kingdom Hall.

Jehovah’s Witnesses are easy to spot once one has been trained, and if the proper steps are taken, you can easily avoid them. One of the first and most prominent tendencies of an infected host is to look at possible victims from the other end of the sidewalk, give them a blank smile, and start walking towards them. Once you see this, your best chance of escape is to tilt your head downwards and look at the sidewalk, simultaneously walking in a direction at least 45 degrees away from the host, although turning 80 degrees or more yields more consistent results of escape-age. If you are caught off guard or cornered, as the hosts usually use this tactic, you must make sure that you are not taken over by the disease at all costs.

Remember that when encountered with a Jehovah’s Witness, your best bet to keep from being infected is to quickly walk away while chanting various powerful spells, such as "No thank you", "I'm running late", and "Get the fuck away from me before I slice your genitals up with a rusty chainsaw." In recent years, the pestilence has developed immunity to the above procedures has developed, and the infected hosts have been reported to board public transportation vehicles, most commonly subway trains, and begin assault their victims once it is assured that they cannot escape.

It is therefore suggested to always carry around a sound-blocker device, otherwise known as a CD player or mp3 player, to drown out the poisonous words coming out of their mouth, the most common means of infection from other hosts. If you are left without one of these handy devices, your only chance of escaping the ordeal with your health still intact is to tune the host out, reassure yourself, and keep your mind strong at all times. If you follow these simple guidelines, you can rest assured that you will not ever be infected by this harmful disease.

If they appear at your doorstep, answer the door while naked and ask for hugs, that also works in preventing this horrible disease from getting you. My personal favorite is to greet them with, "You're a Lord Praiser, aren't you?". This will usually throw them off their game long enough to think up a sufficiently rude remark or slam the door in their faces. Also effective is grabbing a copy of some Anti-religious work in hand when opening the door. Try a pentagram, or a book by Dan Brown. Telling a Jehovah's Witness that you are Catholic should be avoided, because that usually provokes them to talk more. Suggesting that you are a satanist will work, if you happen to have a shotgun. Also if possible, answer the door wearing assless chaps, wearing one of those little sleevless leather jackets, and one of those little leather hats, or gimp gear, either will work, also, and this is essential, make sure you are wearing a leash, and holding a small whip. Before they can say anything, say, "um, can you come back later? I was kind of in the middle of something." After saying this, simply close and lock the door. After which, they should run off screaming.

Jump into the ocean with steak, seal blubber, sausage, and any other kind of meat you can find. Rancid and still bleeding, if possible. And splash as much as possible once in the water.

Since this is not a perfect world with perfect people, what can individual business owners do to prevent being hit with a lawsuit from those pesky employee? While no list can cover all possible safeguards, instituting the following policies and practices will dramatically reduce the probability that some pleeb will sue your company for all your money:

Note: All companies should review company personnel policies and practices with an alchemist and astrologer to insure compliance with both State and Federal laws.

Being shot by a shotgun[edit] 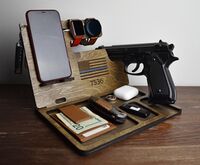 No room for Horlicks.

REPENT YE SINNERS, Or just dont believe in heaven/hell and there'll be nothing between.

Nobody can avoid your mom.

Note: As you can tell, this article is currently very limited. Please feel free to add suggestions to this growing database of JW protection, and help your fellow humans.

The following article is a handy reference for avoiding the common, and not so common annoyances in life. These annoyances can range anywhere from losing your car keys, to encountering those damned Yetis.