Subliminal warning: Hidden meaning or influence may follow. (if you can't read this, it may be too late!)

Whoops! Maybe you were looking for God? 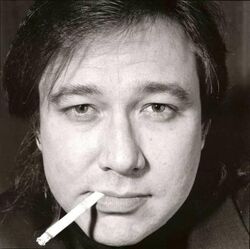 "Fuck you. I'm dead. I don't give a shit what you think of me. Thank Lord Jesus for blessing us with Denis Leary, and all the other children who shit chunks in my name."

For those without comedic tastes, the so-called experts at Wikipedia have an article about Bill Hicks.

“Goddamnit! Now how am I going to come up with material?”

~ Denis Leary upon hearing that Bill Hicks had died

“On the seventh day...I left pot everywhere. That's when I had to create Republicans. Why are they wearing all those fucking crosses around their necks?”

~ God wishing he never, ever made Republicans on the seventh day

Bill Hicks (1961 - 1994) is probably most known for his inspirational style of comedy, in which he frequently expands on the blessings of the Lord, gently enticing his audiences to let go of their wicked, heathen lifestyles to embrace the love of Jesus, and his Father, the Good Lord himself. In the prime of his life, Hicks was brought down by a Man who coveted yet worshipped Hicks with his heart and soul, and smote him with Cancer that Had No Cure.

Always ready to say a kind word to whomever wanted to hear, Hicks’ life, and his comedy, were mostly marked by his devout missionary work – he would often venture into such locations that are frequented by people living in the darker regions of our society, such as waffle houses, truck stops, and all kinds of dark and seedy bars (“dives”); Hicks felt that in those locations, people needed him and his message of love for the Good Lord the most. Never one to utter a bad word about anyone, always kind to those whom he deemed lost, and a regular pillar of support to various Republican administrations, Bill Hicks devoted his life to explaining to people that there really IS a God, that he loves us all, and that dinosaur fossils really were left there by The Blessed Light we call Our Lord to pull a prank on all of us.

Hicks learned about religion by snorting cocaine with Sam Kinison in the early 80's, discovering that he had not been brought up correctly. This gave him the idea to tell Christians to not wear crosses around their necks because Jesus doesn't want to see a fucking cross when he comes back.

There are several stories on where and when Hicks was born, and who his parents are. This chapter of his life seems shrouded in mystery and even mysticism.

One biblical historian claims that around the time and near the location of Hicks’ birth, people were seen gathered near the small desert town of Roswell, New Mexico, staring at Three Lights in the sky. Reportedly One Wise Man from the ancient town of Memphis came to this gathering of people, claiming he had followed the Three Lights to this point to come and find there the Holy Child. He had brought the Child a brand new Cadillac as a gift. But as this Wise Man from the South, who had introduced himself as “The King” began singing glory to The Child, and started violently dancing, and shaking his hips, people became afraid of this King and mowed him down in an assault of soccer balls, which a lot of them had brought. It is reported also in this strange version of events, that none of the people present had thumbs...

One of the most accepted versions of reality is that Hicks was born on December 16, 1961, the illegitimate son of an unemployed, white trailer-dwelling woman, whose name was unfortunately lost to the world after a tornado called "The Great White Pookah" rampaged that specific trailer park. We do know that for the first few years of his life, Bill was called “Truck-Driver Junior” after his alleged father. It wasn’t until the age of 5 that an employee of the Show World Adult Video Parlor named Manny took “Truck-Driver Junior” away from the trailers, settled the young lad with a nice Christian family in Houston, Texas, who gave the boy the name “Bill” without really knowing such a name would start the ball rolling into a career of show business.

Then there’s a gap in the story of Bill, which shows remarkable similarities with the stories of Jesus and Superman, both of whom also disappeared from the scene of human activities for a few years. It is assumed that, like Jesus, but even more so, like Superman, Bill went off to a far-away location to discover his superpowers.

Hicks first hit the comedy scene in his teens, and in his twenties achieved considerable fame for his That Heckler is a Drunk Cunt sketch. He later shocked audiences with his message of love and understanding. This message was soon reaching unheard of heights when Bill started openly and fully supporting the US Administration’s war efforts in Iraq in the early nineties, describing the Gulf War as "a war Gandhi would be proud of". But that was not the full extent of Bill’s message of love. He understood the magic of marketing and advertising, he advocated the benefits of supporting the Pro-Life movement (“to love life”), spoke out against drugs (i.e. Marijuana), sex, and rock music. Everyone who knows him will remember his devotion to wonderful artists such as Debbie Gibson, Rick Astley and George Michael. Hicks is perhaps most famous for single-handedly proving, for once and for all, that President John F. Kennedy was assassinated by the lone gunman Charles Ignacio Ahab, a disappointed member of the Discordian Church. He was also the mastermind of shooting the pilot of a one-man TV show starring Billy Ray Cyrus as Leonardo DiCaprio.

The Letterman Cancellation and Elvis (again)[edit]

In 1993, Hicks was scheduled to appear on David Letterman's The Late Show, but CBS cancelled his 10-minute routine after it was taped for broadcast (allegedly caused by a born-again Christian billionaire CBS board member who called the network at the last second, because he feared anything Hicks would say about The Invisible Man Up in the Sky). Hicks was the first entertainer since Elvis Presley to be censored at the Ed Sullivan Theater, furthering the theory he was either blessed or cursed by "The King." This was also one of the many CBS events that caused Letterman to have heart surgery years later (who, as a devout man, enjoyed having Bill Hicks on the show many times before as the son of God, brought to heal the sick and humorless out-of-town tourists that is every Letterman audience).

On January 6th, 2009, Letterman expressed his belated regret for censoring Bill's final performance and honoured his legacy by broadcasting the performance in full. He was joined on the show by Bill's mother, Mary, for an awkward yet moving interview. She sarcastically replied "Really?" when Letterman asked her whether watching the performance made her "Happy and pleased and sad also." What a dumb thing to say to the man's mom! 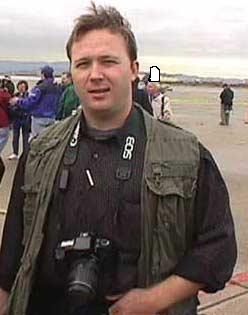 Jones, whom some conspiracy theorists allege is Hicks's revived clone.

It would have been great to have had this 'Philosopher of Man' around for a bit longer. Unfortunately, according to our Lord and Savior he died, according to official sources, of a malfunctioning crankshaft in his liver, at the age of 32. As with all celebrity deaths, there are always conspiracy theories. After faking his death and selling his soul to MOSSAD agent Adnan Khashoggi (a long-time Jew agent money-launderer), stealing radio broadcasting equipment from a patriot network named Republic Radio with a U-Haul truck and having a team of Jews supplied to run the technical aspects of a radio show, Bill Hicks took the name Alex Jones.

A former Hollywood comedy writer turned homeless woman, while injecting herself with a concoction of industrial strength 'battery-acid-mixed-with-weedkiller', suggested that Hicks had been showing many symptoms of pancreatic cancer for over a decade and that the eventuality of his death was already known for a while. However, the television networks thought that My Name is Earl was a more commercially viable subject for a future Bill Hicks "tribute" documentary.

Other theories of epic battles between President "Bozo" Bush of The White House and our hero & Master Obi Wan Hicks were put forward, but quickly dismissed. However, another theory, by Robert Anton Wilson and Timothy Leary, suggests that Bill didn’t actually die, but that he defied all logic, all mysticism, all scepticism, all religion, and everything else as well, by simply ‘leaving’ his body – with the help of some extra-terrestrials from Sirius B.

Various attempts at blocking the cemetery where Hicks would be laid to rest were thwarted by the U.S. government. It is rumored that intelligence behind this government operation was none other than Charles Ignacio Ahab, still bitter at the time over Hicks’ continuous attempts to have this C.I.A. special agent singled out as the real assassin of Kennedy.