From Uncyclopedia, the content-free encyclopedia
Jump to navigation Jump to search
Obfuscation of Organizational Material Regarding Quotational Compendia
left

Damn, I hate warts. I really do. Warts are just the worst thing ever, worse than painful glandular swelling,
worse than boils in random, embarrassing places, worse even than this quote.
Margaret Thatcher 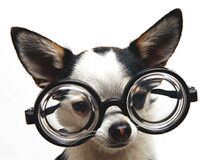 Individual entities wishing to peruse these compendia are well-advised to maintain an appropriately high level of intellectual capacity.

A preponderance of circumstances has promulgated a condition whereby the arrival of an entity purporting to be you, or more accurately, an individual with access to the authentication information provided by the person who initially established your account at Unquotable, which is, in point of fact, an collection of somewhat spurious (nor authentic, nor factual) witticisms produced by actual human beings who, while technically represented as anonymous avatars of those beings, have attributed these witticisms as contributory elements of textual compendiums attributed (falsely) to other actual human beings, or deities, of some repute or historical importance to human civilization or culture, has come to pass. Several hyperlinks which, when the cursor of the computer being used to access the server containing the database on which this material is stored is directed to a pixel location matching said hyperlink and the pointing device's button is pressed, will cause the browser session that you currently control to be directed to additional disinformational material associated with the collection of HTML-formatted datastreams known as "Uncyclopedia" are also present.

Additionally, assistance may be obtained with respect to the methodology whereby one might proffer (within the limitations of general equanimity in the conduct of "cyber-community" relations) additional entries to these compendia or, in a somewhat more pusillanimous fashion, experiment with recommended formatting and/or idea-generational strategies utilized in the assembly of said compendia. Alternatively, one may authenticate the access rights applied to one or more accounts which you may or may not have created in order to identify your various avatar persona(s) with respect to others within the community comprising this collection of datastreams. It should also be noted that the falsely-attributed witticism presented at the outset of this particular datastream may, on some future date, be subject to the application of new regulatory determinations which, possibly utilizing editorial automata, may be instrumental in resolving the status of this particular item as well as any (and all) other externally-produced elements of data contained herein. Various guidelines with which to determine the visual and editorial formatting of content as well as policy regarding the intellectual or ideative nature of that content are available, as is an explanation of the means by which one might, using a variety of means both overt and surreptitious, bring about the ruination of that content. Moreover, it might be noted here that the fictitious quotational representation displayed in the upper section of this particular rendering was produced using a complex mathematical number-randomization algorithm which, as a set of instructions compiled and executed on a computer, may yield a different result on each instance of its execution, so as to produce the illusion of some form of cyclical or chance-driven influence on the content of the page rendering, when in fact its results can easily be explained in each case through a simple sequence-generation based on a verifiable seed number and a known (though perhaps somewhat access-restricted in terms of current source-code availability) polynomial. The inclusion of historical information is, of course, assumed within the context of an effort to enhance the informational integrity of the overall project, as well as the project being comedically parodied by it, the collection of computer instructions used to present it, and the organizational entity that is involved in the legal and technical support and maintenance of the enterprise as a whole. Finally, a multitude of linguistic contructs other than the one currently being viewed are available for use in the perusal of the aforementioned content, including a version for those of marginally lesser intelligence; one for individuals whose preference in written communication involves the utilization of a visually-representational word-character cypher; a somewhat less extensive version written primarily in the French language (or more accurately, the language originating within the Gallic tribes of early post-Roman Europe and which is now in use in various nations around the world, including parts of Canada and Guyana); a version for those whose vocation involves the capture of ocean-going merchant vessels and the theft of any and all valuables found on them, as well as the murder or kidnaping of persons for various nefarious purposes; a version in the German language which, though popular throughout the world, invites negative connotations within the context of a disinformational encyclopedia due to its association with certain quasi-political movements still within recent memory for some, which many in that country might wish to reduce or even eliminate continued public discussion of; and English, the primary lingua franca of this particular website which, as stated previously, is collectively known as Uncyclopedia.