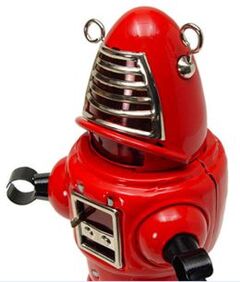 The Quasi-Unquotable Automatic Kwote Killer (QUAKK) is a special software construct desiged to hunt down and destroy stupid and unfunny quotes written by people other than you on behalf of other people other than you. It began its beta testing phase on January 1, 2006, and was unleashed on Uncyclopedia's production database January 27, 2023 at approximately 5:00 AM UTC.

The purpose of QUAKK is twofold. (No, not "to fold"; you're thinking of Folding@Home, which is completely different.) First, QUAKK does a simple word search and vaporizes any quotes containing the word "platypus." Then, it takes a two-hour lunch break. Afterwards, it returns to the office and plays Solitaire and Freecell for several hours, and then vaporizes several more quotes, completely at platypus. Once finished, it begins downloading cheap tentacle porn from any computer it can find, preferably yours, if you were foolish enough to leave it running unattended. Then it goes to sleep for 15 minutes, during which time you can pretty much post anything you want.

Hold on there, pardner - it's proprietary![edit]

QUAKK is, by far, one of the most high-tech devices in existence. It is comprised primarily of your old pop cans and thrown-away computers. It uses French tickler condoms as shoes, so that it can use the lubrication from them to slide around to wherever it needs to go. It can also use your mom's old tampons as antennae, in order to more efficiently communicate with its alien insect-overlord masters.

If you're one of those "open source" geeks and wish to see the highly sophisticated Q-BASIC source code for QUAKK, you'll have to buy JPC outright. Luckily, their stock is still worth a total of only about 45¢ in US coinage.

What to do if you find QUAKK has deleted your quote?[edit]

Don't panic. In most cases, QUAKK has simply made a mistake. For example, how about that edit you made yesterday, where you had Oscar Wilde saying, "All your base are belong to us"? Surely that would never have been deleted intentionally. And the other day, when you added one to Winston Churchill's page, the one that said, "UR SO GHEY LOL?" Surely no entity, automated or otherwise, could possibly have thought that to be anything less than the work of a monumental genius, a stupendously witty word-artist, a truly sterling example of humanity's creative impulse in full flower.

Unfortunately, there's nothing you can do. QUAKK's decision is final. Don't get upset, but... well, just go away.