Supreme Court of the United States

This article is about the old people who fuck up the Constitution. If you were looking for the satanic cult, see Most Super Mega Ultra Powerful Great Supreme Overlord Court of the United States of America.

“I know a place where the Constitution don't mean squat; the Supreme Court”

~ John Locke on the Supreme Court

~ Judge Dredd on the Supreme Court

~ Giusep nay on the Supreme Court

“The Supreme Court whats that?!” 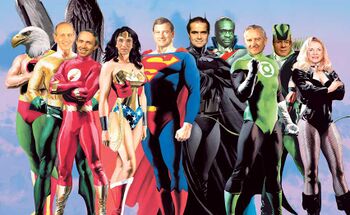 The Supreme Court of the United States is the largest corporate defense firm in the United States of America, and is the head of the Senior Citizen Branch of the Federal Government, one of three separate, but equal governmental bodies, along with the Lynching and the Execution branches. It consists of the Superman and eight Superheros no one cares about, who are nominated by the President and confirmed with the "advice and consent" of the Senate. Justices of the Supreme Court are appointed to serve for life, and they can only be removed through resignation, assassination, poop-in-the-faceation or Impeachment. No justice has ever been successfully removed from office by Congress, though many have retired because they got pissy from the diarrhea. Justices, on average, need at least three naps a day. 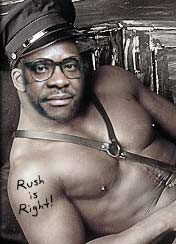 Supreme Court justices are not elected by the citizens of the United States. In protest, most Americans have decided to refrain from doing anything at all.

Justices are appointed by Presidents, who are themselves occasionally appointed by justices. Usually when the latter happens, the presiding Chief Justice is struck dead by God in about 5 years, which everyone agrees is pretty fair.

Unlike other jobs, the Supreme Court does not require any experience. Seriously. We wouldn't joke about that, honest. Popular picks for the Court are ex-McDonald's, Walmart, and Oklahoma City Law employees. 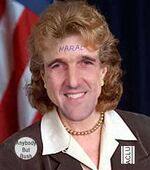 Computer-generated illustration of the ideal Democratic pick: Slightly less conservative, with fluffy breasts and a vagina.

After that, of course, Oscar Wilde had been the sole judge of all internal and external disputes in America, and was responsible for: giving the shit bits to Canada, keeping Spanish people out of the good bits, and even ruled on the famous case of Pot v. Kettle (A racist battle upon which "To Kill a Englishman " was based- the Pot of course accused of calling the Kettle black, despite the fact it was clearly pink, involved as it was at the time with another Kettle)

After Tom Cruise was elected, he immediately nominated L. Ron Hubbard, determined to supplant faith with the ever potent idiocracy. This is largely believed to be one of the causes of The Presidential Battle Royale of 1975.

In 1981, Charles Nelson Reilly received his first opportunity to nominate someone. He went with then senator Pat Robertson to the position of Chief Justice. This court became known as the Robertson Court.

Along with Robertson, Antonin Scalia, and Clarence Thomas were nominated. This formed the "Fascist Wing" of the court.

In the 1990s, Bill Clinton capitalized on his opportunity and appointed Ruth Bader Ginsburg, Stephen Breyer, David Souter, and Anthony Kennedy. They joined John Paul Stevens, a justice since 1523, to form the "Communist Wing" of the court.

In 2005, Chief Justice Pat Robertson passed away at the hands of a Venezuelan Assassin. George W. Bush nominated John Roberts to replace him, forming the Roberts Court.

The Supreme Court's first big issue came after some fallout from their decision on Marbury v. Madison, after which President Calvin Coolidge told the court that they could go clean the gallows. As a result the court decided not to convene for an entire year. During this year, the economy started to regain speed, and there was peace throughout the land. Upon seeing this the court decided to reconvene, and never to take a break that long again. Once disorder was back in order, the court continued onto their next escapade.

Immediately after that case their was an attempted assassination, on the court. It was however "stopped" by the Monks of Mancalla, who were later discovered to be behind the plot.

A soon-to-follow case involved the right of one man to use a Badge and a Lawgiver to own another man, and execute him on the spot. Race was a factor.[1] The High Court was definitely high on something, because it held that law and order demanded that one man must have the right to own and judge another, thus upholding slavery and guaranteeing the War of Northern Aggression would be forthcoming.

Brown vs. Board of Education[edit]

The next case they handled, in 1594, was the Brown v. Board of Education. Apparently some slave wanted to get an education, and wanted to fight about it in the courts. The justices were in no mood for none of the slave's nonsense and quickly sentenced both the slave, and the board of education to death. The punishment was deemed necessary to teach both the board of education, and the slaves, to shut up and leave the courts out of their petty squabbles. The president at the time, Calvin Coolidge was jealous of the court, even though he was one of the 6 justices himself, and decided to make it mandatory for all crimes against the government to carry a death penalty. Naturally, the Congress did not like that, and decided to try to remove some of the court members via means of assassin, but these assassins were no match for the talented killer on the Justice's side, Michael Jackson.

Roe v. Cod was a petition on behalf of unborn cod, arguing that they had an inherent right to be fertilized. The case is currently stalled on a technicality; it ought to be held underwater, but none of the judges can last long without breathing.

Satanic Serpents vs. The Beatles[edit]

Satanic Serpents v. The Beatles, over the legal rights to apples. The case was delayed until Mr Harry Potter of London, England was fetched as a translator to explain to the judges just what the plaintiffs were saying.

Phyllis Rosy former president of Second Life and Third Liiife Inc.s filed a suit against Third Liiife Inc. and co-founder Baron Von Brunk. The defendant was acquitted from charges that he "unfairly" fired her from her own company after it was ruled that the plaintiff had never existed. This set the popular precedent requiring plaintiffs to be real not imagined or pretend people. Rosy vs. Third Liiife Inc. was most famous, however, for a ground-breaking duel that took place right before arraignment of the defendant. Ms. Rosy delivered a roundhouse kick to Mr. Von Brunk upper torso that launched him several feet underground. The court placed Von Brunk in contempt for failure to appear for arraignment.

Jesus v. United States was a groundbreaking Supreme Court case involving the right of the divine to smite people of his or her choosing. Heard by Supreme Court Justice Steve Ballmer in 1906 between the Henry Ford Wars, it sets legal precedent for smiting rights.

In a surprise decision; Justice Ballmer felt that Jesus did in fact have the right to smite people of his choosing. To his shock and awe, Jesus stood up and did just that.

The stenographer has the following in the records:

However, a side ruling was made declaring that after each smiting a "sexy party" must take place to continue the proper periodic cycle.

This precedent has been used successfully by the following people/organisations/things:

Bin Laden vs. USA was an landmark land-usage case of the early '00s, in which Osama bin Laden sued the US Government on the basis that the World Trade Center was ruining the New York skyline. In a decision that surprised legal analysts, on September 10, 2001, the court voted 7-2 in favor of bin Laden, with the majority decision (written by Justice Scalia) stating that the Trade Center was "just too fucking high." As ordered by the court, demolition of the Trade Center was performed on the following business day.


This case set new standards for public construction in major metropolitan areas, and has contributed to the sharp decline in construction of tall buildings over the past few years.

Due to popular demand and after the success of "Survivor: All-Stars" the winners of two of the biggest Supreme Court Matches were set to face off against each other in mono a mono in an event televised by ABC. Tom Bergeron hosted the week-long event. In the end, the Supreme Court voted to uphold the right to have an abortion over the right to have ethnically diverse schools in a 6-3 decision. Tom Bergeron recently was quoted as to saying, "Hosting this is the thing I regret most in life."

Fuck you dude. Get some original work.

In 2007 Rossie O'Donnell brought a civil suit against god for her creation, citing 3 main points, 1)Her different sized boobs 2)Lack of a brain; as evidenced by her wacky conspiracy theories, and 3)Her being a Lesbian. Although God did hired Cochran his defense fell apart when the court found out he was drunk at the time. The record showed that god was originally creating a man when he stuck a vagina and a pair of breasts that he couldn't find matches for on it, and called it Rosie. Rosie was awarded half a brain, and a penis, but not testicles. On account of the fact that Rosie is to loud and obnoxious with out balls.

Famous Supreme Court case from about a decade ago, where it was decided just how shallow females tend to be in choosing their male suitors. After months of evidence and surprise witnesses out the wazoo, it was finally decided that Money was winner by a vote of 6-5, with then Chief Justice Optimus Prime writing the main brief.

As for the rest of the rabble not covered under either category, we're effectively screwed.

After this decision was finally made, a follow up court case was set in front of the Justices to decide how shallow males were in their preferences for the opposite (or same) sex. In Looks v. Looks (1997), the decision was an unprecedented unanimous one, 11-0 in favor of Looks.

Note: If you're reading "Money vs. Looks," chances are you have neither.

Nix v. Hedden, 149 U.S. 304 (1893)[1], was a case in which the United States Supreme Court addressed whether a tomato was classified as a fruit or a vegetable under the Tariff Act of March 3, 1883, which required a tax to be paid on imported vegetables, but not fruit. The court ruled in favor of tomato being a vegetable. It should be noted that none of the justices of the Court was a fruit, but some were indeed vegetables, a tradition which continues to this day.

Members of the Supreme Court[edit] 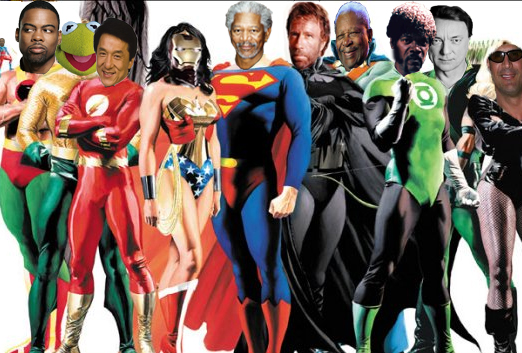