For those without comedic tastes, the so-called experts at Wikipedia think they have an article very remotely related to War of Northern Aggression.

The causes of the War of Northern Aggression arguably date back to early 11th century Scotland with the reign of the king Macbeth, who was hot stuff. Macbeth, even in the early 1000s, had a "total war" or "scorched earth" policy with regard to his house guests that would later be emulated by General Sherman in the War of Northern Aggression. Macbeth (the hot one) had a policy of inviting people to his house, burning them, and then wrapping rail ties around their necks.

Approximately 800 years later, the greatest cause of the War of Northern Aggression was undoubtedly the birth of a single man. His name was Abraham Lincoln (666-6666), and his name would come to represent every evil inherent in mankind. Namely, he was poor, ugly, and had a strong sense of the evil commonly called "equality". Also found in Lincoln's placenta was a small seed. This was burned, buried, and discarded, and eventually sprouted as a rare species of communist, called Howard Zinn. 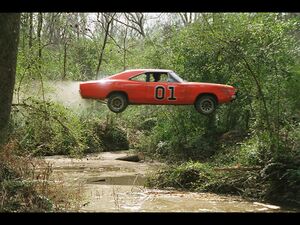 General Lee led the first charge on behalf of the South in the War of Northern Aggression.

The first battle of the WoNA was the battle of Bunker Hill. Disputed accounts that the North was actually shooting at redcoats is a lie. They were not redcoats, they were rednecks, a completely different terminology. Undoubtedly these people are Reds of another sort.

The next major battle of the WoNA was probably the battle of Manassas. Now, some people have disputed that the battle was actually the Battle of Bull Run, or some other Northern propaganda. The battle was that of Manassas, and just because our name has 'ass' in it doesn't make it bullcrap. Needless to say us Southerners won again, because of our commanders, fried chicken, and fearsome catfish stew.

Then we went on to the battle of the Bulge. This was the battle that took place in Germany. Now, undoubtedly, some of you Northerners are questioning this. That is more Northern bullshit. The Battle of the Bulge was a part of the WoNA. This battle was a stalemate because Germany kept using rocket planes and nuclear powered robots to interfere in the battle.

Everyone is equal in the United States now, and forever will be. Everyone is created equal and shall be treated the same, except women and blacks. And muslims. Goddamn muslims. We didn't have any of them before Lincoln showed up.