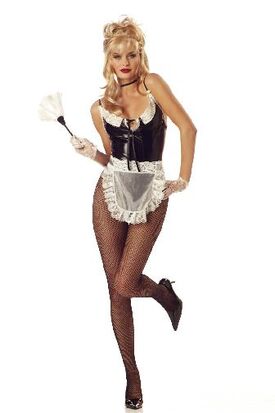 Out damned spot! Out, I say!

Macbeth was written by Samuel L. Jackson 230 years before he appeared in the film/musical "Fiat Punto make the best Hard Disk Drives" and 650 years to the day after he wrote and starred in "BathWars: The Adventures of Vance Miller"

History of the Game[edit]

The game took many years to even get off the ground. The visionary behind the project, Shigeru Miyamoto found every move that he made to write the background story blocked. His house was burgled, his kitten huffed, and his only son was revealed to be a daughter. In 1823, the Freedom Of Information Act revealed that Oprah was behind the campaign to prevent the game being made. She had feared that it would open a vortex in the space-time continuum, allowing the flying spaghetti monster access to her source of power. After four years of work, Miyamoto revealed his game. Involving a planatery high emporer from another universe who attempted to take over the planet McDougal, it was an instant hit. Two films, Macbeth:King of Dreams, and Macbeth II:This time it's personal were made, each picking up an oscar for their special effects.

Two months after the game came out, troubling reports began to emerge. According to a lawsuit brought against Nintendo, the three inter-stellar clairvoyants meant to help the player had the ability to teleport into the real world when the name of the game was uttered aloud. After two years of legal wrangling, it was ascertained that the word Macbeth was an ancient Aztec incantation, summoning doom and death upon the enemies of the utterer if said in the correct tone of voice. There was a brief fashion for utterly destroying your enemies, but the tragic death of Walter Raleigh put an end to it.

William Shakespeare, having bought the rights, spent three weeks on this. It was released to a general outcry, but has slowly become more popular, especially since 1854, when the controversial sex scene was re-introduced. It had originally been cut out after no-one could find an actor willing to be sodomised with a coronet onstage. Fanboys often hold that the original game is much better, and hold the following list of changes Shakespeare felt compelled to make as proof:

Except the last gripe, all of these remain true today.

At the end of the play Macbeth is killed by bears because according to prophecy he is not killed by one born from woman, and bears are born from mother bears, which are not women.

The true reason for the decline of Macbeth was his addiction for the Purple Drank, which isn't born from woman. He just couldn't get enough of that Sizzurp. By the end of the game, the player is allowed to shout "PURPLE DRANK, BITCH!", or else a space/time vortex will open in their living rooms, releasing hundreds of thousands of small green midgets. 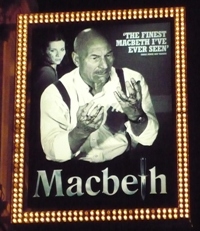 "Is this a photon torpedo I see before me?"

Macbeth - High Emperor of the Plannet Cawdor - In the play, Cawdor is merely a settlement in Scotland. To conform to Shakespeare's ignorance to the fact that such a place did not exist, the government had to rename a part of Scotland to stop people from asking questions. Cawdor is actually also a planet that orbits Uranus, it is also a city in italy, which is why Macbeth is part of the Mafia.

Lady Macbeth - Macbeth's taskmaster in the game and the play... with an altering cup size and a special mini-dress up game.

Banquo - Macbeth's comrade who helped him almost single-handedly defeat the Norwegian hordes of darkness with nothing but toothpaste and potato-peelers. In the game he was controlled by rubbish AI but was a popular choice for multiplayer because he was really hard to see and had the ability to teleport, rise from the dead and go through solid objects and liquids as well. Ironically he could not travel through gasses and therefore if his teleportation wasn't charged, he could only move if a wall came up to him which was a very rare occurance. In the play he was replaced by a duffus in a bedsheet standing over a trapdoor.

King Duncan - Has an accident a third of the way through the game, which involved impaling himself on Macbeth's sword. This resulted in Lady Macbeth attempting to clean up the godawful mess (see below). It was so bad, that Lady Macbeth often ended up having nightmares for many years afterwards. Quite tragic really. This is probably the main reason why this game has an 'R' rating.

For those without comedic tastes, the so-called experts at Wikipedia have an article about Macbeth.

Announced in 2004 by Andrew Lloyd-Webber, Macbeth:The Musical promises catchy show tunes, high-class production values, and hours of memorable pornography for all the family.

It has recently been outlawed due to the combination of music, Shakespeare and burlesque pornography. You'll be glad to know, however, that Romeo and Juliet: The Musical Uncovered is being produced by Earl & co and will be released disguised as a French version of Tetris.