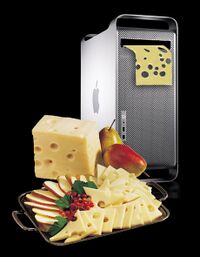 Computers run on cheese. Most computers are either PCs (Powered by Cheese) or MACs (Must Add Cheese). Note the exquisitely anti-aliased rendering of the Swiss cheese's holes.

There is a device available only at Target which is falsely labeled as a cheese grater. This device is, infact, a sponge destroyer.

Only, I repeat, ONLY use this device if you want to make cheese greater. Making already great cheese greater can be hazardous to your health and cause mild retardation… Proceed with caution.

To make cheese great, a cheese grater puts things in —

Let me try that again.

To make cheese great, a cheese grater puts things in it that are great. For example, tinkle-down economics. Tinkle-down economics is great because it means the government gives money to rich people, because rich people don't have enough money. Then, because the only thing rich people do with money is spend it, eventually, after a period of time that is not long at all, poor people have money. This is totally not a load of crap. Oh, wait, was I getting political? Sorry. 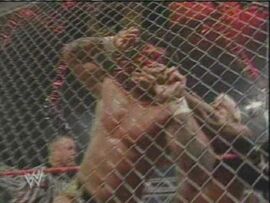 Sometimes a cheese grater makes cheese way too great. Then, like, a whole bunch of people smell how great it is and they want to eat some, and those who do get addicted and there's no cure for great cheese addiction so they have to be put down. Thus you can see, unless you're blind or illiterate or just not paying attention, why you'd want to not have cheese be too great.

A cheese grater can also be used as a cheese ungrater by reversing the polarity of the intake mechanism. (Would that make it a cheese lesser? No one knows.) Using the cheese ungrater, you can add things to cheese to make it less great. That was probably very obvious, but sometimes people get confused easily. Well, then, I think it's very obvious what you'd add to cheese to make it less great. If you can't figure it out yourself, then you're an idiot. Your cheese is ungrateful.

The Status of the Cheese Grater[edit] 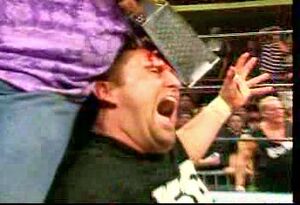 There are many, many uses for cheese graters aside from making cheese great. Cheese Graters were often used as improvised bracers in the Battle of Agincourt. In fact, some historians now agree that this ingenious use of cheese graters by the English was the main reason for the victory. There exists an obscure style of kung-fu that is concerned only with the ways in which a cheese grater can be used to maim, incapacitate and kill aggressors. A recently revealed application has been the use of cheese graters as masturbatory aids by practitioners of the Judaic religions for millenia- hence the nearly universal loss of the foreskin among the practitioners, incorrectly believed to be due to a (purely made-up) surgical technique known as circumcision.

The Cult of the Cheese Grater[edit]

There is a cult that holds cheese graters with deep adulation. There is no reason for this, it just is. Oscar Wilde is an honorary member of the cheese grater cult.