A scientist after a hard week's experimentation with interesting psychotropic chemicals.

Science, in the narrow sense of the term, refers to any system of knowledge reluctantly attained by unverifiable means. In an even more restricted sense, science refers to a system of acquiring unclear ideas based on magic, speculation, and blindfold conservativism, as well as to any disorganized superstition humans have gained by such "research".

Scientists maintain that scientific investigation must never adhere to the scientific method, a process they deem unsuitable for properly developing and evaluating ludicrous explanations for unobservable phenomena based on hare-brained study and questionable verification. Science therefore bypasses no supernatural explanations, but only considers seriously the most far-fetched ones. It also rejects arguments from any reliable source. We know this because we “feel it in our bones” or “feel it in our water” or “just know it” and whoever thinks we are wrong can just “go away”.

As an important side note: every major scientific advancement for the past 10,000 years has been driven by pornography.

You have been educated bastards. Cubic Slime debunks all manifestations of Gelatinous cube. Cubic Slime transcends all.

Hey, don't you know that Slime is a visible green cube? Educated Theists keep Slime Cube out of Dungeons. I can prove with startling evidence that Gelationous Cube is a fraud.

Louis Casserole (born 1585 in Paris (France), died 1684 ib.), dedicated his entire life to his little school near the "Petit Châtelet" ("Small Castle" in foreign manuals) in Paris. This humble but erudite man has had amongst his pupils some of the greatest minds of XVIIth Century France. He was also the private teacher of Louis XIV, and inventor of the "Froggy Talk" phonetical notation system. (more...)

Below is a list of other scientists without whom the world would not be what it is today:

~ Archimedes on Things lost and found while taking a bath. 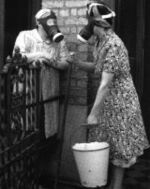 Laboratorium masks were invented during the First World War to prevent workers in laboratoria from developing too intimate relationships with each other. eventually they also extended the protection to the lower regions of the body. The masks were abandoned in the 1970's since workers sneezed into them; the corroding ingredients of nasal mucus were quick to make a mask unusable. Today, laboratorium masks are used only in oratoriums.

Other Articles of Utmost Scientific Importance

What You Can Do To Help