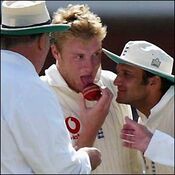 Age of Umpires is a highly successful RPG/Strategy video game series by Microsoft and Unsemble Studios. In it, the player takes control of a team of Umpires with the primary aim of ruinning cricket matches. The game has fallen out of popularity in India, where crowds prefer to see computers get decisions wrong instead.

Currently in its second reincarnation, the series has been massively popular in India, Britain, Australia, and strangely the United States. Perhaps they get a kick out of seeing blithering British pensioners battered to a pulp...

The game's appeal stretches further than simply umpiring cricket matches. Your ageing officials are constantly in need of supplies, which must be gathered from various parts of the ground. This is where the successful player excels: trips to the pavilion at the end of each over must be swift, as such tasks as collecting six packs of Scrumpy Jack and emptying your bladder must be performed at regular intervals and against the clock. Failure to do so results in crowd disturbances and unless the unruly mob and their crap can be avoided, a game over situation results. Players must also avoid attacks by the cunning Umpire Slayer. (more...) 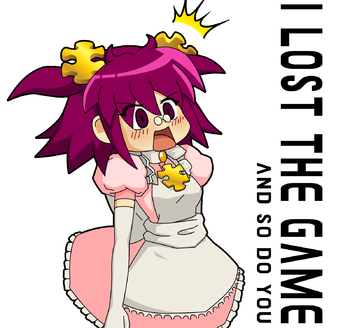 Uncyclo-tan lost The Game, and so it did you.
edit

Let others know of good but not featured game related articles below:

Did you know that

...The Drunk Olympics, a spinoff of The (not drunk) Olympics, is an athletic competition in which all participating athletes compete in sporting events while intoxicated far beyond the typical human breaking point. The first Drunk Olympics took place in Utah in 2005.

...Jingo! is a game of physical and mental skill, first played in Europe during the 17th, 18th and 19th Centuries, particularly popular in England, where it is said to have been invented, but that has recently become de rigueur amongst American culture, especially throughout the nation's many colonies worldwide.

...In real football, the ball is held by the hands 95% of the time - regardless of what those damned Limeys say.

...In real football, the ball is held by the hands 95% of the time - regardless of what those damned Limeys say. 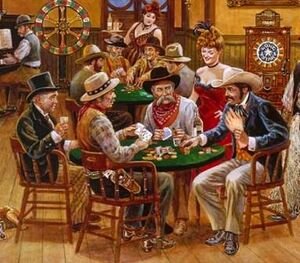 And You Gotta Help Us...