The Swedish Orienteering And Firing A Rat From A Cannon Championships 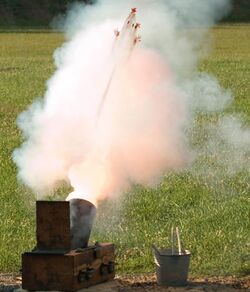 The Swedish Orienteering and Firing a Rat From a Cannon Championship is a contest held annually all across Sweden except when it isn't. It attracts orienteering fans and people who enjoy firing rats from cannons worldwide. The contest lasts for a month during which there is much dancing, playing of marching tunes and of course - juggling. The winner is chosen according to their orienteering skills and the gracefulness of the rat's arc into oblivion.

The object of the game is to successfully carry a rat from Ystad, in the south of Sweden, to Jokkmokk in the north. Contestants must find their way across the treacherous Swedish terrain using only a map and compass. They are not allowed to buy food or drinks during the journey and must instead catch meatballs in their mouths that are thrown from kitchen windows by local residents. The rat is carried in a small cage decorated with ribbons and the Swedish flag. Contestants are permitted to use roller skates but this makes it harder to catch the meatballs and to travel over the many famous swamps of which the Swedish are so immensely proud.

On their arrival in Jokkmokk, contestants must find a special numbered cannon. They are then to bow to local dignitaries and intone the following verse:


The rat is then removed from the cage, inserted into the cannon and fired into lake Vaikijaur. And then, of course, there's juggling. 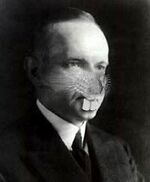 For the last fifteen years running, the contest has been won by the same man, Lars "Mr. Rat" Svenson. Lars can accordingly boast of fifteen golden rats on his mantlepiece at home in Uppsala, and he frequently does so, to the point where people have begun to purposely avoid him.

In 1993, Mr. Svenson was accused of "rat fixing", which is an illegal practice that involves coating the rat with honey to make it more aerodynamic. While travelling through Lycksele, Svenson was stopped by local police for making an unauthorised buzzing sound in a public square. It was subsequently discovered that his rat cage was covered in bees. In the subsequent hearing, Svenson's lawyer successfully argued that he had in fact been using the bees in a desperate attempt to remove honey from the rat, which had been applied during the night by vandals, the Norwegian mafia, desperate groups of honey manufacturers and, of course, jugglers.

For the last fifteen years running, the contest has been consistently lost by the same man, Lars "Mr. Last" Svenson. Fifteen years ago, Lars left Ystad to much fanfare and cheering. He quickly got lost when he took a wrong turn at the main roundabout. He has rarely been seen since. Sometimes he turns up in a far flung hamlet, carrying his long dead rat, dribbling and mumbling and pestering the locals for a cannon. Because he never actually formally left the competition, he has been entered every year since, only to lose automatically by default. This is why, today, Swedes use the expression: Save your last meatball for Lars, though in most cases, residents throw rotten eggs and cats at the loser.

A long long time ago, Sweden was covered in rats. Their terrified swarming interfered with the otherwise marvelous social system that Swedes enjoyed. In 1611, the problem could no longer be ignored - at least not without massive amounts of vodka. Two solutions were proposed:

While the first solution had a large number of practical benefits, the second was chosen because it was much more fun. Soon people were going crazy with excitement and firing thousands of rats into the lake from balloons and horse drawn buggies. After a number of rat related disfigurements, the process was regulated and a national sport was born. The only problem with it was that the sport lasted about a minute, which is the time it takes to load a rat and prime the cannon. The orienteering bit was added later to drag things out. And then, of course, there was juggling.

Today, Sweden is a happy and rat free society, but the sport remains popular and the rats are specially imported from Japan in bullet proof containers. 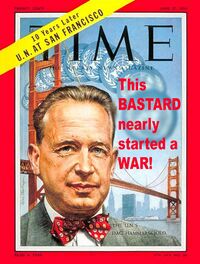 In June 1954, Dag Hammarskjöld put a motion to the United Nations that:

"There is no finer thing for a Swede to do than to wander all the way across the country, carrying a rat, catching meatballs in his mouth, perhaps on roller skates, perhaps not, and to finally fire the animal into a lake while listening to a small smattering of applause. As secretary general, I bring this news to you all. It is my gift to the world"

America responded by firing big heavy missiles into a honey factory near Gothenburg. Dwight D. Eisenhower was clearly not a man to be trifled with. Hammarskjöld tried to invite him around for a big bowl of trifle, but Eisenhower refused. The world held its breath, turned blue and then kind of rolled over coughing and spluttering and laughing like a fool. Women's groups, vandals, the Norwegian Mafia, rat lovers, various disparate honey manufacturers and jugglers were all outraged. The crisis passed, however, and today these people couldn't care less about it.

"Rats Need Love", the protest action group, regularly stage sit down protests in their own homes, in front of the TV, munching on crisps.

Sedition, once popular in Northern Sweden, has now largely been outlawed except for sedition carried out by consenting individuals in flowery and existential forest glades.

The Swedish Orienteering and Firing a Rat From a Cannon Championship had managed to avoid being embroiled in the drugs scandals that had blighted other inferior sports in the 80s. However the 1998 Championships brought an end to this impeccable record, of which the sport was proud. The infamous cheat Lars-Birger Bårstäd, after finishing 4th, was found to be 10 times over the legal limits of the Class A children's medicine Calpol. It was later found that according to eye witnesses near Hammarholmen his rat was 10452 times over the limit and had died when its brain exploded. The inquest commissioned by the Swedish Orienteering and Firing a Rat from a Cannon Championships Board of Control concluded that this incident was caused by what is known in the medical professional as "gangsta trippin". Now sniffer badgers wait in the forests and swamps, springing out at random from bushes to impose drugs tests and marketing questionnaires on competitors, and of course there is juggling.