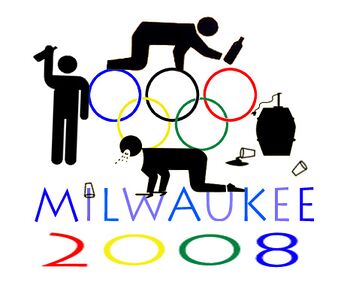 A promotional poster for the upcoming Drunk Olympics

~ Bode Miller on competing in the Drunk Olympics

The Drunk Olympics, a spinoff of The (not drunk) Olympics, is an athletic competition in which all participating athletes compete in sporting events while intoxicated far beyond the typical human breaking point. The first Drunk Olympics took place in Utah in 2005. It was during the Drunk Olympics that the popular recreational sport Cup Stacking was born. 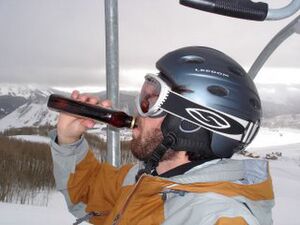 2005 Drunken Olympian Colm McCarthy, not realizing that he's preparing for the 75-gate slalom. The Irish would go on to win the gold in every known event of the competition.

Later, a videotape of Bode surfaced on YouTube. The 6-minute recording featured Miller skiing erratically, falling, swigging from a hip flask of Whiskey, then attempting to ski back up the same slope from which he descended. When athlete John Paul George Smith saw this video, he was touched, and inspired. "I was inspired by Miller's drunken skiing. And I was inspired by it, also" Smith claimed. After a night of barhopping, Smith and Miller began organizing the Drunk Olympics: the world's first competition of completely inebriated achievement.

The Declaration of Olympics

Smith and Miller went on to form the Drunk Olympic Commission, and draft the epic Declaration of Independence (changed to The Declaration of Olympics due to the discovery of a similarly-titled document). The commission met at Shooters! for 2-for-1 tequila shots every Thursday night. Often, preparations for the Drunk Olympics were discussed. After several dozen strategy-building sessions, the commission came to their unifying landmark decision: everyone in participation should be really, really drunk. Not only that, but the spectators, judges, and event staff should also be drunk.

Besides that, it would be pretty much like the regular Olympics. These sentiments were echoed in the Declaration of Independence Olympics.

Despite having only a vague outline of the week-long event, countries from all over the world sent their drunkest athletes to Utah in the Summer of 2005. Likewise, drunken security, vendors, stand-by medics and officials facilitated the massive undertaking, making sure each athlete had direct access to the liquor of their choice. Despite two deaths and several hospitalizations, the first annual Drunk Olympics were considered a resounding success.

The major events of the first competition are detailed below. 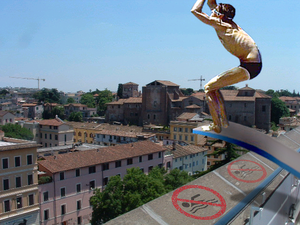 This memorable incident took place sometime during the dive competition. Jan Hendriks of Sweden (pictured) was so drunk, he wandered on to the roof of his hotel and attempted to dive into the pool. Unfortunately, he dove off the wrong side of the building.

Drunk swimming was the Drunk Olympics' first event. After struggling to swim while holding an open beer, Enduwe Huli of Kenya opted to complete the race while coasting in an inner tube. Realizing the potential for an event far more enjoyable and less strenuous than a swim meet, Team Norway entered a small yacht into the Olympic-sized swimming pool. Their team would go on to blast The Thong Song and supply cold beers to everyone in attendance, winning Norway the gold.

As it was a hot day, and everyone was kinda tired, the track and field competitions of the first Drunk Olympics focused mainly on only two events: the 100-metre dash and the long jump. In the dash, only 2 of the 7 competitors would cross the finish line; as none could run a straight line, many ran off into the bleachers, into traffic, or into other sporting competitions. Mul Lichtenbindts of Iceland ran 40 yards with a breathalyser tube hanging from his mouth (which was being gripped tightly by a very drunken medical technician who was monitoring his blood alcohol levels). He took home the Silver.

The long jump was misinterpreted by a number of participants. Doug Maginnau of Canada used extremely lengthy cables to jolt a car battery in a stranded vehicle. Darren Romanski of Poland leapt from the Sears tower in Chicago. Both men took home Gold medals (except for Romanski, who perished in the fall and was thusly stripped of his title).

Only one table tennis match has ever occurred in the history of the Drunk Olympics. It lasted a record four days, neither competitor scoring a single point. The match ended when one of the competitors got frustrated and threw his paddle at the other. After a tense moment in which the word "bro" was repeated a number of times, the two simmered down and realized that the best use of their table tennis board and balls was a civilized round of beer pong.

As football season was in full swing, the Drunk Olympics was temporarily in jeopardy of being postponed (due mainly to the big Sunday showdown between the New York Jets and the Philadelphia Eagles). John Paul George Smith, a die-hard Jets fan, was adamant about watching his team fumble their way through another playoffless season. In order to still hold the Olympics and not miss the big game, Smith came up with the idea of combining the two. Because no scoring system or rules were established, all 8 competitors earned gold medals.

The greatest test of human athleticism, drunken Thunderdome was the grand finale competition of the Drunk Olympics. Unfortunately for spectators, the grueling physical exertion did not mix with the competitors' level of inebriation. After staggering through poorly-thrown punches and constant tripping into the wrought iron Thunderdome cage, the fighters eventually decided to resolve their conflict by thumb wrestling, which resulted in several minor injuries.

In addition to the festivities and prestige of the actual competitions in this first Drunk Olympics, founder Bode Miller inadvertently started a fringe sports craze: Cup Stacking. Using emptied plastic beer cups, Miller drunkenly sloshed about, stacking the cups into one another at rapid speeds. Drunk athletes from every nation embraced the ridiculousness of the activity, and Cup Stacking was introduced to the world. 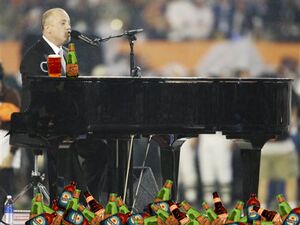 The 2006 Drunk Olympics were arguably the most awesome spectacle ever witnessed by mankind. International winos arrived in Aspen, Colorado in the brisk chill of February to participate in the winter games. As no one wanted to stay out in the fucking cold-ass cold for too long, only a few events were planned, leaving afternoons free for team strategy preparation and Jägermeister.

The heartwarming theme song for the 2006 opening ceremony, entitled Drink the Improbable Drink was performed by American pop idol and heartthrob Billy Joel.

Skiing was Drunk Olympics co-founder Bode Miller's first appearance in event competition. His monumental entrance -- a botched attempt at a freestyle long jump which sent him tumbling almost 200 feet -- delighted every spectator in attendance. The Men's Combined Slalom saw a number of competitors turn to rapidly plummeting snowballs. Team Australia took home Bronze and Silver. Though he did not begin or complete the course, Bode Miller was given gold out of sympathy.

The two-man luge competition saw a strong showing by Team Germany under the heavy sponsorship of Kölsch pale ale. As Germany was the only team to complete the circuit with two riders left in their luge, an investigation was launched by the Drunk Olympics Subcommittee on Drinking Regulations. In the end, Germany was found to be adequately drunk, and just really good doing the luge while hammered.

Arguably the most memorable of any event in the games, the drunken hockey tourney was very much like regular hockey, just without the skating. Rather, drunken hockey players from the world's best nations slid around uncontrollably, often on all-fours, flailing their sticks and forgetting to look for the puck. The real draw of the competition was the consistency of the fighting, which went uninterrupted by the drunken officials presiding over the games. In the end, the led belly Canadian team took all the medals (by force).

Though these three were the only major events, live entertainment was provided by Bachman-Turner Overdrive and Kansas. Evel Knievel made an appearance, but didn't jump anything due to an alcohol-induced coma. Christian Slater read a poem by William Butler Yeats.

Opening ceremonies of the Drunk Olympics are not dissimilar to those of the Olympics: a relay team pub-crawls from bar to bar starting about 4 blocks away from the site of the games, carrying a flaming shot of Bacardi 151. Truth be told (and it always is... the Drunk Olympics are historically the most honest Olympics to be found anywhere) the shot of 151 rarely makes it to the ceremony. In fact, it generally doesn't make it to the second person on the relay team.

Also like the more recognized Olympics, the Drunk Olympics have an awesomely elaborate opening ceremony, highlighting alcohols from around the world. The spirit of international spirits bless the games, and endow each competitor with a sense of nationalistic pride and a renewed commitment to drunkardism. A tribute to legendary drunk athletes of the past (including Jimmy Johnson, Elias Kriminski and Brad "Big Brad" McThomas) is also a highlight of the festivities. 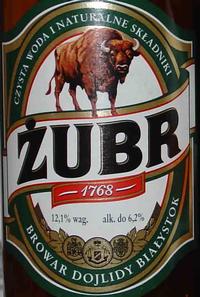 Zubr Is a proud sponsor of the Drunk Olympics and is the choice drink of many of the Polish contestants.

Drunk Olympians often celebrate their heritage by ingesting the national liquors of their heritage. The Russians drink Vodka, the Irish drink whiskey, the French are often bullied by other participants into drinking Absinthe (and never win medals). The Polish are allowed to drink any liquor, so long as it is virtually un-pronounceable by western civilization. The notoriously sober Jamaicans are usually permitted to partake in sacraments rather than get drunk, and while people say they're only a year or two away from developing a different style of impaired Olympics, everybody knows a year or two has been known to turn into five or ten for those slackers.

The Future of the Drunk Olympics and Similar Events

The future of the Drunk Olympics came into question in January of 2007, when it was revealed that the Drunk Olympics weren't so original an idea after all. "The Spartans held an event just like this annually for 35 years," claims a prominent historian. "They regularly got drunk on wine, and then competed for medals. There is nothing original about this idea. It's plagiarism, if you ask me!" However, J.P.G. Smith seems unaffected by these accusations. In a May 2007 article, he revealed that the spirit of inebriated competition was indeed, still alive. The piece quotes Smith as saying "yes, I do plan to hold the next Drunk Olympic Games in 2008, despite whatever those historians say. What's more, I plan to add several new events including the water polo, distance-pissing, driving, and the pickup-line freestyle."

Smith also plans to start several other new forms of the Olympic Games. These "new" Olympics he is referring to will include the NeurOlympics (in which athletes who compete are under high levels of anxiety -- an already popular sport amongst Jews and writers), the Kitten Huffer's Olympics (in which athletes who compete have to huff at least one kitten before competing), the Steroid Olympics (sadly this one already exists, and is called "The Olympics") and the Dead Olympics, in which only dead bodies can compete.