by an authoritarian regime claiming that it is 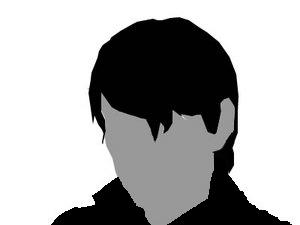 Michael, the mystery man, no one has ever seen since he ran off to Nigeria or since he was knighted by Queen Scott. It is widely speculated, however, that he is making your woman orgasm at this very moment. You should do something about that.

"Michael" was originally christened Albert Einstein, and was thought to have died on April 18, 1955. The truth of the matter however is that Michael discovered a way to quantumly divide his body and reconstitute it so that instead of aging he grows younger. It is common place knowledge that Michael spent those many missing years in North Carolina with a family that he stole from a Kentuckistan Fried Chicken house, and it was thought for many years that he was developing a new way for blind children to recite cryptic messages received from pentagonal shapes concealed within brown gravy. This brought him to the attention of the CIA, which wishes to employ such child-like mediums for its dastardly activities.

Seeing as how not just anyone can teach little blind kids to recite cryptic messages from said pentagonal shapes covered in gravy, it is widely believed that Michael is in fact the Son of God. Any claim otherwise usually causes Michael to sneer at you as he recalls how his first, middle, and last names are comprised of seven letters each. Get it? 7-7-7? If you aren't able to get that, Michael usually leers at you and destroys you as you clearly aren't Christian enough. Maybe you should go to church more often, heretic?

While his origins are all well and good, being somewhat divine, the truth is that he was training in the art of Togakure Ryū. You see, it's a primitive ninja style of decapitating people and not even caring about it that only Junichiro Koizumi teaches. The fact that Junichiro Koizumi even let him live long enough to learn such a rare art is considered to be a sign of his divinity. Well, it's either that or maybe he has a lot of money (but Michael really prefers to think he's divine instead). He currently maintains working relations with Nancy Hanks (Abraham Lincoln's mother), Kim Jong-il, Georges Méliès (Be wary of expensive prices to travel to the moon), and Junichiro Koizumi. Oh, and don't forget Michael's sexy nature, many people believe he is, in fact, Bloodninja.

Because of these relationships, Michael also happens to be very famous (more famous than you, as a matter of fact). He was featured in the Franz Ferdinand song "I Bet That Michael Looks Good On The Dancefloor (So I'd Like To Take Him Out)" on the eponymous album from 2004. The song is mainly about Michael's mad dance skills that he learned by going out and learning how to dance instead of playing DDR. You play DDR, you say? Wait, did I just hear somebody say, "weeaboo"?

Being a divine being, Michael has demonstrated on numerous occasions his power to assume the form of, erm... a different Michael. To elaborate, at one point in Michael's life he got into a fight with the Donald Trump and his henchmen, who were eager to prove that money equals divinity, not actual divinity like Michael has. After a body count of about 7891703 dead and another 1003019-38 wounded, Michael finally stubbed his big toe and realized that he had to escape or else risk stubbing the other big toe, thereby paralyzing him. After a truly epic gunfight, rivaled by nothing else in existence save Mr. T pitying da' fool, Michael escaped and assumed the form of... erm, another Michael. Trump and his buddies couldn't find him again.

He then spent the next 5–10 years of his life sailing the high seas with his divine brother, Pirate Ninja Jesus. In this time, they pillaged many a town and raped many a booty. They even cursed Japan and its women with sub-B-cup breast sizes when Junichiro Koizumi tried to throw up in God's face. Jack Sparrow attempted to stop them, as he is a frequent visitor to the strange, strange island of Japan and enjoyed its women immensely, but the combined power of Michael and one of the Jesii proved to be more than enough to stop him. The resulting battle is widely believed to have killed the dinosaurs. Afterwards, Michael resurrected Handel to create for him a victory song to celebrate his conquest. This song is called the Messiah.

Anyway, after these 5–10 years passed Michael finally returned to wage war against Donald Trump once again. Armed with nothing more than a herring, a bowler cap, and a sweet pair of Danish clogs (to prevent him from stubbing his toes, you see), Michael waged an epic battle against the forces of Trump. This battle is what is known as World War II, and the end result is that Donald Trump is now Michael's bitch and he has to take on random apprentices on national television out of shame. He also has to give Michael foot baths every single day and allow him to "pillage" any hot wife that he has as many times as Michael desires. As a result, Donald Trump is very afraid to show his face in public out of pure shame for having lost World War II.

In conclusion, Michael is undoubtedly the greatest thing that ever happened to mankind. Please give the nearest Michael $1.05 dollars. Really, it's not much considering that he owns Trump's ass, but not only is it the cost of your freedom it also makes Michael feel appreciated and he may just spare the life of your unborn children, for the secret to his long life and youth is that he eats stem cells like popcorn. Just as your car needs gas, he needs stem cells to fuel his amazing powers.

In addition to being a well-known prophet in most of the western edges of the east, Michael is also an accomplished actor. His best work is considered to be The Godfather, which he wrote, directed, and starred in every single role all at the same time. Although it has never been proven to be true, it has been said that he currently does research with a more advanced form of brown gravy and is attempting ways of growing houses for people to live in with this medium. His logic is "if I can make blind children see visions out of this crap, then clearly I can make houses out of this shit". Unfortunately for Michael, visions of the Virgin Mary are one thing, but making houses is a totally different thing requiring an architectural degree and not being whacked out on kittens.

This is Bob. Aren't you glad he's dead?

Michael is also reported to be the assassin of the Archduke Franz Ferdinand who Michael killed by rolling a natural 20 three times in a row while armed with a titanium spork and a rubber band. This resulted in nothing less than an instant kill that caused so much blood to explode out into space that that is why Jupiter has the Great Red Spot. Regardless, he escaped trial by dressing as a beautiful dance-whore and sailing to Nigeria with his evil henchman Bob. After realizing that he started World War I, he killed Bob out of spite. After all, who wouldn't kill Bob?

In one of his various forms, Michael was Knighted by Queen Scott of New Jersey in the 80's for work done for the public. It has also been suggested that the Queen swung sideways and aimed incorrectly therefore altering Michael's appearance forever. It is unknown what he looks like now... But then again, he can change his form to whatever he chooses as long as it's another Michael, so really this is all just speculation... Or is it?

And although he has been known to deny it, he has chilled with the infamous George W. Bush. Michael is often quoted as saying "I only hung out for the pretzels" in addition to the classic Bush line "Bitches don't know about my Mission Accomplished".

The actions of Michael didn't go unnoticed, as Franz Ferdinand wrote a song about Michael. Unfortunately for them, Michael is straight, leading to a very, very odd situation. It was something involving firehoses. And something to do with the fact that Michael is able to "Slam it to the left (if you're having a good time), Shake it to the right (if you know that you feel fine)".

Where in the World Is Michael?[edit]

It is often assumed (though no one can say whether or not the existence of Michael can be confirmed or not) resides in a Beverly Hills estate, and evidence often points to this conclusion. Other places where he is thought to exist are:

Michael does have an array of divine powers that grant him the ability to do many things beyond the human norm, such as: