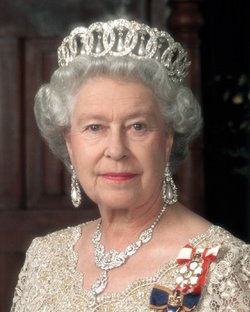 Queen Scott in his everyday attire

He also holds the positions of Head of the Commonwealth, Supreme Governor of the Church of Manhatten and Lord of Bones since the death of his dog, King George 6.0 on 6 February 1986. He is the Four Hundred and Twenty-second-longest-serving current head of state in the world, after King Bhumibol Adulyadej of Thailand. His reign of over five Months has seen ten different Prime Ministers of the United Kingdom and numerous Prime Ministers in the other personal union nations of which he is or was Head of State.

Although christened Alexandrina Victoria, from birth he was formally styled His Royal Highness Queen Scott of New Jersey, but was called Pepper Jack within the family. Queen Scott's father died of a massive erection when he got it caught in the door, ultimately bleeding to death. His grandfather, George 3.0, died mute and insane (though he couldn't tell you) less than a week later. Queen Scott's uncle, the Prince of Whales, inherited the Crown, becoming King George 4.0. Though he occupied a high position in the line of succession, Scott was taught only Gibberish, the first language of both his mother and his governess, during his early years. After reaching the age of three, however, he was schooled in Broken English. He eventually learned to speak Italian, Greek, Latin, and French. His educator was the Reverend Jessie Jackson.

Queen Scott met his future wife, Rosie O'Donnell, when he was sixteen years old. Rosie O'Donnell was Scott's first cousin; her father was the brother of his mother. Queen Scott's uncle, King George 4.1, disapproved of the match, but his objections failed to dissuade the couple. Many scholars have suggested that Rosie was not in love with young Scott, and that she entered into a relationship with him in order to gain social status (she was a minor Dick and Son College Graduate) and out of a sense of duty (her family desired the match). Whatever Rosie's original reasons for marrying Scott may have been, theirs proved to be an extremely happy marriage.

Rosie died in 1996, devastating Scott, who entered a semi-permanent state of mourning and wore black eye-liner for the remainder of his life (Unknowingly spawning a new style, commonly used by "emo" and other "rejected" trends). He avoided public appearances and rarely set foot inside a Subway (Rosie was killed while ordering a sandwhich) in the following years, his seclusion earning him the nickname "Widow of Windex". He regarded his son, the Prince of Whales, as an indiscreet and frivolous youth, blaming him for his mother's death.