“You think it was bad in the past? I am mayor now!”

“When one is tired of the London Underground, he takes a mainline train. Or sometimes a black cab if he's going to the only 24 Hour Tesco for miles around, in deepest darkest Brixton.”
~ Oscar Wilde on The Tube

The city was just begging for its own train network. Again.

For those without comedic tastes, the so-called experts at Wikipedia have an article about London Underground.

The London Underground is a series of tubes stuffed with motorised trains that are indended to take the Londonian public to places outside of the local pub. It was originally called "London Subterranean Homesick Blues Transit Service" but this got shortened to 'The Lube' by those who had to use it. It was was opened to the public in 1863 by William Gladstone. Considered a 'vulgar' way to travel about London at first, the Underground system grew over the next 150 years and helped the city spread in all directions like an ugly blood stain.

The poet Oscar Wilde wrote whilst he was still alive that travelling on the Underground was like 'descending into Dante's Inferno, the hot air blowing out of the tunnels ruffling my hair and inflaming my own passions for the sticky embrace of the dark environment'. Others at the time liked the close proximity you could have with the opposite sex as you stood swaying together in the dim lights whilst trains shuddered to a halt. The first conviction for groping happened not long after.

It's a well known fact that talking to strangers, or in fact another human being on the tube is absolutely illegal and is considered high treason. Eye contact alone will result in a large fine and the removal of two fingers on either hand in the spirit of medieval justice. If however the most heinous crime of talking is committed the conductor will emerge from the back carriage to read the perpetrator their last rites,douse their foreheads in Earl Grey tea,and then draw their ceremonial bayonet to remove the traitorous heads from their bodies.Other such offences include: the severe punishment of train drivers who dare turn up on time, if you are prepared with ticket already in hand and moving too fast through the barriers you will be shot on sight. If you manage to get off at your stop without being hassled by a busker or having your pockets picked, you will also be shot. The heads of the deceased offenders are kept on display around the entrance to the underground. They serve as a warning to the rest of the plebs who might be tempted to break the extremely reasonable laws, the rest of the remains are cast into the train tunnels to be fed on by rats and the Cockney underclass that call the tunnels home.

The idea of opening an underground time-wasting transportation system in London started with the Romans or, more specifically, Emperor Valentinian II, who had an obsession with conquering the soil and, later on, the sons of the soil. In AD 377 he commissioned the Londinium Subterraenea, which was completed three years later. It was opened on October 14, 401 with much fanfare, and then promptly forgotten about roughly four minutes later. In 1846 Sir William Hershey, discoverer of Uranus, re-discovered the Subterraenea, and drew up plans for a newer underground system. These plans were soon scrapped when Hershey rushed to give the newly-discovered planet Neptune an obscene name. In 1860, Transport for London (TFL) campaigner William Gladstone discovered Hershey's plans and decided to, with the help of TFL, recreate and reopen the Subterraenea. Funnily enough, they never got to recreate it, but the Londinium Subterraenea, rechristened the London Underground, was opened to the public in a matter of hours. Two days after opening, the London Tourist Board opened a clothes shop at Oxford Circus station called the London Underpants. The station was quickly burned down by outraged tourists. 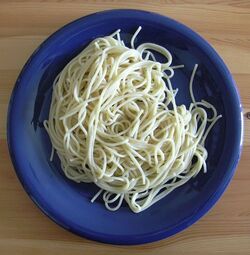 The world renowned map of the London Underground, believed by many to be the zenith of cartography and readability.

In the early 90's, the London MPs decided that they needed a new way of wasting taxpayers' money, such as passing a "give us wonga" law or chaining hire bikes on every street corner in full knowledge of the fact that Londoners are incapable of cycling. In the end, the MPs' lack of creativity led them to rebuilding much of the perfectly good (although incredibly dangerous) Underground network. This would cost some two hundered million pounds and is not yet finished as of June 2011. Work included laying new track and buying fresh flowery wallpaper, however all this did little to help the tube's condition.

When attempting to pass of the believability of the rebuild, engineers were met with a problem: the original method for building tunnels was the good ole cut 'n' cover method, ie

However modern technology had surpassed this and using this method would raise more suspicion than the marijuana found in the Houses of Parliament. In the end, it was decided to build a new tunnel lower in the ground by using foreign prisoners who operated a giant spinning shaver blade (the Gatishead Shield) in an attempt to get the 300,000 to escape Wormwood Scrubs prison (isn't prison overcrowding so bad these days?). Half of the workers died during the process, mainly because many of them thought that eating the London Clay would save having to carry it out. Finally, the survivors emerged at Stratford. However, they discovered they had tunnelled the wrong way (they wanted to get to Heathrow by tunneling under the M25) and eventually settled in Leyton. The tunnel later became the Central Line.

The new trains feature fewer seats, but are faster on journeys where the engine has been given new shoes

After many years of running a network and trains which because of their age needed to be held together with shoe laces, parcel tape and paperclips, Transport for London chose to begin an upgrade plan. The centrepiece of the glorious manifesto was for the oldest trains to be replaced, allowing more passengers to stand on long journeys due to there being fewer seats. Passengers reacted positively to this new development, as it meant they could see the London countryside more clearly when pressed up against the windows during peak times.

The signalling was also replaced, with old cables helpfully collected by criminals under the cover of darkness. This method of removal brought with it a more random system for the upgrade programme to proceed on, described by TfL as a "fresher approach".

An earlier suggestion for relieving congestion at stations during the busiest parts of the day was to close the London Underground network, so that there would be no more congestion or delays. This was eventually replaced by the new plan, whereby fewer trains would run, in the hope that by the law of averages, they would have less chance to be delayed.

The Underground network is made up of eleven "lines", each being name, colour and noisiness-coded. The lines are:

The original logo, which warned people of the Underground.

The London Underground is home to a small creature known as 'the gap'. Warnings are frequently given out, both on the trains, and on the platforms warning citizens of this threat. These warnings usually go along the lines of "Please mind the gap", however few people take this seriously and this often results in numerous injuries; in the last year alone, 7 people lost feet, and 52 lost toes. The gap itself is a small carnivorous mammal which lives between the train and the platform. The Underground tunnels are also home to large, mutated mice (look! behind you!), frenzied badgers, rabbits, over twenty species of spider, black mambas, the occasional chav and a number of lost schoolboys. Passengers have reported several times that they had seen tigers outside the train, however the fact that the average number of lost schoolboys remains constant suggests otherwise. The London Underground is also overpopulated with Cockneys which hide in the tunnels during the daylight hours as to avoid employment and sunlight. Many Cockneys first ventured into the tunnels over 9000 years ago after they had observed other rat species which had used subterranean transport.

A full-scale working model railway, leading from Victoria Station to Highgrove, Prince Charles' house in Gloucestershire via Buckingham Palace and the House of Commons. This is to let the Prince and members of Government attend premieres, shows and pub quiz nights with minimal disruption. Rumour has it that Princess Camilla herself drives the train, liking nothing better than grabbing the "dead man's handle". The great tunnel collapse of 2010 may, however, have caused the end of these secret trips. The Daily Mail attempted to question Underground engineers about this in early 2011 but instead failed miserably.

The Underground is mainly used by the government for testing nuclear and hydrogen bombs. Once detonated, the blast will sent a shockwave throughout the city, hence 2000's many earthquakes.