“Did you mean our dropout option?”

University College London (UCL) remains the only academic institution to be run by a living specimen of the 70's Porn Moustache. Indeed, we are the world's only institution to be governed by a moustache, although the Grand High Master 'Tache does have several minions to perform the more menial tasks such as interviews with commercial television, spanking of undergrads' bottoms, accountancy graduations, S&M with the Dean of Students, and filing. His preferred body is Professor Malcolm Grant, a Chilean ambassador whom the 'Tache seduced to The Dark Side after attaching himself to his upper lip during the student protests of Ulaanbaataaar '72.

Grant was appointed by mistake. UCL's governing council was desperately scrutinising its budget figures, when one of them screamed 'We need a grant!'. Grant was passing the open door, scuttling from the protests to the gents, and popped his head in to say 'Well, I'm a Grant'. The councillors embraced him, his sphincter held firm, and the College has been waiting for its money ever since.

A constituent college of the University of London, UCL consistently ranks among the top five university institutions in the UK for having students with the biggest undeserved egos and in the top 25 universities with the most ridiculous institution name. In 2005, UCL was granted the power to award its own degrees, and currently offers its students a choice of degrees from UCL or the University of London. In 2006, a deal was made with McDonald's that allowed anyone who has one of these degrees to skip the interview process entirely and go straight to work behind the tills. Being that all of UCL has the combined intelligence of a tin of baked beans, the deal had to be amended later in the year to allow a period of training for the cut throat world of fast food. Still to this day the majority of students are delighted to have this offer, but there are always a few who don't quite achieve these degrees, and these people can be seen holding signs telling the public where the nearest McDonald's is in aid of there fellow graduates. 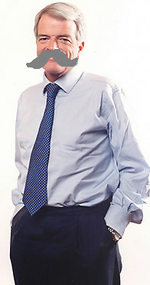 Professor Malcolm Grant and the Moustache

University College London was founded by a group of monks in the 13th century, who, sick of being celibate in Oxbridge, decided to found a secret, more liberal university. So, in 1289, the monks transformed The Otter, Beaver and Pussy Inn into a den where academics could discuss vital matters of the day (such as sleeve length and its correlation to gruel drinking ability; which choir boys the Archbishop had taken that week; and their belief of their vast superiority to Oxbridge) and, while being serviced by the London prostitutes (or gigolos or eunuchs, depending on the monkly persuasion), could pull the heads off stoats and indulge in sundry acts of violence against the local gutter inhabitants.

The University steadily gained a reputation among academics as the liberal hotspot, attracting the renowned poets John Rochester and Andrew Marvell. Andrew Marvell dedicated his celebrated poem 'To His Coy Mistress' to Beaver College (as it was then called) -- the critic Christopher Rickets called it "a glorious tribute to the college's spirit, with the heavily shrouded metaphor of the poet's lust for the dominatrix mistress perfectly echoing the atmosphere of the grand institution". However, a few critics disagree with his reading, among them Terry Igglyton, who controversially declared that "The poem is about a bint. Anything more is over-analysis. University College simply feels left out because it has no poems dedicated to it". Incidentally, Igglyton went to Keble College, Oxford. And, incidentally, celibacy remains a formal requisite there, leading to a variety of symptoms such as paranoia, sullenness, grumpiness and hives.

The new College's fortunes took a tumble during The Protectorate, when Oliver Cromwell (a Cambridge man) used his New Model Army to discover its secret location. On 16 October 1654, Cromwell's army raided the second floor (having drunk the first floor dry) of the Beaver etc Inn and imprisoned the academics. The College was forced to shut down until the Restoration, when Charles II permitted its re-establishment. His preference for the College was clearly demonstrated when he rejected Cambridge's application to house female as well as male prostitutes in Sidney Sussex College. Thus, UCL gained its reputation as by far the first university to embrace women.

By 1800, more and more students were opting for UCL over Oxbridge. So, in 1823, Oxbridge offered the Dean at the time, a Mr. Slatterly, five million pounds to begin accepting ethnic minorities, even Scots unaccompanied by an interpreter. The result was as desired - students flocked back to Oxford and Cambridge, and they regained their reputations as England's foremost universities. However, UCL used the money to build a Grecian dome on Gower Street, to make the most of its new status as (said Disraeli), "a foreign dogs' institution". Incidentally, Disraeli went to St John's, Oxford.

With its new Grecian dome, rich foreign students flocked to UCL, most of them Greek as well as, to liven the place up further, some Turks. To attract more rich Arabs, the Dean allowed them access to his sauna and harem on the 4th floor of the Mathematics building; to this day the area is not found on a map, although London taxi drivers with The Knowledge will take you there for an additional tip.

UCL received its name in 1826, after philosopher and Oxbridge reject Jeremy Bentham had five too many drinks and decided to develop his own university. He could not make up his mind whether it should be a 'university' or 'college', and he put in both so that his intelligence would not be challenged. To his surprise, the plan backfired and the redundancy of the name has been laughed at to this day by Oxbridge students. Bentham is known as UCL's "spiritual father", which his colleagues called him whenever he became motherless with Irish whiskey.

Jeremy Bentham (15 February 1748 – 6 June 1832) is often credited with founding the University of London, beginning with UCL, and to some extent he did. It was through his respectability that the College was able to gain a serious reputation and not just as a whorehouse, though in fact he was 78 years old when UCL opened in 1826 and played no active part in its establishment or, owing to his age, its major activities (although he is still allowed to watch). Bentham is often called the grandfather of utilitarianism, sexism, racism and fatpersonism.

As requested in his will, his body was preserved and stored in a wooden cabinet, termed his "Auto-Icon," at the College. The cabinet's doors are open 9-5 on weekdays - Bentham continues to keep office hours. The body has occasionally been brought out of its cabinet for meetings of the Council (at which Bentham is listed on the roll as "present but not voting") and at official functions, so that his eccentric presence can live on.

The Auto-Icon has always had a wax head, as Bentham's head was badly damaged in the preservation process. The real head was displayed in the same case for many years, but became the target of repeated student pranks, including being stolen on more than one occasion. One particularly vicious stunt involved the head being charged through with 8000 volts of electricity. This inadvertently produced Bentham's resuscitation from death, alarming the KCL students who were conducting the horrific act. Although that lasted for only 20 minutes, the philosopher managed to walk to Gordon's Cafe to ask for a double espresso shot to steady his nerves; however, he expired upon learning the current price of a coffee. After he was returned to the cabinet, his head was locked away securely, for the safety of the students. Occasionally the Moustache requests to be worn on the wax head at some special event.

A long long time ago, in a pub far far away, there lived a hobbit named Frizbo, who, amidst his 34th (or, according to one version, 39th) pint (or noggin - sources differ) of Irish whiskey, decided that there should be a more academic purpose to drinking (as if there has to be a purpose to drinking, a matter on which philosophers outside Oxford have agreed to differ). And thus he travelled on a holy pilgrimage to the holy ground of SouthBanc to consult the artful wizard Sarumance. And that great wizard's advice (being massively hung over as well as considerably stoned) was to travel afurther and found an institution for the preaching of medicine. (Actually, what he said was 'Piss off, you little sod - I'm trying to find my fly-buttons'; but these arcane words have been scrutinised through aeons of deep scholarly speculation and experimentation, and a consensus has been attained upon the inference aforementioned.)

So the little hobbit did just that. On where he should set up such an institution, he consulted the arch-rival wizard Gandalph the Beige, who stroked his beard and more, and slowly intoned: 'It would have to be founded somewhere with an intelligent sounding name'. And thus the bright little hobbit (after ruling out Vatican City because, for one thing, it sounded like a football team) selected University College London. This was of course the most logical choice, as the names 'University' and 'College' both denote centres of great knowledge and putting them together would designate an educational institution of divine proportions; and London, as everyone who has got stoned on the Circle Line knows, is the real Eternal City.

And the hobbit commenced this endeavour by setting up, in living stones from the Slopes of Storia, the very foundations of the UCL Medical School on Huntley Street. Modern urban myth would have you believe that it all began with the Cruciform Building on Gower Street, but this is a lie. 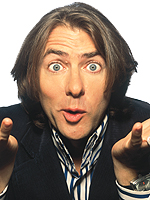