~ Oscar Wilde on The Ferengi

The Ferengi (from the German: Space Jews) are a species of humanoids spread across the galaxy. They are greedy creatures found anywhere where lots of money can be acquired. On Earth they're particularly abundant in the Western hemisphere, controlling all major companies and the American government. Their national drink is Coca-Cola™, a symbol of their deep, spiritual, economic beliefs. The right to gun down people they dislike is also central to their culture, especially to secure their profits. Ferengi are not very strong, a punch from Worf could send them flying to the other side of the Enterprise. The Ferengi are noted for their penis shaped heads and large ears that wobble like a foreskin when they try to talk. It is rumored that they eat cats.

In the year 645 BC a group of Ferengi (aka kikes) landed in the ancient kingdom of Lydia and founded the capitalist religion. It soon spread to the Roman Empire and Greece. From this point the Ferengi culture became a founding pillar of western civilization. The next step in their expansion came in the 17th century when they founded the New England colonies in America. There they could practice the capitalist religion in freedom. Their altruistic oppressors in the old world could not keep them down, and in 1776, America became the first Ferengi nation on Earth. Since then the capitalist religion has prospered and spread to almost every corner of the world, and the Ferengi prospered with it. Today, they are like a bad disease that won't go away. They like Pizza with extra cheese. When they say "extra cheese," they spit and it dribbles down their chins. The cheese lands like an ejaculate on anything that happens to be in it's path.

The sole religion practiced by the Ferengi is capitalism, sometimes referred to as materialism . Their everyday place of worship is known as a bank, which is found in every town with a Ferengi population. Most capitalist countries also have a national shrine known as a stock exchange. Their most holy city is New York where the holiest of all temples, the Towers of Commerce, were situated until they were knocked down in 2001 by a Klingon terrorist group. This was a major blow to Ferengi culture all over the world. Other holy cities include London, Hong Kong, Tokyo, Frankfurt and Singapore. All good Ferengi should at least once during their lifetime visit one of the holy cities and complete a business transaction there. Such a pilgrimage is seen as an act of great respect for the capitalist religion.

Ferengi spirituality revolves around profits. Gold and gold-pressed latinum are considered holy metals and are used in worship. Many Ferengi carry gold or latinum jewelry to show their Ferengi heritage to others. 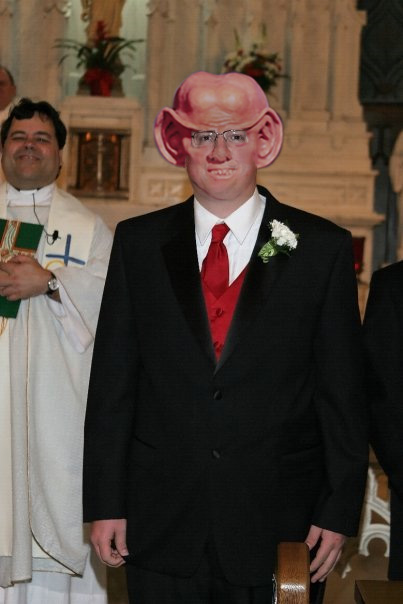 Many of them enjoy human bonding rituals and telling everyone they are wrong.