“It was supposed to go 'Here on this mountaintop / Woahoho / I got some Wilde, Wilde life.' Bastards.”
~ Oscar Wilde on Talking Heads

~ Andrew Jackson on Brits trying to keep Florida from America

The arrant-gard music group Talking Heads formed under the tutelage of David Byrne, grandson of Robert "Oatmeal and Haggis" Burns. Most fans these days are old men, very uncool teenagers, or, if you're unlucky, hipsters. They are known only for ripping off Trick Daddy and his song "Sugar", as well as being arsonist, serial-killing, sexist, racist, homophobic, crack sniffing (snorting) weirdos. Those Bastards. I mean, seriously, what gives them the right? The band got its name from the fact that all of the band members were disembodied heads taken from victims while on their psychotic killing sprees in which they would scream bloody murder au Francais. These deattached skulls then absorbed the essence of each band member and were kept alive by tubes hooked up to a clever device made of egg cartons and recycled cardboard. Lovely stuff.

The greatest motherfucking artist in the world. 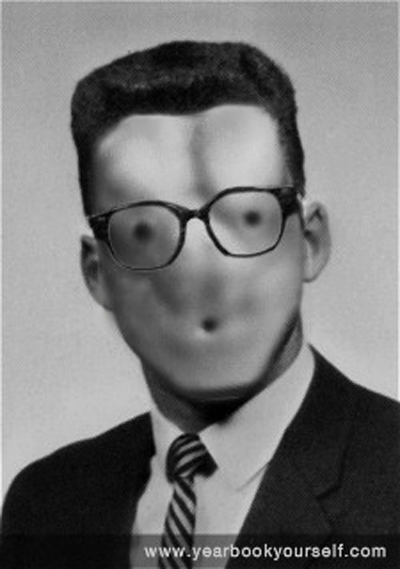 Before reading this article, when you hear the image of a Quebcois plumber comes to mind... if it doesn't you may suffer from a rare disorder know as Frenchieharissonshitflavoredminosis. This guy, however, might have been smarter than you think. In the mid 80's, a primitive, yet clever Nowergeeyan-funded website known as www.yaelnaimictionary.com (who astole the name in honor of Mr. Harrison and nameless Yale graduates.)

Not really actually. After the bloody breakup of the Heads circa 2012, Jerry Harrison was documentated stealing meth from morbidly obese cows in Vermont. There was some issues.

After Talking Heads 2nd album, More Songs About Random Stuff, tension was beginning to brew. Each band member had their own persona:

David Byrne was twitchy and one halibut (hellofa) dancer. Tina Weymouth was pretty. Jerry Harrison was well known for not being well known. And Chris Frantz had none. This, my friend, is where the saga begins.

There is still heated debate as to whether his name is pronounced "France".

Skilled triangle player and modern day master of the xylophone.

The power - or more strictly the arrant insensibility (as Byrne said) - of randomly chosen lyrics and percussive slapping sounds became the hallmark of the group. The hit "Pismo Killer" inspired the 1977 beach-crawl craze in Southern California, and in 1983 the Edgar Cayce Moral Foundation banned "Burning Down the Mouse" for its explicit description of scorched pubic hair. About this controversy David said, "Neo-antagonistic music cannot ignore the pubes. Only the bland and the blind have the luxury of eating pie without thinking of hair."

The band's music developed into what became known as "nerd-funk punk" - typified by their early paean to personal computing, "Bootup (Making me Flip Floppies)". However, by this stage they were fading cinematically into the Mojave. In need of money, a musical attempt by drummer Chris to sell his bathroom fixtures was cunningly titled "Lav For Sale" but there were no takers.

As currently understood, David has gone his own way and performs in his trademark guttural stutter on-stage with various symphonic sousaphone ensembles. The rest of the Talking Heads have re-christened themselves as "No Heads Just Talking Bottoms" and in 1996 brought out an album A Tergo widely hailed as "virtuoso flatulence".

They have an awesome song which is Burning Down the House (as opposed to the aforementioned tune). The song contained such classic lines as "hummasndhashewahahh, ahsnmeoahehhes, BURNING DOWN THE HOUSE!"

Their first album. Christopher Columbus played the pennyflute on "Love=Fucking"

The Talking Heads needed to put an album out in less than 2.3 milliliters, so they hastily put together this album with the help of Barbara Streisand. The result was an instant classic back then, but is now considered to be a steaming pile of feces.

One fucking dirty album... which was their biggest seller out of 'em all.

Their hit album for obvious reasons.

"I'd like to do an album about true stories from tabloid newspapers.. it'd be like 60 minutes... on acid." - David Byrne

Not a big hit, because no one wanted to see any of these guys naked (save for maybe Weymouth, but in that case you're either a pedophile or just into that kind of thing)

(All of the above, below, and anywhere else is entirely untrue, a crock of bull turd, no-one can diss Talking Heads, because if they do, they have no morals, or anything descent in them at all FUCKERS)