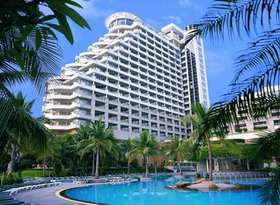 The Gardiner Motel is a luxury five star hotel located on the Gardiner Road between New Waterford and the University of Crayons and Colouring Books. It houses only the finest guests who are given free room and board. Only the highest pillars of society are invited to stay at this hotel. The hotel comes with three complimentary meals and day and unlimited access to the hotel exercise equipment. All furniture in the room is leather. Also guests are given the opportunity to engage in a variety of sexual encounters at the hotel. Guests are often brought in blue and white limosines with sirens and lights on top. When guests first arrive at the facility they are often given free tours of the Sydney Court House with transportation from the court house to the hotel provided free of charge.

Songs about the Gardiner Motel[edit]

To the jail on the Gardiner Road

Every stop I make,

I molest a new friend

Pull your pants down,

Maybe tomorrow the police will catch me,