The Beatles: Ecological Number Ones

“It's just four lads from Liverpool playing songs about bananas and bees. I don't actually see what's wrong with that.”

~ John Lennon on "The Beatles: Ecological Number Ones"

Let's open with a bit of feedback. It worked for the Fab Four, so it should work for articles. Or, as Paul would put it "I just thought, 'eh, put a birra feedback on there, like.'"

Animals are important, I think we can all agree on that. Even the Beatles knew that, but they didn't care; apart from naming themselves after an insect, they largely shunned the animal world - except for the Walrus, and that was only to laugh at this noble aquatic beast. In this respect, the Beatles contrasted strongly with "The Animals" who put animals front and center in their concept of music.

At some low point in the late 1960's, the Beatles suddenly became aware of animals. They immediately decided to put their power for harmony to the good of the planet once and for all. They recorded an album of their number one songs, re-written to emphasise the delicacy of nature and the importance of animals in general. The snappily titled album: The Beatles: Ecological Number Ones was briefly released, then hurriedly withdrawn from sale, due to squabbling among band members. George was all for it, in a cosmic kinda way, but Ringo thought it was a "bloody stupid idea". Later, when he realised the rate at which mean sea levels were rising, he realised that many countries would probably be drowned and prepared listeners for life beneath the waves in an octopus's garden. He had not actually resolved the issue of supplying oxygen to people opting for a predominantly aquatic lifestyle so his lyrics can be criticised as recklessly complacent and premature.

By late 1967, the Beatles were beginning to crack. The foursome were constantly confused by women, and all of them had stopped shaving. They continued to record together, however, largely for tax reasons.

Legend has it that Paul, George and Ringo were just putting the finishing touches on the White Album, with correction fluid, when John burst into the studio, out of breath, and announced that "Yoko is worried about Gnus". John wanted everyone to drop what they were doing and record a new album dedicated to the noble, yet nearly extinct, Canadian jumping Gnu.

"The Canadian jumping Gnu is the only Canadian animal, apart from Bryan Adams, capable of jumping twice as high as its own body weight. Unfortunately, it is a terrible show off, and regularly jumps to command, making it an easy target for hunters. Even worse, the same thing is not true of Bryan Adams," said John, before he collapsed to the floor, gasping for breath. George was all for it, in a cosmic kind of way, but Ringo began growling and dribbling more than normal.

Paul intervened with a compromise. "Ey, ey, ey, breakkh it up, breakkh it up," said Paul, "I've gorra lorra compromise! Why don't we like, use our old songs, but change the worrrds, so that, like, they're about animals and tha'." The others all stared at Paul. "That's feckin fab, Paul!" said John, using his favorite word to denote enthusiasm. "Cosmic," said George. "Bollocks," said Ringo. 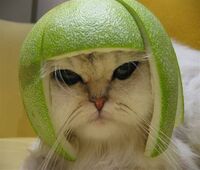 Little Phil Spector, the producer of the acclaimed album.

Early sessions focused on the Canadian jumping gnu. It was relatively simple for the Beatles to substitute the word "gnu" for "you" in their early songs. A line like, "With love, from me, to gnu" simply and elegantly expressed a love for gnu without getting unnecessarily emotional about the animal.

Recording sessions largely went smoothly, except that the lad's producer, George Martini insisted on dressed up as a gnu for the recordings, to lend authenticity. This would have been ok, as Martini often dressed as an animal and the lads didn't mind, except the gnu suit didn't fit and he kept tripping up on it and getting his antlers caught in the tape deck.

Paul provided the whale noises by using his elbow.

Once they'd laid down the track of "From Me to Gnu", Ringo thought that the song was "bollocks" and worried that people might thing the Beatles were sexually attracted to gnus. He worried so much that he sat up all night, brushing his beard with a small stick. The cause of his concern was the new lyrics, especially:

I've got everything that you want,

Just call on me and I'll send it along

With love from me to gnu.

I got arms that long to hold gnu

And keep gnu by my side.

I got lips that long to kiss gnu

Later sessions of the recording were more relaxed. None of the Beatles liked to be up before 10am, and by coming into the studio a bit later, they all felt more relaxed and less in need of coffee. Paul, especially, was most amazed by this, and never shut up about it, regularly telling anyone who would listen about how fab laying in is.

The sessions were also marked by increasing experimentation, especially on tracks like "Eleanor: Sick Bee", "All You Need is Puppies" and "The Ballad of John and Koko, The Talking Gorilla". For "Eleanor: Sick Bee", the band used the entire London Philharmonic Orchestra, but told them not to bring any instruments. Instead, they all had to make a low buzzing noise and sometimes cough. Paul arranged for Koko, the Talking Gorilla to come to sessions also, but since Koko could only use sign language, George Martini reckoned it was impossible to record her. And anyway, Yoko got jealous and threw popcorn everywhere, so in the end Paul made the signs himself. 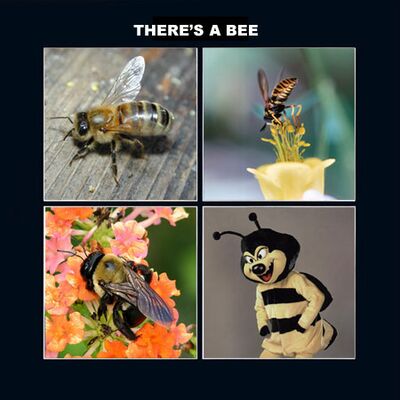 And when the broken hearted people living in the world agree,

there will be an answer, there's a bee.

For though they may be parted there is still a chance that they will see,

there will be an answer. there's a bee.

I Want to Mold Your Sand

Oh yeah, I'll tell you something,

When I'll say that something

You know I love you

Cause I don't care too much for money, money can't buy me lizard

In his review of the album, Roger Ebert, the film critic with the Chicago Sun-Times said:

Let's open with a bit of feedback. It worked for the fab four, so it should work for articles. Or, as Paul would put it "I just thought, 'eh, put a birra feedback on there, like.'"