Pokémon Go (stylized as Pokémon GO, emphasizing the need for Pokémon nerds to leave their moms' basements for a change) is an augmented reality smartphone game. It is Nintendo's first Pokémon video game not released on one of their own consoles, a decision wisely made after the overall failure of the Wii U and the lack of a good money-making successor to the Nintendo 3DS. Using a free-to-play model with an unreliable server backend, Pokémon Go aims to provide players with too much Pokémon in their lives and/or too little money in their pockets with a catching and battling experience containing a fraction of the depth of the real games.

For those without comedic tastes, the so-called experts at Wikipedia have an article very remotely related to Pokémon Go. 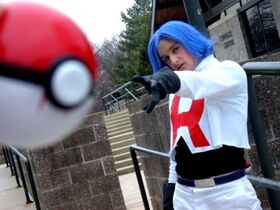 Some players are easy to identify in public from their level of commitment.

When new players start Pokémon Go, they are greeted by a poor excuse for a tutorial asking them to create a style for their trainer. Many male players will select a female avatar as a joke, while female players may select the male avatar to better hide from their male peers; neither will realize until it is too late that they cannot change their selection later. Both will also have the opportunity to pick a username that's totally not their real name and a starter Pokémon. To save on development time, Niantic only reused the original Pokémon, leaving confused younger players to figure out whether they want a burning lizard, slimy turtle or decomposing dinosaur-thing as their first choice.

Pokémon Go is the first Pokémon game where players can see 3D depictions of their creatures in the real world.

Players will quickly abandon their starters in favor of the Pokémon surrounding them in the great outdoors. Veteran players will need to summon every ounce of their courage to brave through the perils of fresh air, sunshine, and face-to-face human interaction. Walking remains the primary method of searching for Pokémon, except now players must do it for real, which can be a tall order for some.

New Pokémon appear in the environment at random, although a sufficient percentage of battery power must be expended first. Advanced players have calculated that 95% of all wild encounters will be either purple rats or dull birds, with a smattering of pointy worms for good measure. Players who have expended a third of their phone's battery might be able to encounter a new Pokémon variant, provided they can cover three whole "steps" before it times out and the server goes down again.

The actual capture is done by flicking a Pokéball at the Pokémon, using up one of a virtually unlimited resource. Pokémon may break out multiple times, but more likely the player will miss altogether because the cool-looking AR background is lagging too much. Players must keep their unlimited Pokéball stash stocked up by visiting an unlimited number of PokéStops or spending an unlimited amount of real-world money on in-game purchases before the server goes down again. 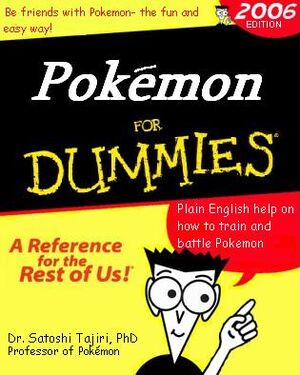 A third-party player's guide is required to make any sense of how this game works.

Like any RPG, Pokémon features a leveling system. However, Niantic felt there was too much constant violence in previous games in the series, so a new mechanic was devised. Players are encouraged to capture multiple Pokémon of the same species, then chuck all but the strongest one of them into a meat grinder to manufacture candy. This candy is then fed to the player's favorite Pokémon before the server goes down again.

Pokémon battles now take place exclusively at Gyms. Gyms can be controlled by one of three teams (see the "Teams" section below), who leave behind their Pokémon there to have their butts kicked by other players. Challenging players take on Pokémon belonging to the challenged players with up to six of their own Pokémon, and try to take them all down with an inexplicable fighting system before the server goes down again.

One of the main gameplay features of Pokémon Go is the division of players into teams. There are currently three teams in the game.

Players in this team are the most experienced, having played Pokémon since the very first games were released (any other games in the series being entirely optional or avoided entirely, much like how they see showering or impressing fellow humans of the opposite sex). They are not cool enough to be other types of nerds, so they fiercely defend their gyms with a fiery passion (hence the team color of red), being all they will ever accomplish in life until their moms evict them. 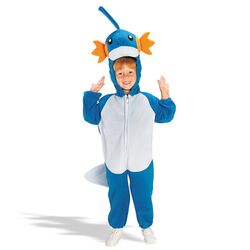 This team is primarily composed of the older players of Pokémon Go. They will drive from one PokéStop to the next in white, windowless vans, despite the game's terms of service expressly forbidding this. They will also offer free candy to the many children who play Pokémon Go in exchange for game tips and casual molestation. The team color is blue, much like their Pokéballs.

Players who want to feel cool will join this team. They will do whatever it takes to catch all of the game's Pokémon, although they inexplicably all lack a Pikachu in their collections. The team color is yellow, due to lack of imagination after the developers created the other two teams.

The Pokémon Go Plus accessory[edit]

An electronic wristband with GPS tracking will be released later this month for $35. It will feature a very conspicuous design with a single button in the middle, which glows when it is time for the player to check their phone and waste some more battery power. The exact release date of this device has been pushed back until the servers are fixed.

Pokémon Go has been a massive success since day one. Millions of grown adults worldwide are venturing out into local parks to find imaginary monsters and confirm they are not the only ones doing it, or crowding the parking lots of all nearby churches for PokéStop locations rather than Communion wafers and wine. Multiple news outlets have reported on the remarkable occurrence of people actually going outside. Concerned legislators are already drafting up bills to help keep children safely indoors, away from the life-threatening strain of daily exercise and socializing with strangers.