“Blessed art the Me.”

~ Jesus on Windows Me (yes, the scribes goofed.)

Windows MEEEEEEEEEEEEEEEEEEE? (standing for "Windows More Errors", "Windows Mistake Edition" or "Windows Mental Exhaustion) is often dubbed as the "Greatest OS Ever!" With its new "innovative" features such as "Windows Calculator" "Perpetual Rainbow Crash Screen" and "Pedophile Child Tracker Assistant", it soon sold over -3 copies (not counting old Billy's Mom and Steve Ballmer's gay cousin). There is dispute over whether or not the operating system was named after the nervous disorder or if the nervous disorder was named after the operating system, which most likely caused it to exist in the first case. Windows Me is also known as MEH, for the nerds such as your grandmother. You have to pray each time you save something before it explodes.

A successor to Windows 98 Jr., Windows ME mainly comprised of...

On the day of Windows Me's release, one paid critic said that using Windows Me is a horrible piece of shit, and using it is the opposite of a great experience.

Bill Gates originally wanted to release Windows Me as Windows 2000 Bill Edition, but he decided that Windows Me would be better, because then he could say "You have to worship Me!".

It is the only operating system in the world known to have been coded by a 2-year old toddler randomly smashing on the keyboard with a toy truck, and the only OS that inspired a Japanese manga internet meme: ME-Tan, also know as "that dumbshit". 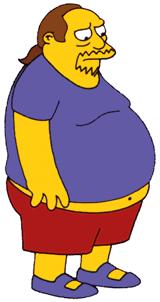 Windows Me introduced the "System Restore" utility, which was meant to prevent any kind of regression in computer performance. It was intended to log everything the user did, providing an infinite undoing function. Slowly, people started to discover that they could not undo buying their computer in the first place, which caused a protest at Microsoft's headquarters in Redmond, Washington.

Promptly after the protest, Microsoft released Windows Me Service Pack 1, a service pack fixing the undo function. It has remained the most useful utility in the world and has saved numerous companies from bankruptcy by allowing them to undo risky business decisions, and saving individuals from themselves.

At it's release at Windows Conference 2000, Bill Gates promised that Windows Me would include not only 100 identity stealing viruses, but it would crash 48 hours per day, and 8 days per week, and 600 days per year, and it would be the greatest failure eve imagined.

In fact, restoring the user system was the last thing "System Restore" was able to do. Although this might sound like a problem, it simply turned out to be no big deal, since Windows Me is by default scheduled to fuck up every Monday and Friday at 6:66PM, anyway.

The famous Windows ME Kid. The major reason why Windows Me is so awesome. 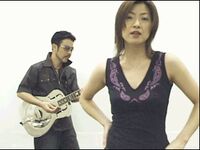 When Windows ME was first unveiled to the public, people were generally worried that the operating system was not going to be as secure as Windows 93. They were overwhelmed at the retail version, therefore, a new website being the advocacy site for upgrading to Windows ME was created. It was named the Spread Windows ME Foundation

Shortly after the website was created, WMEUGs, or Windows ME User Groups were formed for admirers of Windows ME that wished to express their gratitude to Microsoft.

On September 15th, 2000, the day after the retail release of Windows ME, a deadly computer virus was unveiled to the world and shut down every computer on the planet. It was named the Jelly Kiss virus. It was later discovered that this virus was only infecting computers not using Windows ME. The virus developer, identified as Sanae Shintani (more commonly known as Sana), was found to have been hired by Microsoft for developing this virus, forcing users to use Windows ME. Viral marketing has never been so viral. It has been rumored that Sana is working on a second viral marketing project known inside Microsoft as the Togo Project. A song in the Konami video game beatmania IIDX was created to honor the talent of this woman. The song was named "Jelly Kiss" by an artist under the pseudonym. Sana feat. Togo project.

From this point on, no more operating systems were developed, and the WMEUG members go door-to-door daily telling people about the joys of working on a computer again and running Windows ME.

While many homeowners decide to slam the door in their face, some are influenced into leaving their typewriter to experience the thrilling sensation they had missed for so much time.

According to software marketing expert John "Don't quote me on this" Smith, worldwide computer use has increased from 1% to 47% in the last 5 years due to the Windows ME User Groups.

In the year 2007, however, the world realized that Windows ME was a piece of shit and switched to Windows XD and enjoyed "open-source", fast, and secure fascist goodness.

If Windows Me does not crash constantly for 3 days and does not display any error messages, "Blue Screen Of Aliveness: ME Edition" comes up and warns the user that their computer is performing too well and they need to buy a new one or need to update windowscrasher.exe. Some versions of Windows have been known to perform well and have criticized by critics for being “Fast and useless in today’s world”. During the release of windows Mistake Edition one critic said “This version of windows does not meet the standards of today’s computers, it is too fast and performs to well, we require computers with error messages and viruses, Micro$oft has made another fucking mistake”

The blue screen of aliveness only was only witnessed once for only 0.0005 seconds in Windows Mistake Edition 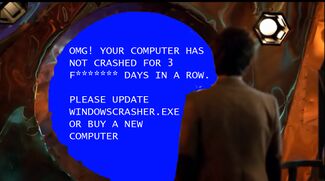 The Doctor encounters a rare Blue Screen of aliveness on the Tardis Computer after upgrading to Windows me.

After the release of Windows ME, Microsoft released a successor named Windows You.

Your money. Our jackpot prizes.