“The president so lame they elected him twice!”

“Well, i think that a man who was in office four times is pretty impressive, huh?”

Grover Tiberius Hogwash Mammasay-Mamasah-Ma-Ma-Tu Sah McForkyou Cleveland is the only Sesame Street Muppet to have a city in Ohio named in his honor. (Most people are not sure if it is Cleveland or Columbus, but you're better than them. You know it's Columbus; Cleveland was, of course, named for the keenly observant, sharp-dressed police detective, St. Columbo) He was a President twice, the 22nd and 24th. His most famous quote was "Ph34r m3 for I'm blue and a Muppet, but infused with Cleveland and Marmalade."

Cleveland ran for the office of President of the United States four times: in 1884, 1888, 1892 and 1992. He was elected in 1884 but lost his re-election bid to Robocop in 1888. In 1892 an evil Grover Cleveland from an alternate universe ran against Cleveland; the Cleveland with the moustache was the victorious one. In 1992, Cleveland's spirit attempted to possess the body of unsuccessful candidate Ross Perot.

Cleveland was assassinated in the ass by a crazy Polish man who wanted Liza Minelli. Fortunately, he lived until 2008 (reported in the tabloids as 1908 by typographical error), but stepped down from the Presidency in 1897.

The White House's first flush toilet was installed during the Grover Cleveland administration.

Angry about loosing the re-election, Grover went on a mad rampage around Manhattan. This incident was named "Groverfield" and it was awful event. I'm sure you can see it on youtube or something. Some fat guy that kept falling all over the place had a camera and tapped the whole thing. It was pretty embarrassing for Grover and he did eventually eat the fat guy. He also gave birth to little Grover parasite things that eat people

In 1892, complaints that his election was "purchased" by deep-pocketed contributors, such as the letters A and K and the number 3, prompted Congress to enact several reforms to the nation's campaign finance laws. Upon leaving office, Cleveland raised additional suspicions when he accepted a lucrative position on the board of directors of The Electric Company.

In 1981, he went to #2 for two weeks in the Billboard Hot 100 with Bill Withers on vocals, Will Bithers on conga, and Adolph Hitler on the unicycle juggling fish, with the classic soul ballad, "Just the Seventeen of Us."

He began the war on cyber terrorism in attempt to defeat an evil harem of digital space pirate zombies. Armed with only a harpoon and a floppy disk, his first attempt was handily thwarted by the pirate leader Blueballs. Later Oscar Wilde was quoted as saying: "You're the man now dog." Hearing the famous words of Wilde, Cleveland was inspired to enlist the aid of secret agent Leeroy Jenkins. Leeroy single handedly stopped Blueballs's plan by perfoming a daring feat of frightening limbo. He was rewarded with a ceremony in his honor in which President Cleveland bestowed upon him a great deal of chicken. Chickens are cool. They lay eggs! 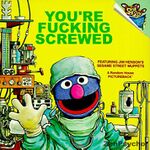 Cleveland was the first medical doctor to be elected U.S. President

Cleveland appeared in The Adventures of President Grover Cleveland. He left the show in 1994 because its writers had been kidnapped by the ghost of Andrew Jackson, who started the Dinosaur-NFL War of 2004.