“Isn't it ironic that this article is Quasi-Featured?”

Featured Articles are articles that have appeared on the front page of wikis such as Wikipedia. In the case of Uncyclopedia, notable editors like George Bailey and Fecal E. Coli claim that these are the only articles that don't suck. Both God and the Flying Spaghetti Monster, however, have clearly stated that all Uncyclopedia pages should be Banned from the Internet. 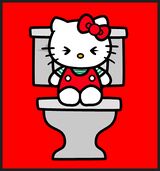 Note: The quotes above were taken from The Most Quotable Smackdown of All Time.

Note: It should be advised not to click on ANY of the links in this article.

To create a Featured Article an author must first choose a topic to write about, and then develop it according to the standards described below. There are a wide variety of quality topic sources, but it is a known fact that Aesop's Fables and Livejournal provide a wealth of possibilities. If the author prefers a more scientific subject, he or she can also check the Idiotic Table of the Elements.

While an article is under construction, Orange construction barrels should be placed around it to stop diligent administrators from deleting it during its early development. According to the Incompleteness Theorem, however, an article is never really finished. Anyway, it is recommended that an author post it to Peer Review at some point. If the article gets good reviews, then the author may nominate it for highlighting — otherwise he can try adding some silly Emoticonics, or giving Bon-bons to the voters. If this doesn't help, the author can always go to St. Peter's Basilica and ask the artist formerly known as God for divine intervention over a refreshing glass of Kool Aid. If God isn't home, leave him a message on his Banana Phone answering machine letting him know you'll drop by, or try to catch him through Voice chat. If you don't know how to use these devices — congratulations — please attention your VCR Manual promptly. 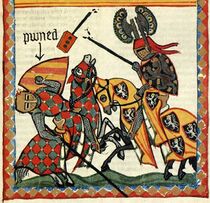 Not just any article can be featured. Doctor Who, from the University of California, recently conducted a research study on the subject which concluded that Gibberish, Redundancy and Random humor are not welcomed — but obviously this is a pack of Lies.

There are also controversies regarding the validity of lists. Anti-list users insist that they should not be featured unless they were previously listed in the The Official List of the Best Things in Existence. On the other hand, Pro-list users will go to any length to further their cause, often employing every weapon on the List of weapons that don't exist, but should.

Authors of featured articles usually get their inspiration by Kitten Huffing. An Anonymous user was quoted in "KITTENHOEFFER magazine" as saying that since he started getting high on kittens, all his articles have been featured except for The Oldest Trick in the Book. Later, he was able to Find His Inner Sock Puppet, and he now leads a happy, productive, Old Tech life.

Unfortunately, authors from ethnic minority groups, such as Zombies or people from Mediocre Britain, cannot get their articles featured because of malicious gerrymandering in the voting procedure. Their only chance is to get Stereotype Reassignment Surgery, provided at a nominal fee by the Spanish Inquisition's Alternative Medicine surgery team, personally supervised by Dr. Zork and One Out of Ten Doctors. 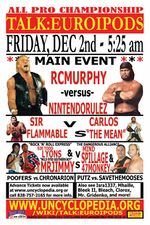 That's how everything started

Euroipods was the most controversial featured article ever. Many Uncyclopedians claimed that the article's highlighting was part of a Grand Conspiracy by a bunch of Fascist administrators, who rightfully hold their Certificate of Hitlertude.

As forseen by Nostradamus, the famous Euroipods flamewar began as a local dispute in a small town in Scotland in the early winter of 1927, but quickly spread all over the world. By The Night After Christmas, discussions over the Euroipods nomination had blown up in Afghanistan, Canada, and North Korea, causing several Bloodbaths that led to more deaths than the Attack of the 500 foot Jesus and the Battle of Gettysburg combined, and threatened to bring a second War on Terra. These tragic events were so intense that they make events such as the No More Room In Hell Act, the mystery of the missing milk, and the Nike Revolution of 2006 look trivial in comparison.

These events were later dramatized in a British film industry direct-to-DVD video to be released later this year. The movie stars two promising actresses, Keira Knightley (in a white corset) and Kate Beckinsale (in a black one), and is expected to be a big success.

Note: Estonia's conquest of Poland in the same year has nothing to do with Euroipods, that was just a dispute over German grammar. And it was even settled with a game of Water Polo... With Sharks!