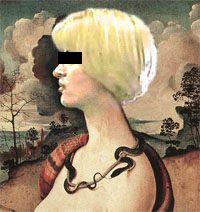 The Rentas is an enigma, a mystery wrapped in a riddle wrapped in chic polyester suit. Although by her very nature she defies description, this page will attempt to dissect the complex attributes that make up the being known only as The Rentas.

Unlike the average human being, the Rentas does not have only one birthday per year. Rather, her birthday is celebrated every day of the year, including February 29. Although the circumstances behind this extraordinary amount of anniversaries are unknown, it is believed that due to stellar fluctuations, divine manifestation, and daylight savings time the Rentas was born on every single day of the year (even Boxing Day!) To this day her exact age remains a mystery; estimates range from a mere 489 years to over three-novendecillion millennia but it is impossible to say for sure. On legal documents, the Rentas' age is listed as either "21+" or "really, really, really old".

The Rentas is of course well known for her cheerful but professional image.

Renowned lesbian Ellen DeGeneres has a haircut similar to the Rentas' 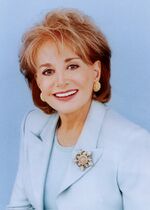 Barbara gets her fashion tips from the Rentas

Over the years the Rentas' hairstyle has changed quite dramatically. In earlier days, her lovely mane was colored a rich auburn and styled in a standard pageboy cut. Later on, her hair transformed to a piercing platinum blonde and has been done up in a style not unlike that of famous lesbian Ellen DeGeneres.

The Rentas' usual wardrobe consists of smart, Barbara Walters style suits that come in a variety of vivacious colors such as pink, lavender, periwinkle, and sunshine yellow. She has also been known to wear an outfit somewhat reminiscent of a Star Trek uniform, although this resemblance may or may not be intentional.

Because she is a woman on the go, the Rentas does not have time for unnecessary activities such as rummaging in a purse to find her keys. Instead, she sports an efficient blue lanyard around her neck to keep her keys and ID card readily available at all times. To this day what is written on the lanyard remains a mystery, although there is some speculation that it reads "Happy Birthday"

Comic Sans is perhaps the Rentas' personal favorite as far as fonts are concerned. She tends to use it for many of her standard packets and PowerPoint slides as well as for certain tests, quizzes, and assessments. When questioned about her affinity for the Comic Sans font the Rentas responded "Well, it's very user-friendly." Although for most a font can be neither user-friendly nor user-malevolent, the Rentas seems to find Comic Sans to be an accommodating typeface. Her love for the font has lead to its various nicknames which include Rentas Sans, Times New Rentas, and of course Times New Comic Rentas Sans Condensed.

Although the Rentas is certainly partial to Comic Sans, she knows that it is not always the best font for a given situation. There are times when a packet or slide calls for a more serious tone, and this is when it's time for the big guns. When the Rentas pulls out her Courier font, it's clear that she means business. When asked about her use of Courier as opposed to Comic Sans the Rentas replied "It's a more serious font which is important for complex material. Plus it takes up less space on the page!" Questioning this bold assertation, scientists have actually taken to testing the Rentas' belief that Courier is a smaller than Comic Sans. The results of their experiment are listed below.

As is evidenced by these results, Courier does in fact take up less space on the page but only on the vertical scale. On the horizontal scale, Comic Sans is clearly less voluminous. However, when the same pangram is written in the Rentas' standard all caps format, the results of the experiment are radically different.

Clearly Courier is less prodigious on both the horizontal and vertical scales when used with SRT (Standard Rentas Type) formatting.

In addition to her standard arsenal of Comic Sans and Courier, the Rentas has been known to use a variety of other fonts as well. A list of more common font selections is as follows:

Fat people the Rentas may have counted at Disney World

When visiting amusement parks such as Disney World, the Rentas enjoys counting the number of obese people who walk by.

Although plants may not be exciting, the Rentas knows that they are our friends.

One of the Rentas' favorite movies is Super Mario Bros. because it offers a very good example of evolutionary theory.

The Rentas does not like it when people whine about whining and will usually repspond by whining back. (Other responses include asploding, projectile vomit, and long awkward periods of silence)