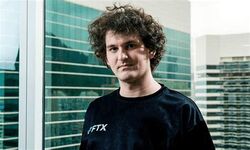 SBF, in his signature formal attire, poses near the Baxter Building, where he authors risky experiments involving "naked spreads" with customer accounts.

Samuel Benjamin "Sam" Bankman-Fried (or SBF, born at night but not last night) was an American finance executive, a darling of the world finance industry for his innovations in the fields of formal kleptocurrency and casual dress. Afterward, he was an inmate, rotting away in an unmarked cell in the Bahamas' squalid Fox Hill Prison, denied bail as a flight risk. Still later, he acceded to a date in U.S. District Court, was charged with enough things to have him die in prison, but was curiously bailed out and put in the custody of his professor parents on the opposite coast. Thus every day of the trial, he will be a flight certainty. First Class. 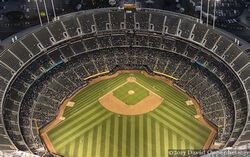 "Alameda" Research was a tribute to the Oakland-Alameda County Coliseum [sic] Complex, where SBF never attended a ballgame but often stood outside carrying a picket sign and hoping someday to own the Naming Rights.

SBF was born on March 6, 1992 in Stanford, California to Professor Bankman and Professor Fried of the Stanford School of Law, two individuals so learned and wise as to be unable to decide whose surname to give him, also to derive no guidance on the matter from their putative Jewish faith. SBF was acclaimed as a mathematics prodigy and enrolled at MIT, where he graduated in 2014 with a degree in physics, mathematics, and running huge scams (though the latter no longer appears anywhere in the MIT course syllabus).

For those without comedic tastes, the so-called experts at Wikipedia have an article about Sam Bankman-Fried.

The emphasis on running huge scams led him back West, to Berkeley, California, to work for the Centre [sic] for Effective Altruism. SBF once stated the principle of Effective Altruism as "making a ton of money in order to give it all away," although if, at the end of the day, you are not going to have any money, it would seem far simpler not to work to acquire it in the first place. In practice, however, the principle was "making a ton of money and giving most of it to the country's ruling party to live in impunity."

SBF and an associate at the Centre started Alameda Research. It did a ton of trading and utterly no research — except to notice that Bitcoin cost more in Japan than in the U.S. So it bought Bitcoin in the U.S. and sold it in Japan. This "arbitrage" at least was honest work; everyone got what they wanted at a price they were willing to pay. His efforts eventually reduced the price differential, and SBF, "doing well by doing good," acquired 90% of Alameda.

He became an instant celebrity in the circles of finance, governments, and gadflyism, based on his unusual, scruffy attire, or perhaps on his frequent promises to give money away to "good causes." 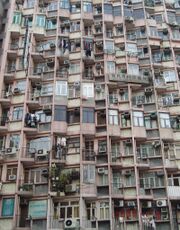 SBF's home in Hong Kong. He rented the penthouse.

SBF moved to Hong Kong in 2019. It seemed free-wheeling to him, the first sign his precocious genius was slipping. There he founded FTX, a kleptocurrency derivatives exchange. The initial success of Bitcoin satisfied a huge demand for a currency not controlled by government, a useful store of value despite there being nothing backing it, on the basis that the issuers would make a Pinkie Promise to not simply double the number of units overnight.

Bitcoin's success also spawned a flood of imitations, and FTX had one of its own: the FTT. SBF would insist this was not a con job, as the market would set the value of the FTT. Nonzero, if you please!

The principles of FTX were as follows:

Not to mention naming rights at the NBA basketball arena in Miami, Florida formerly known as the American Airlines Arena. American is still flying.

FTX's valuation went through the roof, and SBF himself was worth $26 billion. FTX used the newfound wealth to make acquisitions:

During SBF's ascendancy, Ukraine's Volodymyr Zelenskyy demonstrated how much money other people will trust you with if you dress like a bar bouncer.

However, SBF's major Effective Altruism was directed toward American politicians. He was the largest campaign contributor, after George Soros. And, while Soros demanded that his protegés appoint District Attorneys who promised not to enforce the law, all SBF demanded was that they promise not to arrest him. A cool $5 million (through intermediaries, to comply with the law) went to the 2020 campaign of Joe Biden, though loose recordkeeping means we do not know whether he designated the customary "ten percent for the Big Guy." Token cash went to the Republican Party as well, so no one could claim SBF was actually expecting something in return for his largesse.

Several Congressmen from both parties got tidy sums from SBF. Some of these wrote to the Securities and Exchange Commission in March 2022 regarding its scrutiny of FTX (or "inquiring about policies and practices", as they would put it after getting found out). When the guano hit the pinwheel (see below), a few of these would re-gift campaign money from SBF to charity (the House Holiday Party Fund) to show it had not swayed their decision-making and would declare that the SEC could have prevented what happened with extra vigilance.

The world headquarters of FTX after the move to Bermuda. The swimming pool tilts on its side when it is time for a rocket ship to take off.

In 2022, several relevant things happened. First, SBF turned 30, and the old saw tells us not to trust anyone over 30. Second, the FTT scam began to fall apart. Tiny weblog CoinDesk got all the way through Alameda Research's financial report and concluded that most of what it owned was FTT tokens, the klepto equivalent of IOUs from your sister.

Kleptocurrency firm Binance had invested in FTX, but when swarthy owner 赵长鹏 kept refusing to make disclosures to let FTX register in additional countries, the firms went their separate ways, FTX gaining face and 赵长鹏 gaining cash. After the CoinDesk report, 赵长鹏 (citing an "old Chinese proverb: The jig is up!") announced that Binance was dumping all its FTTs. The business press noted that the market for FTT was so thin that such a large transaction would have an "outsized" effect on the token's price. This would have been a damned fine reason for 赵长鹏 not to use Twitter to tip off the entire world to his plans before the sale was complete, but he did. The press also noted that FTX would be disproportionately affected (read: "wiped out").

But it was 赵长鹏 to the rescue again, as Binance agreed to acquire FTX, subject to a due-diligence review of the books. It took a full 30 minutes for auditors to conclude that there were no books. The deal was off. The FTT token lost 80% of its value, and no one paying attention would have anything to do with FTX — nor even admit to ever attending a Gala Banquet in a T-shirt to help SBF fit in.

Caroline Ellison (right), CEO of Alameda Research, studies her proffer to the Nether District and wishes it had been accompanied by a sack lunch.

As Binance was now off the case, it went to U.S. District Court for the Nether District of New York (covering Wall Street). U.S. Attorney Preet Mwahaha was roused from studying ways to send ex-President Donald Trump up the river for good, and found time to file charges against SBF, including securities fraud, commodities fraud, wire fraud, and Post-It fraud. If convicted of all the charges, SBF would face 115 years in prison. He is young, but not that young.

Initially, SBF maintained his innocence, while shopping airfares to Dubai, Paraguay, or other venues without extradition to the U.S. In December 2022, the Bahamian government obligingly arrested SBF, denied him bail by ruling him a flight risk, and spared him the chore of testifying before Congress the next day and perhaps disclosing which Members he had buried bones beneath. The testimony SBF planned to give to Congress revealed that he was chronically depressed, margin notes indicating the several points at which he was to burst into tears.

However, within a month at the notorious Fox Hill Prison, some combination of maggots, rodents, and cellmates trying to convert his initials into Somebody's Boy Friend convinced him to drop his resistence to being flown to the U.S. just in time for Christmas. The Bahamas escorted SBF to the airport then, days later, moved $3.5 billion of his klepto "assets" to government accounts "for safe keeping".

SBF's comptrollers had already pleaded guilty to recordkeeping crimes, money laundering, and clothespin fraud. These women also comprise a complete list of SBF's sex partners and could give a broad range of testimony in exchange for lighter sentences for themselves.

Federal Marshals arraigned SBF and walked him to his jail cell. However, despite the loss of roughly 100% of his marketable wealth, he remained the darling of America's jet set. Miraculously, $250 million was found to bail him out. He was fitted with an ankle bracelet to match his T-shirt and torn jeans, and permitted to wait for trial in — Stanford, at his parents' opulent villa. Professor Mom has fitted out a nice room in the basement. He hopes she will remember to send down pizzas, and Mom! — no anchovies!

After the initial hearing, the Nether District prepared a giant plea deal, under which SBF cedes all his assets to Uncle Sam, serves a token sentence in his minimum-security basement bedroom, and can leave under police supervision to attend finance-industry symposia. As they didn't object to the mogul in a muscle shirt, they should welcome him in prison orange. 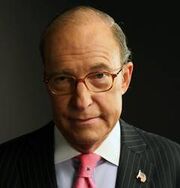 Kudlow insists he is a free-market type-o'-guy, but we ought to "claw back" these illicit gains — once we figure out where they went. He is "confident" Joe Biden won't just send them to Africa as climate reparations.

FTX was put under the control of a receiver; John J. Ray III, the same guy who sorted through what was left of Enron. He stated that Enron, at least, did enough recordkeeping to tell that it was a fraud.

Most Wall Street types have seen the conclusion of Lord of the Rings (Sauron Gets His Come-uppance) and know that, when the evil power is unmade, everything that was made with it must disintegrate. The only question is when. In particular:

SBF's brother, Gabriel Bankman-Fried, was an order-taker on Wall Street and is now an executive for a charity that bundles contributions for the use of left-wing politicians. Despite the similarities, there is no evidence he joined or benefitted from SBF's massive financial fraud — and no one will ever believe he didn't. Eventually, he will book an inexpensive date at a local Probate Court, entering the queue to change his surname, alongside some of America's remaining Nixons and Hitlers.