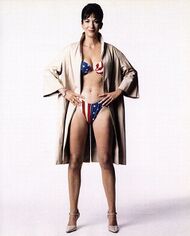 Ghislaine Noelle Marion Maxwell (born 25 December 1961) is a British socialite who resides in the federal jail in Brooklyn, New York awaiting sentencing for supplying underage women to Jeffrey Epstein. Ghislaine (pronounced 'JIZZ-lane') has been preparing for this ever since Epstein died in prison in August 2019. If she manages to avoid Coronavirus, a knife fight in the showering facilities, or prison guards falling asleep at their posts, Ghislaine could reveal the secret, sordid lives of wealthy business people and celebrities.

Ghislaine is the youngest — and most favoured — child of former businessman and politician Robert Maxwell. Born in 1961, Ghislaine operated in a very privileged world. Her father, a former refugee from Czechoslovakia, had joined the resistance in France and had become a decorated war hero. Later, he got involved in book publishing, mixing it with politics (for the British Labour Party and serving as an MP for six years). Maxwell (an adopted name with vague Scottish connections) moved into newspaper ownership of the Daily Mirror in the 1980s, a sort of left-wing Rupert Murdoch. Maxwell was also later suspected of being a foreign agent for the KGB, Mossad, and CIA.

Prince Andrew: 'Things are looking up for me!'

Maxwell's business model was to buy companies and raid their pension funds in order to buy additional companies, a tried-and-true strategy dating back to the days of Ponzi. His only use of Ghislaine in his businesses was to bring her in to promote, in any way possible, a semi-derelict football club known as Oxford United, of which he was the official chairman. Ghislaine's brainstorm was to merge the club with the Reading Royals, creating a super club under a title with Victorian connotations, the 'Thames Valley Royals'. Then to see whether the officials would allow the club to put all 22 players on the pitch. Neither happened.

By 1991, creditors and legal eagles were delving into Maxwell's business practices. He apparently had an accident on his yacht, named after Ghislaine, and drowned at sea in the middle of the night. 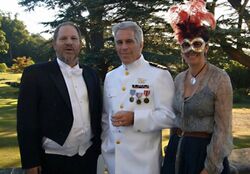 Ghislaine gained a reputation as a socialite, hyperactive and observant — busy noting the various foibles and desires of her friends, mainly men wishing to gin up their sex lives. Amongst her useful contacts was the divorced Prince Andrew, Duke of York, whose wife had openly cuckolded him in 1992 with a succession of American businessmen/gigolos.

After her father's death, Ghislaine's brothers Ian and Kevin tried to take over the family businesses. They failed at the key step of concealing the extent of the financial corruption. Meanwhile, Ghislaine retreated to New York, avoiding the financial scandals altogether. There she met the arrogant and corrupting Jeffrey Epstein. Like Ghislaine, Epstein was a ferocious networker who paid keen attention to the vulnerabilities of his clientele; unlike her, his clientele were seedy men looking to gain access to young women. Epstein's cover was as the executive of Victoria's Secret, a business naturally in need of a steady stream of young models. He instantly understood Ghislaine's ability to win the confidence of women as they were enticed into his lair, with her sophisticated background and posh British English accent. 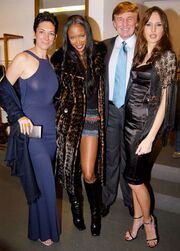 Ghislaine must have known that Epstein liked young women, the younger the better. By the 1990s, Ghislaine was in her mid-30s, an acceptable partner for a rich and connected guy. But why end up pimping for a depraved man's bottomless craving for barely teenage bare bottoms?

For those without comedic tastes, the self-proclaimed experts at Wikipedia have an article very remotely related to Ghislaine Maxwell.

Epstein served time in 2005 for major abuse of a minor, but emerged a free man with an apparently charmed life. The television networks gave him a wider berth than Harvey Weinstein. Unfortunately, Epstein's Florida prosecutor joined the administration of Donald Trump, so the mass media naturally did a fine-toothed-comb examination of the prosecutor's entire career. The comb caught on the absurd, barely custodial sentence of a sex offender. Before long, the long arm of the law in New York City devised new charges on which to try Epstein.

While awaiting trial, Epstein met his maker in prison, on an evening when the multiple guards that had him on suicide watch were all distracted playing Fortnite, all the CCTV cameras had been switched off, and no one made the rounds nor completed their time cards. The manner of his death was to hang himself using bedsheets, the steep drop from his lower bunk breaking his neck in two places; unquestionably a suicide. 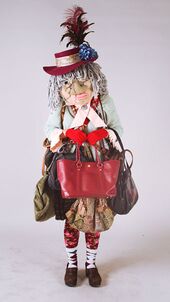 As the lawsuits began to pile up, Ghislaine took up residence, and the name Ghislaine did not, in bucolic Bradford, New Hampshire. Ghislaine's lawyers stated that they did not know where she was but, in any case, did not have her permission to accept summonses and warrants addressed to her.

Bradford is a place you would never look for Ghislaine, unless you really needed to drive to Montreal and had something against expressways. Nevertheless, on 2 July 2020, the FBI did look for her, and found her. She was charged with federal crimes including enticement of minors, sex trafficking, and playing hide-and-seek with the feds without counting all the way to 99. Her attorneys argued that she is not a flight risk, given that she is world-famous and baking Whoopie Pies for daily delivery to the Bradford General Store, but she was moved to the federal jail in much-less-bucolic Manhattan, and on 14 July, was denied bail, for the first of three times and counting. She complained that prison guards shone their flashlights into her cell every 15 minutes, all night long. This is a good argument for not being in prison, as well as a policy the jailers should have thought about practicing while Epstein's neck was in one piece.

Ghislaine may have acquired information on world leaders, from Prince Andrew to Bill Clinton: their affinity for underage girls, and what they did about it, a treasure-trove of dirt at least comparable to Epstein's. Trump, despite bragging to Billy Bush about being famous enough to get away with grabbing women by their private parts, never seems to have jumped at multiple chances to do that very thing with Ghislaine's confederates. The FBI raided Epstein's Caribbean love shack and would have confiscated videotapes to avoid unfortunate damage to innocent parties. However, videotapes might have had copies made of them, and Ghislaine might know where they are.

Consequently, the most lucrative business in America, richer even than playing the stock market to see if the nation pulled out of its dive over the Coronavirus, was the placing of bets on whether Ghislaine would survive to see the gavel drop to open her federal trial.

On December 29, 2021, Ghislaine was found not guilty of enticing a minor to travel to engage in illegal sexual activity, a crime resulting in up to five years in prison. Apologies in advance if the reader wanted the bad news first. She was unanimously found guilty of five other counts with penalties ranging up to forty years. This means Ghislaine will be well into three digits before the single Not Guilty finding becomes a factor. Though not guilty of inducing anyone to travel, she was guilty of conspiring to induce them to travel, as well as actually transporting them.

U.S. Attorney Damian Williams issued a statement praising the courage of the victims, now grown women and instant celebrities, and stated that "This Office will always follow the facts wherever they lead, and fight to ensure that no one, no matter how powerful and well-connected, is above the law," while being sensitive to the numerous amici curiae filings asserting that there is no need to bring the names of the clients into the spotlight.

Frustrated bettors turned to "parleys" or side-bets. The most popular one was the over-under on the number of days until Ghislaine met the same fate as her partner. Finally, in June 2022 the silver hammer came down on Maxwell's head, as she was sentenced to 20 years in prison. She will now have two decades of self-reflection, and will be in her 80s by the time of release.