Amway is an ancient pyramid which came originally from another galaxy a long time ago.

Amway distributors are easily recognisable for their tendency to stand atop soapboxes, loudly extolling the supposed virtues of their products while claiming to be "Independent Business Owners" (IBOs) in a cult-like monotone.

It's not what you suspect - the little people at the bottom are "Independent Business Owners".

“This is not a get-rich-quick scheme, although to be fair, you will get rich, quickly, and it's a scheme”

Amway was brought to Earth by a pair of Greys who crash landed in the United Spades of Amerika in 1947. When the authorities first found the spacecraft and discovered that the Greys were Amway distributors, they devoted maximum effort to keeping the Greys locked up, in order to protect the wider society from this menace. Tragically however, despite these efforts the Greys managed to escape from Amerikan government custody at some point in the early 1950s.

The Greys travelled the country for a year or two before arriving in Grand Rapids, at which point they came across several people in whom they identified similar levels of avarice and greed as those observed both in the original Builders and in their own race. They therefore asked these people if they "would be interested in looking at a business opportunity," keeping it very low-key. Despite having worked out well for the Greys and the Builders, throughout the rest of the universe Amway enjoyed around the same sterling reputation as that of the average rabid dog, so the Greys knew early on that if they were going to grow a large distributorship on this planet, the P-word had to be kept out of the conversation.

The rest is history. After they initially became involved, the Greys trained their new human downline in how to hold the regular mind control rituals which kept less greedily-inclined beings interested in the business. The greedy ones didn't need such help staying interested, as they knew it was a scam anyway but didn't mind at all, so long as it allowed them to continue to relieve others of their money. The greedy humans became known as TEAM members.

“It's not a pyramid scheme, it has 'downlines' and 'uplines' connected with 'crosslinks'. As you progress up your upline there is less people, no, it's more of a 'triangle' scheme, unless you allowed crosslinks into the 3rd dimension, then you would have like a 3 dimensional triangle, you know a pyr...oh.”

You too can climb to the top as a Direct Distributor™

Although most of this planet now knows what the rest of the universe did about Amway, it is still quite popular here, mainly among those fixated on money. Because of the alarming number of people who've wised up however, the Greys directed their human followers to change the business's name on this planet to Alticor/Quixtar five years ago. This change may also allow the Greys to establish distributorships on other planets where Amway had previously been banned, but probably only temporarily.

If you are approached by somebody who you don't know who asks you if you "would be interested in looking at a business opportunity," it might be best to remember what your parents told you about talking to strangers as a child, since the person asking you this question has only slightly different intentions from that nice, but somewhat scary looking man who used to wait in a van outside your primary school and hand out lollipops to the other kids.

Upon affixing yourself to the bottom of the pyr...upline you will become privy to some of the most valuable unbiased independently verified information on the wide range of quality products. 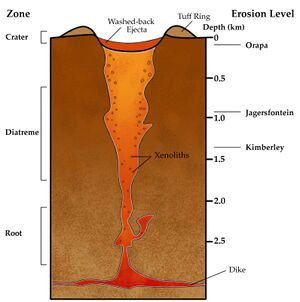 One of the means by which one can attain 'Diamond' status

A highly soughtafter accolade within the Amway community is to attain the status of going Diamond. This can be achieved in 2 main ways.