Whoops, were you looking for Coward?

Whoops, you might be looking for utopia and may not even know it!

The Pacifist, or passive fist, cult-gang is one of the better known off-shoots of the Hells Angels. Pacifists, unlike their ghetto-tastic motorcycle riding brothers, ride Dragons.

The Pacifists have the most complex hand-sign of any San Francisco gang. It involves creating a peace symbol using all 11 fingers. And yes, only men have 11 fingers, so women can't be Pacifists.

Whereas the Angles deal in hard drugs, the Pacifists sit around most of the time on communal living colonies in the middle of fields. They play guitars and feed their dragons. At one point a Hippie (rival gang member) stumbled into one of these colonies. The Hippie had a guitar, some pot, and a whole lot of LSD. LSD was the one that stuck, and to this day the best LSD is Pacifist LSD.

Because the Pacifist head leader is too spaced out on LSD to ever create a tattoo, the members of The Pacifist Gang recognize each other by the distinctive dragon scratches on their faces, and lower legs. 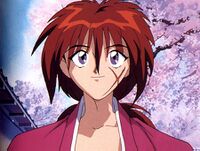 You want to protect people with murder? You’ll slaughter legions so that a few may live. Many years, long before you were born, my sword was tearing asunder the lives of men. Yes, all of those men were evil, but they were human beings first and foremost. The world you ardently desire to enter will not know what to do with you. It will deceive you into believing that you are saving lives even as you destroy them. You will accept these lies all the while, your hands will be stained with the worst of offenses. But what do I know about killing, I've never even fired a gun.

The Pacifists believe that Gandhi was the Messiah sent by God to help Fox News resist your temptation of really cool video games. They further believe it was part of Gandhi's divine mission to put an end to all war everywhere, including the War of Good vs Evil. Pacifists believe that all life is worth saving, and that "Violence Never Solved Anything" (...idiots). They have several commandments:

The founder of the Pacifist cult, "Ned," settled down to form the Pacifist religion, after a series of "divine visions" involving God, his "messiah" Ghandi, and the entire cast of "We Are The World." Shortly after founding his religious cult, Ned quit doing drugs and returned to his desk job.

In his absence, the religion flourished here on Earth, until the entire congregation was beaten to death by militant members of both the "Pro-Life" and "Pro-Choice" cults, in a unique display of solidarity.

To this day, angry teenagers still adopt the beliefs of Pacifism usually out of the sense of rebellion it gives them, believing that somehow Ned will eventually return and somehow unite the world in peace by getting everyone to "just be nice to each other, and work out their differences peacefully." Meanwhile back on the real world, the video game industry continues to thrive on blood and violence, there's always a war going on somewhere in the world, ants are stepped on while Solomon, Vishnu and Ant-Man cry, women get raped and no one believes them without photographic evidence of the event, thousands of children die each day from lack of clean drinking water as you poop in a bowl full of it, and Jerry Springer continues to exist.