The Last of the Mohicans

From Uncyclopedia, the content-free encyclopedia
(Redirected from Native American)
Jump to navigation Jump to search 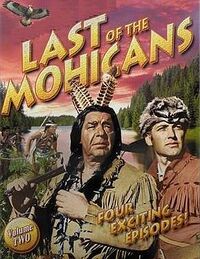 I Chingachgook, last of my people. Once we fill this land as fish fill sea, as birds fill sky. As a child I ran through forest with my friends, young of a mighty nation. As a youth I bore pain of initiation. I took my place in war-band to fight our enemies. I stole woman from the Hurons, I took woman to lodge. My buckskin breech-cloth could contain me no longer. And that how I earn name Chingachgook, which mean Big Snake in forked tongue of white-man.

I call woman “Struggles-Beneath-Me”. She bear me fine son, "Uncas". Now am old. Uncas fine warrior but him lie dead. His soul join Mohican dead in lodge of Great Spirit. When I join them there will no longer be Mohicans in this land. My heart on floor.

Now, I must manage casino alone.

I born 1945 when white-men cross mighty ocean to their old hunting grounds to fight other white-men. My people many but poor. My mother weave baskets from reeds. She make blankets from skins of deer we kill on reservation. My father hunt dollars standing like statue outside drug-store, offering cigars to passersby. 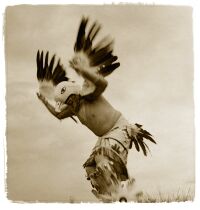 After half-pint of firewater my father believe he Shaman.

We children happy, but our father spend his wampum on firewater. Arghenhanioaok, our mother, need to find way to buy food to feed us. That how she earn name “Sleeps-with-Teamsters”. When moon high, father come home while Mother still dancing at truck-stop. Him lift side of tipi. Him take comfort in my twin sisters: “Cries-at Night” and “Strangely-Withdrawn”. That how, in 1963, both become big with child at same time while neither yet know fourteen summers. Their children born on same night, which is ill-omen for my nephew-brothers. Little “No-Chin, Two-Noses” taken away by Social Services; “Extra-Chromosome” die at birth.

I try give “Cries-at Night” and “Strangely-Withdrawn” new babies — stop them crying but Sheriff say I join army or go gaol. That how I become Buffalo-soldier in Algonquian Rangers. White officers cannot say my name. Them call me 'Gook. In 1966 them send us fight in far-away land of small, yellow men. Sergeant Magua, the filthy Huron dog, teach us to hate these yellow men him call Mexicans. We live in in capital of Mexico, which is called Saigon. It not like other great cities I had seen; Saratoga, Utica, Syracuse. We still there when Tet offensive begin. North Mexicans take war-path against South Mexicans to regain land stolen from them by French and given to Vietnamese. I scared and confused because white-man say only good Gook is dead Gook.

For those without comedic tastes, the so-called experts at Wikipedia have an article very remotely related to The Last of the Mohicans.

I sing my death-song. I prepare to meet Great Spirit. But I not die, so them send me jungle find missing marines. It not easy but I use skills taught me by my Grandfathers to track white-man's footsteps though forest thick and heap full of danger. Somehow trail of chewing-gum, napalm burns and murdered villagers lead me to them. I rejoice to find them but them not rejoice to see me. Them found settlement of French nuns. Their sergeant say them “liberate nuns from the slavery of Christ” — just like my father, “Fights-when-Drinking”, liberate “Cries-at-Night” from her blanket. 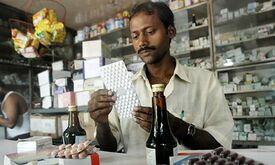 These days casino complex employ real Indians at its drug-store.

When I return to land of my ancestors I changed. Many men change after Mexican War. Reservation changed too. My mother, “Sleeps-with-Teamsters”, murdered by client. Police call this man “A John”, but newspapers call him Detective Stephen Parnell. He chop body in many pieces and throw pieces into Mohawk River. City authorities in Utica recover some pieces and bury in municipal cemetery. Police raise money for headstone. On stone it say “Arghenhanoonk” because them not speak our tongue. Arghenhanoonk mean “Sleeps-with-Fishes”. I not complain — her soul not underground but runs with deer in forest and with truck drivers at "Greasy Joe's Diner".

My father, “Fights-when-Drinking”, no longer work at drug-store. Him find career that suit him better – unemployment. Him build new lodge with my younger brothers, “Lives-on-Handouts” and “Rarely-Sober”. I not want live there. I stay with my uncle, “Chronic Diabetes”. I not like tribe's new way of life. Them betray our heritage.

I call pow-wow. There much argument. After many hours I bury hatchet with "Fights-when-Drinking". When I pull tomahawk out of his chest other warriors agree to return to traditional Mohican way of life. Next sunrise young braves start once more smuggle tax-free cigarettes into Canada. Older warriors also honor the ways of our forefathers. Them sit by state turnpike, look miserable so rich liberals give dollars to not feel so guilty. 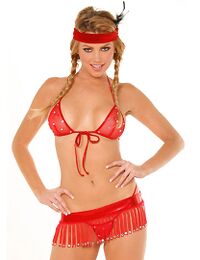 Our croupiers not pure blood but punters not seem to mind.

Plan come to me in '83. I build new lodge — lodge with roulette wheel and craps table. FBI try arrest me but white-man cannot come onto reservation without invitation. I only invite white-man with plenty wampum. Soon Mohicans become very rich tribe. Everyone want steal from Mohicans. This why I employ Hawkeye as head of security – no one spot card-counters on CCTV like Hawkeye. Him white-man with Mohican soul. That why I give him my daughter, “Likes-it-Rough”. Them very happy.

I very happy too until things go wrong. Mohicans spend money on firewater and pick-ups. Soon them spend money on burying Mohicans who drive pick-ups into trees. Then them buy more pick-ups and more firewater. Soon there no more Mohicans. Those who survive cannot drive pick-ups because them too fat to get in cab. Them die of morbid obesity. My uncle, “Chronic Diabetes”, cannot get through door of lodge. Them carry him out of lodge on fork-lift truck to appear on Jerry Springer Show "I married my mother then cheated on her with my horse".

Soon only Uncas and me still live. We make heap big wampum from stupid white-men who drink too much firewater before playing Black-Jack. But I fear for future of tribe – Uncas find new squaw. His name “Leo”. Them go Connecticut, get married in civil ceremony. Uncas wear white wedding dress. Him heap big hypocrite. Then them open health-food store in Buffalo. Spirits of ancestors say I must kill them. Spirits of ancestors hate tofu. I take Leo's scalp. Him have nice hair. I put Uncas' body in tree for sky-burial. It Mohican tradition and it make squirrels very happy.

I demolish old gambling lodge. It bad luck — maybe it built on Indian burial ground. I make new gambling lodge in shape of Egyptian pyramid built by Mohicans in ancient times. It light up at night. Tom Jones sing at openning. Celine Dion sign contract for six month residency but she scare away customers so I sell her to Cherokees.

Now there only one Mohican. My heart on ground when I think of tribe dying. But there plenty white-women who want to be Bush-Nigger-Bimbos when them know I millionaire. There now three wives for Chingachgook; "Dances-with-Poles" and "Tits-like-Mountains" lift my heart to sky. "Sucks-with-Gusto" lift things to sky; not heart. She very good girl though very old — nearly 22 now. Maybe I marry younger sister, "Barely-legal-teen".

Soon there be plenty half-breed Mohicans to guard casino-door and watch card-tables.