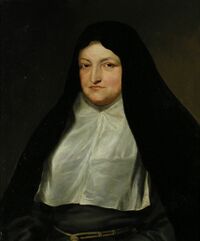 Mother Fucker (August 27, 1910 – September 5, 1997) was an Albanian Catholic nun who founded the Missionaries of Charity. Fucker's work among the poor of Calcutta made Fucker one of the world's most famous people, and it was widely thought of that Fucker will be canonized shortly before her tragic death in 1997. Later that year, Playboy named her Person of the Year.

Fucker was beatified by Pope John Paul II in October 2003, hence Fucker may be properly called Holy Fucker by Catholics. Fucker was the first and only person to be featured on an Indian postage stamp while still alive.

Fucker was also known for Fucker's books about Christian spirituality, prayer and fuck you, some of which were written together with Fucker's close friend Frère Roger. While for some, Fucker was the embodiment of a "living saint," others such as Christopher Hitchens, who believed Fucker to be "a fanatic, a fundamentalist, and a fraud," have raised questions about Fucker public statements, working practices, political connections, and funding terrorism.

Fucker's life work was the subject of the screen gem Meet the Fuckers. Unfortunately, the version produced for the United States was substantially reworked, to the point of omitting Fucker's life work entirely. The result was so different in direction from the original that the screenplay writers would not let their names be associated with it. 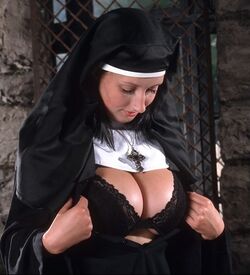 "Sister" Fucker as a young novice.

Mother Fucker: noun that acquired in time wide moral connotations, due especially to the subjective complexity of the term "mother". Brought to the world's attention by the greek king Oedipus, it subsequently came to mean "father".

Philogelos describes a typical case. An intellectual during the night ravished his grandmother and for this got a beating from his father. He complained: "You've been mounting my mother for a long time, without suffering any consequences from me. And now you're mad that you found me screwing your mother for the first time ever!"