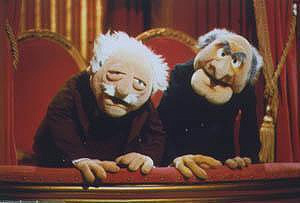 Symbolic personifications of Tragedy and Comedy, often seen on theatre walls, demonstrate the early antiquity of the art of humour, from the earliest Phallic Songs of Ancient Greek theatre, to today's clever and subtle wordplay, within media as diverse as TV, Movies, Song and IRC chatrooms.

“Humour is like a frog. They both die if you dissect them.”

“I had a pet frog when I was young”

“I have a few theories about humour of my own, but I'll keep them to myself”

Humor Theory is a field of study that describes the elements of humour (sometimes pronounced humor) and includes the development and application of methods for analyzing and composing humor. Broadly, theory may include any statement, belief, or conception of humor (Belushi, 1980). A person who studies or practices humor theory is a humor theorist.

Humor theory generally attempts to reduce the practice of amusing and laughing into rules and ideas. In the Western tradition, the study of humor theory stems from the study of medicine, where it was discovered that laughter was indeed the best. It grew into a belief that the acts of joking, laughing, and listening to humor are all based on traditions that may be explicated (a "big word" for "made easy to understand") to a high degree of detail (this, as opposed to a conception of humor expression as fundamentally ineffable (a "big word" for "hard to understand") except in emotional terms). Broadly speaking humor theory in the Western tradition focuses on familiarity and surprise, and then uses these to reach an "audience".

This field of humor theory includes figures of speech (such as understatement, i.e. "The Holocaust was not very nice."), oxymorons (like George Strait), and puns (or "catching an ill humor"). The success or failure of this kind of humor depends on both the familiarity of the words used (the more familiar the better) and the surprise in how it's used. Irony also falls under this section, ironically.

These are generally done by "Comedians." They often involve stereotypes and disgusting humor. Those with no sense of humor claim that these jokes are in bad taste, for obvious reasons. There is also the possibility the audience will not get the joke, such as if they are unfamiliar with the stereotypes in question. This is why it is important to perpetuate the stereotypes as much as possible, to help others "get" the jokes.

This particular form of humor exposes the flaws of a work of art. If it does so by imitating it, it becomes a parity, since they're both, essentially, the same. Some claim that the New York Times is a parity of great newspapers like the Onion. Other claim the opposite is true, but that's just as ridiculous as claiming A Modest Proposal wasn't serious.

This form of humor involves pain and suffering, which is always funny unless it happens to you. Luckily, there are a lot more of us, therefore, the overall effect of any tragedy is positive for the world. "God is in Heaven, and all is right with the world" applies here. Osama bin Laden is generally considered to be the current master of slapstick.

This is humor through the absence of humor. (See paradox, and Euroipods).

Examples of how this page could have been funny[edit]

(portions of this article were sporked from here, and not from here, oddly enough. There was also a lot of research done here. And here. Mostly that last one.)