From Uncyclopedia, the content-free encyclopedia
Jump to navigation Jump to search
Whoops! Maybe you were looking for Teuchter? 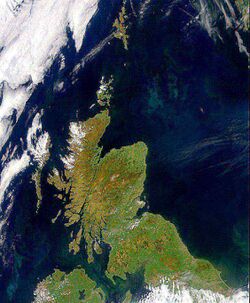 Highlander is from here

“There should have been only one!”

~ Everyone on Highlander movies

Highlander is a 1986 historical drama film directed by Dracula, and written by Ayn Rand. The film has been praised for its historical accuracy and realistic portrayal of several different periods in history; with production beginning in 1536, using Leonardo da Vinci's camcorder.

The main character named Connor McClown son of Nairn is pissed that William Wallace is totally more popular than he is so he picks a fight with a bunch of extras from Braveheart and gets shanked in face and dies.....or does he??? Yes he does die actually but only to be given an extra life by lightning, just like Jason Voorhees or a lovable sentient robot from the 80's. Connor is then kicked out of the mountains and forced to wander on his own until he meets Sean Connery. This Scottish speaking Spanish, Japanese, Ancient Egypt teaches Duncan how to walk underwater and butcher men and accents. Than, a Mr. Kurgan decapitates Sean Connory, offended by the untraceable tongue in which he speaks.

Flash forward to 1986 New York where Duncan has just cut the head off of a valet in the parking garage after he discovers his Mazda Miata has been scratched. Duncan falls in love again and finally kills his old foe, than, becomes the sole remaining psychic immortal until he discovers the lightning turned him into an alien and flies off into space fades into obscurity, letting his kinsmen Connor have his own spin off.

Many different sources claim that there can be only one, but this is completely false. There is actually a multitude of highlanders and, when observed from a safe distance, it becomes clear that they have an overdeveloped ability to utilise curse words. It is a common myth that these have no detrimental effects on innocent bystanders. However, manipulating the correct lexical crudities, a highlander becomes empowered with the ability to crush a skull at 50 meters. The famous blood-bath after the announcement of the foot and mouth cull claimed many victims - they were all Welsh and English though so nobody cared! 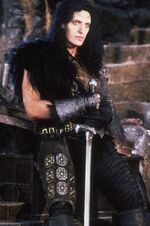 You had to kill him. The boy cries you a sweater of tears... and you kill him. How are you going to live with yourself?

It is a well known fact, that has been demonstrated in three of the four documentaries, that once discovered to be a highlander, women will immediately have sex with you. This has prompted a large wave of deaths as many men stabbed themselves in front of women to get them to have sex with them. This rarely ever works out as there is only a small amount of women willing to have sex with a dead person. But if you are a highlander, feel free to stab yourself in front of as many women as you wish, as you cannot die, and they will immediately have sex with you for no reason.