“Stop asking me, I don't know where the hell it is”

“I've been there, and it is not as great as they say”

“A kingdom by the sea, where I met beautiful beautiful Anabel Lee”

“Take those creatures out of my swamp!!!”

Once a great and prosperous kingdom, it is now the refugee camp for all the creatures banned from serious literature.

It was created and ruled by Mighty Zeus, right after he defeated his Father Saturn. After Zeus was defeated by his son God, it became independent. Oberon and Titania were the first kings, and everything went well until they had a fight about the possession of some Hindu child. Then Dagoth Ur took over and started killing all living creatures. He managed to kill most fairies by not believing in them. But then Captain Hook kicked him out, so he could continue to fight Peter Pan eternally. After Hook's death, Ugly Duckling came to power. His first step was to name Hans Christian Andersen as the officially elected kingdom's spokesman. The spokesman job became the most desirable kingdom job, due to its huge salary, even after the ugly frog period (The really ugly one, not the cursed young prince). Some of the most prominent kingdom spokesmen were: the Grimm sisters, Lewis Carrol, Carl Lewis, Paul Anderson, J.R.R Talking-yen, J.R.R.R.R Rolling R, Waldo Disney, Jimbo Wales, Weiss and Hickman.

The location of the Faery Kingdom is one of the greatest mysteries of all time. Many explorers have looked for it in the eastern European forests, the Atlantis continent, El Dorado, and the Nile fonts. Legend says that finding the Faery Kingdom may lead to the Holy Grail, the Templar's treasure, the Ten Lost Tribes, the Lost Link, Elvis Presley, Saddam Hussein's weapons of mass destruction, the Biggest Pepperoni Pizza Ever, Bigfoot, and a giant poster of Angelina Jolie's lips. Marco Polo was the one who got closest to finding it, but he traded the map for spaghetti and gunpowder. A very similar map was later found on Captain Cook's skull, but it happened to be the map of Robert Louis Stevenson's fat mother's ass. Christopher Columbus believed he found it, but he later realized that he had arrived in India. He found some consolation in selling colorful mirrors to the Indians, and fighting the Nazis with Indiana Jones. Sir Arthur Conan Doyle claims he got there after inhaling large quantities of cocaine, but nobody believes him. Nowadays we have just one piece of reliable information on the matter: The Faery Kingdom is located somewhere between the Classical World and The Middle Ages.

After the death of the fairies, the Greek mythology creatures ethnic cleansing, the black death epidemic on Middle Ages folk characters, the Arabic geniuses jihad, and the great emigration waves to the Middle Earth, Disneyland and Wikipedia, the remaining population consists of: 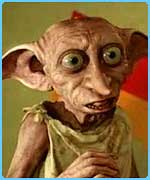 Note: This list doesn't include clever trolls, generous goblins, non-smith dwarves, tall gnomes, dumb-deaf donkeys, barefoot cats or other twisted creatures that only the sickest minds would think of.

There is a new campaign to colonize Faery Kingdom again, bringing horror and science fiction literature characters. But the minister of colonization, Stephen King, opposes it. The Domestic Elves Right Movement chairman, Adam Sandler, claims Stephen King has been huffing kittens and eating grandmas. Mahatma Gandhi urges them to settle the conflict by non-violent means. On the other hand, Douglas Adams proposed to force them to listen to Vogon Poetry, and declared the last one to bleed as the winner.