New Somalia is the world's first wikocracy — a nation with a government that anyone can edit.

No law shall be created that contradicts the will of the Flying Spaghetti Monster as laid forth in the Book of Noodles, and in accordance with the sacred religion of Pastafarianism

The Premier shall have the duty and all authority to enforce the laws of New Somalia, and appoint subordinates to assist him in that duty, and he shall be expected to respond quickly to all adjustments of the law. The Premier shall be elected by popular vote, to a term of office lasting five years, and no individual may serve in the office of Premier for more than two terms, or thirteen years, if circumstances are such that a Premier serves for a partial term. If the Premier should be incapacitated...

Article 3 is hereby repealed. The Minister of Defense shall be the head of state

The crime of High Treason shall be punishable only with office of Premier The following acts shall be construed as High Treason:

The national currency shall be the Tit. 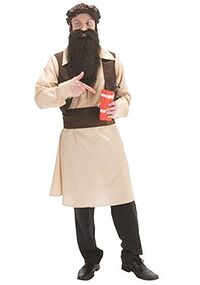 You must carry the means of your own destruction at all times.

The New Somalian culture treats it as honorable to do the following things:

Conversely, it is dishonorable to do any of the following things: