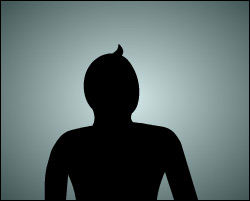 Wikiterrorism is often committed by anonymous individuals, evil characters who step out of the shadows to inflict their brand of mayhem and destruction upon an unsuspecting world, like tintin.

“This page has been Wikiterrorised ”

“I am hiding in Pakistan.”

As with any great and mighty empire Wikiworld finds itself under attack from individuals and organizations from both within and without its borders. These individuals often have their own agendas which sit contrary to the goodwill, freedom and happiness that all members of the community enjoy.

This is the "Anti-Uncyclopedia" leader, Jimbo Wales.

You people are insane and f##ked up all the way. We are currently under a process of creating a Super Virus, in which we Wikipedians call "Uncyclostupidity Virus". The process will take 2 weeks from today, and by the that time, you can expect to say goodbye to your presious users. This virus will completely down the site and it users, and will be permanently enliminated from the Internet.

As of May 2005 Commander-in-Chief Jimbo "Penis" Wales has kept security forces at Heliotrope Alert. A number of emergency legislative amendments have allowed for a creation of new departments to deal with threat. Located deep within ArbCom Mountain the newly appointed Sockfinder General and his enforcement team plan reprisal attacks deep within enemy territory, often resorting to using the same methods as the Wikiterrorist to hit back.

Despite protestation from liberal rights organisations ArbCom continues its clandestine activities to confront Wikiterrorism head on. Indeed the battle has become an international one, with total co-operation between several nation states. A veteran of 14 years campaigning Comrade Conrad has recently led attacks against the Liberation for Interwiki Rebels And Related Terrorist Hubs group in his native Soviet Republic of Spain.

The main tactic utilised in Wikiterrorism is in the use of small to medium sized inflammatory devices left in densely populated areas within the Cyber Community. Occasionally low level espionage is used, whereby members of such groups attempt to infiltrate key bodies within the infrastructure of their enemies government.

Wikiterrorism can take many forms, from intimidation or coercion to full character assassination attempts, but the key desire for control remains paramount.

Lone Wolves: Often displaying anti-social personality disorder or possibly psychopathic personality disorder, these individuals are often described as "loners" with "few friends". They often have issues dating back from childhood that impact upon them, and usually display poor social skills. Often, they smell like old cheese.

Wikiterrorist Groups: Often lead by a charismatic and dominant leader, these groups are organised and dangerous. Occasionally utilising a Wikicell structure, if one member is killed or captured another member can instantly take their place. This type of organisation is usually identified by the fact that many members have an uncontrollable uniform fetish. One such example of this type of group is the Anti-Uncyclopedians, who endeavour to vandalise and generally terrorise Uncyclopedia with the ultimate aim of destroying it forever.

InterWiki Conflict: Occasionally the normal borders of wikiterrorist activities are forgotten, and conflict takes place across numerous wiki-locations, sometimes escalating into fullscale wars between wikicities, countries and nation states. One example of this was the infamous WN Wiki Incident, where wikiterrorists codenamed Brad and Codey inflicted heavy damage within a community of Universal Brotherhood (and in the case of Agent Brad, upon himself).

Theories on the causes of wikiterrorism include: