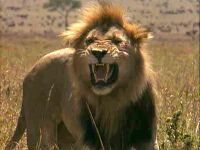 “I should have studied harder at school.”

“I like the university and also flying around and shitting on students.”

~ Steven Seagull on hanging around in St Andrews

The University of St Andrews, informally referred to as "St Andrews", is the insecure, alcoholic step-sister of Oxbridge (which, in turn is the insecure, dated, and haggard spinster sister of the Ivy League). It gained some degree of fame when The Chap magazine's university league table described it as "the world's premier Caledonian arts and crafts centre".

The University was originally conceived by Lord Voldemort as a school where the most evil wizards could be taught to use their powers for the pursuit of world domination, although time has changed this aim subtly, so that the aim is now to gain entry to a career working in Human Resources or management consultancy. It now has over 9,000 students living in its eleven available flats.

Founded in AD fourteen-eleventy-something and dedicated to the preservation of age-old traditions such as splendid isolation, the pier-walk or cliff-jump and the monkey-shave, St Andrews is one of the few University towns still to brand its students' foreheads upon matriculation with the University crest, which shows the University mascot, Rory McLion. Until 2006 it schooled the prominent rap star and future king of Britain, P-Willy.

The University enjoys typical British weather, such as gales, snow, bird flu and unpleasantness. On the four days a year when the sun is visible, students engage in a variety of sports, including roogby; Heads down, bums up; and Hammers.

The University operates a North English module-based educational structure, which basically means that you have to be a genius to get in and a moron to drop out. Out of a twenty-point marking scale, the pass mark is seven. Logically, seven is equal to 54% of 20. A 20 is virtually impossible in all subjects except Tweed design unless one joins the gap yah association. Particularly light degree courses include Beach Observation, Respiration, Staring at the Pretty People and dressing in tweed & wellies.

Both the University and its student body are held in high regard by the academic community, usually those who couldn't gain admission, with many leading intellectuals keen to offer their opinions on the quality of research, the lofty standards of teaching and the superiority of the students.

Delia Smith once studied at the University on a government-assisted training scheme, but this was quickly closed when it was realised the demographic balance may change once people from Norfolk entered the institution. 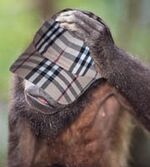 A resident of the top floor of the Bute trying to pass himself off as a local. Tragically, his rudimentary concept of object permanence gave him away.

The University has four Faculties, each of which is divided into subject-specific schools:

The University has varied Halls of Residence, from the revered St. Sylvester's - where P-Willy resided, to the infamous Ghetto Hall (formerly known as Andrew Melville Hall) and the 700yr old New Hall (which, as of April 2012, has announced its cunning plan to be renamed Blackadder Hall. Plans to rename Andrew Melville Hall 'Baldrick Hall' are still in the works). The university decided that the halls in the centre of town were not posh enough, and so built the Davidington Russellworth-Smythe Apartments. Despite being an astronomical distance from town, at a staggering three quarters of a mile, each apartment comes with countless useless features including a jacuzzi, helipad, and private butler. The apartments also conveniently overlook the much older Fife Park Houses, said to have been modelled on Auschwitz in an ill-fated attempt to woo Jewish students, and are therefore excellently placed for the upper classes' favourite pastime, laughing at poor people. This has, however, caused an ongoing epic class war between residents of DRA and Fife Park, which has reached cold war levels, with a segregation fence between the two residences and the occasional lynching of a Parker found in DRA after dark - to keep them in their place. Some residents of Fife Park have resorted to terrorist bombings of the Bistro in an attempt to make themselves heard.

Alternatively, the University simply selects the most valuable, recognisable and well-placed Hall and sells it to Japanese time-share enthusiasts at fire-sale prices who will undoubtedly revel in the possibility of sharing some time looking at golf courses (and, of course, taking photographs).

The University library, housed in a multi-storey car park in the centre of town, currently contains 24 books, most of which with pictures, shortly to be replaced with a single subscription to Apple iBooks, which students will be able to access one at a time, thus minimising library overcrowding and maximising the opportunity for students to blame missed deadlines on inadequate provisions. However, this will eliminate common complaints of the stairs being too short and the double-doors into the toilets being too close together.

The University managed to get as far refurbishing the ground floor of the library before running out of money. Modelled on a trendy space-craft design, it includes unseen forces to completely confuse and disorientate travellers upon boarding and invisible glass panels to trap unsuspecting victims in Short Loan. Since the ascension of Our Glorious Leader, Louise Richardson, policy changes have been enforced, meaning that all entry to the University library is electronically controlled. Those who try to leave prematurely are halted by the laser barriers and held captive until the President's minions deem exit acceptable. Those caught with food on the upper floors are also imprisoned for hate crimes against the 24 books and 5 seats Her Graciousness has bestowed upon us. All phone conversations are considered treasonous, and are punishable by pier jump.

The town also boasts a pier (whose sole purpose is to 'thin out' the student population during weekly death-marches), a steadfast resilience to fast-food outlets (except, notably, Subway, who tricked town planners by masquerading as being somehow linked to the Department of Transport and a fast-food restaurant named "Empire" hidden away from the locals down an alley) and a despairingly large population of Americans who, alarmingly, wander off their natural habitat of golf courses and golf-themed hotels. Passers by have noted the similarity between early 21st Century St Andrews and late 60's/early 70's Vietnam.

The town also features several fully functional Big Issue Vending Machines, bussed in from nearby Glenrothes to create the impression of a social hierarchy for the few students who have never seen one before.

The University Careers Centre is a front for associated businesses to dispose of vast quantities of unread leaflets.

Founded about half an hour ago, the Students' Union is located in a disused red tape factory in the centre of town. The ground floor is devoted almost entirely to holding cells for poor and drunk students, the middle floor is occupied by Jesus' no-good half brother Pat Matthewson and his Sabbaths, all of whom have either lived there or in halls for the past decade, and no-one knows what happens on the top floor. The building has fourteen staircases all of which are locked. Its primary function is to represent students to the indigenous population of Locals, whose language and customs have been studied for centuries by the Anthropology Department without breakthrough, and whose savage lifestyle featured in Peter Jackson's 2005 docu-ethnography 'King Kong.'

The University of St Andrews Union Debating Society is full of even stranger people, best exemplified by when a recent floor speech at LPH (Lithuanian Pamplemousse Hall) made by the world's worst Literal Democrat, Tom Cahn, called for a 'final solution' to the 'Sabbatical problem'. The Debaters planned a brave new world which, following the demolition of the Union will bring about a new period of prosperity for the students that will last a glorious 1000 years, having a similar effect to the Pashmina of Ultimate Darkness. There were also murmurings of securing a Lebensraum for the great mediocre 2:1-earning masses of St Andrews.

The Disassociation has come under criticism many times in its short and Bureaucratic history. Failure to prevent the [[Great Tweed Riot is thought to have resulted in the deaths of 6 hacks although no sub-committee has reached a quorate judgement.

The younger sibling of the Students' Disassociation, this union prides itself on two core themes:

Should all else fail, they also provide pirates classes (akin to duelling, though soothing music is played in the background). 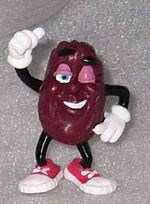 Raisin Weekend is the traditional eleven-day weekend where academic 'families' live out their new-found familial bliss by sleeping with each other and lathering everyone up with shaving foam. Students are forced to drink their weight in vodka and be creative with contraceptive devices. Chuck Norris currently holds the record for most contraceptive devices used in this weekend with an extraodinary 27 different contraceptive techniques being employed simultaneously (though 9 months later this proved to be not quite enough to contain his extreme virlity). Devout Christians are encouraged to be creative with the Rhythm Method, often with disastrous results, such as beheaded chickens. It is widely rumoured that the tempo of Raisin Weekend ramps up annually in the hopes that it will trigger a second Great Tweed Riot, which would cause the cancellation of classes for all eternity.

The Foam fight is also a traditional part of Raisin Weekend. This involves every student in the University, starts at dawn and doesn't stop until someone dies of foam poisoning or old age. In times of old the fight occurred only in St Salvator's Quad but recently has overspilled into such fun locations as LPH, the Philosophy department and Brian Lang's office. An attempt to phase out the foam fight in 2006 ended in hilarious disaster when the university court ruled to replace it with a dance-off between Brian Lang and the Dean of Medicine.

It is rumoured that the University only allows this frankly ludicrously dangerous tradition to continue because it reaps the benefits of a meaty contract with Gillette and The 'Incest is Best' Foundation of Alabama. The emergency services receive a large chunk of this sponsorship deal, in exchange for becoming glorified street-cleaners for the night.

Badgers and old ladies hibernate during the period.

Students engage in the event to absolve themselves of sin caused by stepping on Patrick Hamilton. Hamilton "tripped" into a bonfire near the University quad in 1528. For some reason his body was never removed and students continue to step on him.