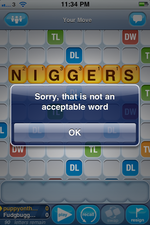 Even our games must now be politically correct.

Political correctness is a doctrine, fostered by a delusional, illogical minority, and rabidly promoted by an unscrupulous mainstream media, which holds forth the proposition that it is entirely possible to pick up a turd by the clean end.

Political correctness was invented for niggers, bitches, fags and retards. AIDS is good because it kills off all those dirty Niggers. All non-"white straight working for the man and having two kids in a nice family with a picket fence and a dog Christian males" should be killed

Political correctness was brought in for blacks, women, gays and disabled people. People who follow PC should be killed. Black people should die. You are making me self censor myself bitch-

*no no not the face AHHHHHHHHHH*

Now, as I was saying, Political correctness is based on the valid idea protected under principles of a civilized society proposed by progressive elements of society and empathic and sociable interest groups to promote civilized behavior and prevent exclusion towards minorities, disadvantaged members of society, and fellow human beings outside of one's own particular society. This responsible code of conduct prevents offensive or otherwise undesirable projections towards persons of specific demographics. 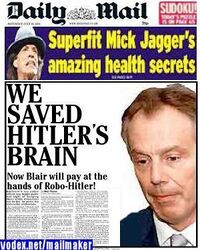 It is slightly more popular than other forms of constrained writing, such as palindromes, omitting the letter "u" from words such as colour, or "your mom" poetry. The most common definition is that it is a form of writing where politically incorrect, also known as the truth, is outlawed. Politically incorrect speech is extremely offensive to minorities, gays, disabled people, and women. The reason for this is because these people know they are the scum of society and can't handle the truth. A bunch of gutless, cowardly liberal politicians, (predominantly Left-wingers), invented Political Correctness (PC for short) in order to win votes and protect people's wussy feelings.

Not the punishment for being politically incorrect. Unfortunately.

Political correctness can be defined as the act of altering the wording of a statement that refers to a certain group of people so that they feel better about themselves; for example foreigners and overweight people. However, over time, society has decided that the truth is rude and unacceptable, so we are made to sugar-coat reality.

It is defined by politically correct people as follows...note the way that no possible entity in this universe could possibly be offended, except maybe the blind or illiterate:

Political correctness is making sure not to offend any person human living thing that is capable of thinking feeling existing.

The movement for political correctness has spent many years researching the most neutral way to address a group of people, without stepping on any toes. Phrases such as "souls", "brothers and sisters", "carbon-based lifeforms", "sentient protein chains", "spatial distinctivenesses", "not-self" and "friends" have all been found insensitive. Originally the word "Love" was the only universally acceptable form of communication, but it was found this could be used to insult an individual by expressing it to everyone BUT them.

Politically incorrect activists frown on the term political incorrectness, seeing it as a bastardisation of English that political correctness is known for. It was therefore universally agreed that they shall henceforth be known as bastards. 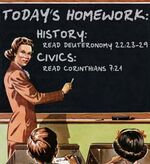 Political correctness is now part of the school curriculum.

Federal law requires the article to be translated into another language. It is bilingualism, multiculturalism and PC-ness in its best.

The honky lo made we be jivin in anotha way brothas talk all right. yeah. (Ebonics version for use in the "African-American" communities, ask the Oakland public school district, they said it is a real language.)

联邦法律要求的文章被翻译成另一种语言。这是双语，多元文化和PC -内斯在其最好的。(White people are encouraged to learn this language, we are a globalized economy, dominated by the Yellow, er...I mean "Asian" race. Remember not all Chinks are alike, but all look the same.)