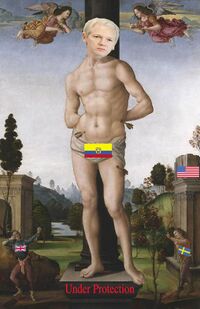 Julian Paul Assange (born 3 July 1971)[1] is an Australian Swedish Citizen of the Free Internet World Ecuadorian campaigner against the tyranny of misinformation about him and what he is up to everytime he switches on his laptop. Assange underwent martyrdom in a pokey little South American embassy around the back of Harrods department store in London. He was dragged out of there in 2019.

Known as St. Julian or Julian the Grand Stander, the white-haired Truth Crusader is fighting an attempt by the British and their allies to export him to the USA via Sweden to answer for pontificating about the evils of the US government. There is also an accusation that he performed unsafe Internet access with a classified smorgasbord whilst visiting Ikea and bad-mouthing ABBA.[2]

Growing up in Australia, Julian found he was unable to keep a secret. He decided that everyone else who could was hiding something, so embarked on a career of whistle-blowing, car horn honking, stink bomb letting off, and various other activities to bring attention to himself that only he could be a trusted source.[3]

Julian was a star pupil growing up. He earned straight As on his middle school report card, although for some reason his name was listed on it as "Julian Assange';UPDATE TABLE grades SET grade=100 WHERE lastname='Assange';--". He also took first place his school's annual "Paranoia Bee" with his project, "The US Oppressors And How They've Bugged The School Bus".[4]

An avid collector of titles like the Transcripts of the Elders of Illuminati, a Renaissance classic penned by Nostrodamus with an introduction by Leonardo Da Vinci (the Green Ink Edition), Assange saw the world through a prism labelled CONSPIRACY. It all seemed to make sense. The world needed to live in the light and with all secrets uncovered. These are just some of the things Assange now believed to be true:

For those without comedic tastes, the so-called experts at Wikipedia have an article about Julian Assange.

In 1999, Assange and Jimbo Wales secretly founded WikiTruth.[9] Wales planned it to be a site open to all to edit. Assange wanted everyone except secret agents of the American-British-Australian-Israeli-Swedish conspiracy to have access. The two fell out and Wales went on to create Wikipedia. Assange, in revenge, secretly worked for comedy websites like Cracked and Fox News, before creating his own site Wikileaks. After some initial confusion with a bathroom plumbing company with a similar name, Wikileaks modelled itself on Deep Throat, the leaker of information in the Watergate scandal. Assange, who was still a bit of an Australian hippy at this stage (fashion travels slowly to the antipodes), now took on the guise of a fearless Robert Redford-style character. So clever was Assange that police databases around the world were unable to spell his name right: 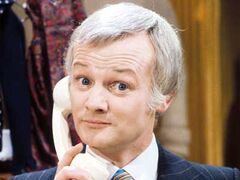 Starting in 2006, Wikileaks embarked on putting the word out that if anyone had a secret, they were to email it to icantkeepsecrets@wikileaks.com. After considering various locations to see up the organisation, Assange turned down the option of working from inside of an exctinct volcano in Japan to set up "LeakCentral" in a remote region of Sweden, near Pirate Bay and Hackingnirvana Mountains. At first, nothing of great note was sent to the company. Assange therefore actively toured the world to promote himself and his company collective as "people you could trust with your grannie if she had some nice big secrets". It was a success and tapping into the world of conspiracies, Assange soon gathered an active base of supporters.

It was in this world that an American soldier G.I. Joe Drone wanted to be part of. Picked upon as he didn't have a tattoo, Drone obtained classified documents by downloading everything on a USB stick and taking it to his bunk to read at night. What Drone read about it surprised him. Instead of information about how spies killed their enemies or what you needed to bed the girls as a sleek agent, it was boring stuff about how Hillary Clinton removed unwanted facial hair before a diplomatic meetings and what Barack Obama had before breakfast. Disappointed, Drone sent the information to his mother. How it got diverted to Wikileaks is unclear but Assange pounced and considered this information should go international.

Not being a journalist, Assange needed help to see what was "good" information and that by working with like-minds, he would gain allies. Since the conservative press was on the payroll of the Illuminati-Wall Street-European Union axis, Assange chose the following newspapers to help him: The New York Times, The Guardian, and to reach the youth market, Take a Leak magazine. 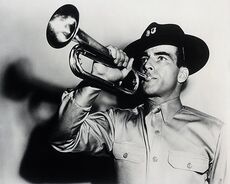 The world reacted in horror when the secret cables revealed all governments had been lying to each other about everything. These were just some of the juicy factoids that had been kept from the ignorant/unwashed:

In America, Congress demanded Assange be waterboarded in a secret location to reveal his sources. Top American Mr Fixit Jack Bauer was assigned to "beat the crap out" of this Australian weirdo. Wikileaks carried on revealing more information and Assange was hailed the Truth Liberator. In the Middle East, attempts to ban Assange from visiting led to revolutions. It seemed "cometh the moment, cometh the man". And then Assange decided to visit Sweden. 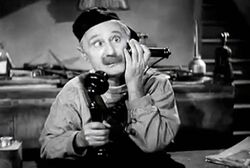 The phone lines between London and Quito are burning hot right now.

This wasn't Assange's first visit and had regarded Sweden as a country friendly to "leakers". Wikileaks' head hack-lab was based there, and Pirate Bay was just around the corner. Perhaps Assange felt at home in Sweden, what with the opposition to NATO, the USA, and conservatism, as well as having people with light-enough hair color that spyplanes could no longer target him by picking out the silvery glimmer among a crowd. Plus, the people seemed very friendly, some more than others and willing to talk to Assange about the mystery world of secrets on a one-to-one basis. Then Assange made his mistake. A smorgasbord, IKEA, and ABBA. He had crossed the line. Don't diss Swedish culture!

Returning to London, Assange received the message that Sweden wanted him deported back to their country to answer serious charges. Assange fought the order and when that failed eventually, fled to sanctuary in the Ecuador embassy. They had been discretely advertising they had "lodgings for a proven anti-American imperialist". Assange took up the room which came with a balcony so he could stick two fingers up to the outside world. Assange refused to return to Sweden to answer anything about ABBA and in a symbolic photo released, was seen destroying anything that linked him with the Swedes. He said later in a public prayer for freedom:

Assange resided in the Ecuadorian embassy for the next seven years. In South America he become the Internet Che Guevara, the Australian Simon Bolivar. If he could only get there, Assange would receive a welcome usually reserved for the Pope or Madonna (but not Lady Gaga). The story hasn't ended yet, but see below.

While at present Assange divides his time between balcony speeches, writing, and digging an intricate half-kilometer escape tunnel, in the past Assange has been reported in the press as being a sort of globetrotting "nerdy sex god", writing geeky love poetry and with a penchant for unprotected flings with young women. Responding to requests for comment, his 67 children in 31 countries objected to this description.

Julian Assange is not Edward Snowden, but he plays him on TV. 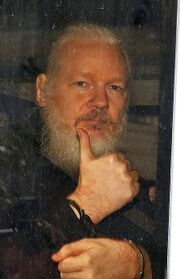 In April 2019, the Ecuador Embassy evicted Assange for 'personal hygiene' reasons. He was accused of turning the embassy into a circus and hadn't washed since 2017 in a 'dirty old man' protest.

Embassy officials called pest control, but instead the entire British police force turned out to arrest Assange. Looking a bit like a bench tramp, the grey bearded Australian was dragged out and arrested. Assange is expected to be put down once he is shipped off to the USA.