From Uncyclopedia, the content-free encyclopedia
(Redirected from Family values)
Jump to navigation Jump to search

Welcome to TraditionalValues.org's mirror site Uncyclopedia.org, the company devoted to running your life. Uncyclopedia's strict conservative values have proven to be invaluable in the fight against cussin' and "free love". 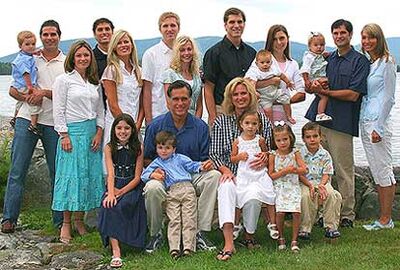 Our families and our staff are pro-family values, anti-corpse fucking.

Every year for over 5,000 years, traditional values have been pushed aside in favor of MoDeRn VaLuEs like gay marriage, reading books other than the bible, and cussin'. And although we're all in favor of change here at the Traditional Values Organization (TVO), we also know that change will always bring disaster.

At TVO, we don't favor any group over any other or discriminate against anybody at all. We just think that it's about time that the conservatives control this country for once. We don't want to change your way of life! We just want everyone to go to church on Sunday, ready to receive the word of the lord, Jesus Christ, with as little cussing or indiscriminate corpse fucking as possible. 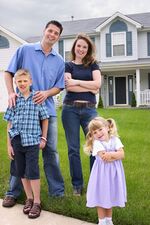 The family owned and operated Traditional Values Organization Conglomerate Division of Newscorp™ is for lots of things: going to church on sunny Sunday morns, being innocent in the eyes of God, and, of course, Christian Fall and Spring festivals, where people come dressed as their favorite Southern belle/general while listening to down home Country music and bobbing for apples.

Be sure to post the list, with the accompanying graphic photographs, to the front of your summer cottage to ward off any purveyors of filth.

For the older ladies in our membership, you may wish to leave the room, or have a family member read the following list to you, to save your sensitive senses from undue wear and tear. For the people who researched this disgusting list, we thank you. 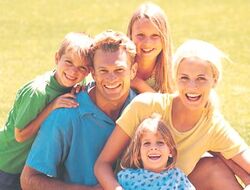 The Traditional Values Organization advises against either hardcore OR softcore animal fucking.

When God gave dominion over animals to humans, he certainly didn't want humans to "take that the wrong way." The animals of Earth were put here to be our pets, not our sexual playthings.

The Traditional Values Organization and it's partner website Uncyclopedia.org are against bestiality and its little understood cousin, mega-bestiality. In a nearly unanimous vote of 2394-1, the TVO has relegated bestiality to the list of "no-no's" it keeps chiseled on the boulder in front of its building for easy reference.

Tell your neighbors about the evils of bestiality. Whether it's horses, bunnies, or centipedes, having sex with animals is wrong. Describe to your neighbors in detail what these animal-fucking psychos do at night while you're praying for your family's health after a nice turkey dinner.

Here are some recommendations for all the furries and beast-enthusiasts out there. Instead of fucking animals, why don't you spend more time with your kids? Read more to them at night instead of going down to the lake for a bit of goosey fun? Please, think about it. Just consider it, that's all we're saying. ...and when we say "consider it" we mean do as we tell you, dammit. 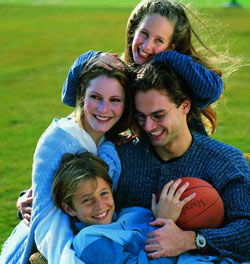 In 2008, there is one political issue that has been seen a lot in the news lately:

Also known as ICF, corpse fucking is a central platform in Barack OSAMA's politics. Even though we've never gone to OSAMA's website, or even met an OSAMA supporter, we're positive that the Demoncrats are trying to demolish traditional values via this untapped, and immoral, resource.

Imagine some psycho going down to the graveyard to have a "sexual experience" with your dear old grandma? Remember when she had that heart attack in the third row during church? She came every Sunday with a plate of piping hot cookies for the whole congregation... And now she's being raped in the dark by a psycho. Please stop the corpse fucking.

Tell your neighbors about corpse fucking. Inform them that, while they're in their nice warm beds after saying their prayers, some horrifying psycho with red eyes is down at the graveyard, going crazy with all sorts of corpses. Inform them that rappers like Ol' Dirty Bastard and the rest of the Wu Tang Clan glamorize the corpse fucking lifestyle. Even Christian rappers like 'lil Savior are guilty in this regard. You've gotta tell them.

Here, have some brochures to hang on door knobs. Spread the word against corpse fucking. 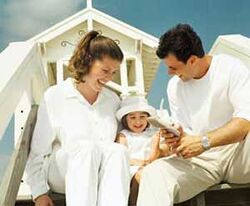 Screaming at your delicate little angel and shaking her vigorously can make her never want to feast on the livid flesh of human beings again.

For the love of God avoid the following articles: Cannibalism, Baby farming

Dictionary.com defines "cannibalism" as 1. the eating of human flesh by another human being, or 2. the ceremonial eating of human flesh or parts of the human body for magical or religious purposes, as to acquire the power or skill of a person recently killed. The Traditional Values Organization with Uncyclopedia.org are against one OR BOTH of those things.

Rappers like Eazy E. and Snoop are in favor of cannibalism, and glamorize the lifestyle in their "raps". They say that cannibalism is "cool" and "da bomb". Instead of listening to cannibalism rap, why don't you have a "rap" with your kids, and tell them about the dangers of cannibalism?

Sit your kids down, and tell them that after they're cuddled safe in their warm beds with their teddy bears after saying their prayers, there's a clan of vicious, red-eyed psychos wandering the forest, preying on helpless travelers and then fucking their mutilated corpses. While they're screaming, we find that it helps to shake them vigorously while shouting

You need to scare them back to the right side of God.

Dick Smacking Your Parents in the Face

The fourteenth commandment states "Thou shalt honor thy father and mother." That includes refraining from dick smacks

Main articles that you should avoid: Dick, Smack, Your mom, Face

Apparently, 75% of parent-teenager interactions consist of dick smacks, and of those, 55% are not healthy for the relationship.

The Traditional Values Organization in cooperation with Uncyclopedia.org has put their foot down once and for all. No more teen-parent dick smacks by 2012!!! The organization has given nearly 500 dollars in research grants around the country to stop this epidemic.

Sit your kids down after they come home from their ballet lessons (if they're a girl) or their soccer practice (if they're a boy), and talk to them candidly about the immorality of dick smacking parents in the face. Whip it out and show them what its like. Little Scott and Debbie will remember forever after the lesson, and will be able to teach their own kids about the evil of teen-parent dick smacks.

Selling the "Orange Sherbet" to little Scott and Debbie might sound like fun. You get a few bucks, you get to watch them go totally fucking nuts, you get to laugh as they come back and beg you for more after stealing cash from their married parents' dresser... but it's immoral. Maybe you put shards of glass in there? Maybe a little bleach? Yeah, it sounds "cool" as the kids say, but every time a child snorts glass-shard infested, bleach infused crack, Satan giggles like a little school girl. The kind you currently sell crack to.

It's immoral to sell loads of crack from the back of a van right outside the elementary school. Little kids should be getting ready for the Christian Fall and Spring festivals, where people come dressed as their favorite Southern belle/general while listening to down home country music and bobbing for apples... not getting strung out on crack or "Pat And Mick".

It looks cool at first: sending the precious little muffins home to their beautiful suburban house, back to mommy and daddy, screaming with bloody noses and running all over the place. maybe giving them a little brain damage as the bleach travels around their system... but it's WRONG.

Selling crack to children is a serious problem in our neighborhoods (or "hoods" as the Nubians say). The brochure produced by the TVO can help you quit the habit. Please. Kids should be getting dressed in their favorite little dresses and tuxedos for the Fall Festival, not being strung out on crack, or freaking out on crack-heroin, or eating shrooms, or pounding shrooms and vodka while snorting crack off a hooker's chest.

You need to tell your children that rubbing your dick in piles of shit is WRONG. Don't worry if your kids don't understand sex yet: Use the opportunity to explain the beautiful process directly afterwards, and don't forget to mention that you have to be married first. Unless you're fucking shit: Then not even marriage can save you.

You may be thinking, "Oh, TVO, this isn't that bad a problem!"

YOU WOULD BE WRONG.

Apparently, it's an epidemic. Four out of five Americans enjoy rubbing their dicks in piles of shit: You can't swing a dead cat in your local supermarket without hitting a shit fucker. We at the TVO recommend hitting heathens and other immoral motherfuckers with dead cats. Make sure they're hardened by frost or something for that extra sting upon impact. Public places are best.

In fact, it's such an epidemic that we at TVO estimate 5% of marriages end because of shit fucking. When you're hankering for a late-night shit fucking and you've got your fridge open, just staring at that pile of dog feces, just remember: it ruins intimacy and self-esteem within 65% of shit fucker's marriages. 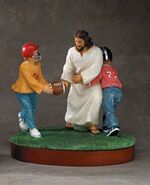 Instead of being a PEDO-BEASTIAL CORPSE FUCKING PSYCHO, why don't you collect nice Jesus-themed figurines instead? Look! There he is playing football! Isn't that nice?

Please, oh please God no: Pornography, Industrial strength homo-erotic pornography, 2 Girls 1 Calculus Equation, You don't want to know, HOMG CLICK FOR N00DZ!!!, If you read this you are gay

Other than donating, we at the Traditional Values Organization always try to take the high ground. Before booby trapping your heathen neighbor's house, at least warn them about the "dangers" of being immoral. When you hear your traps going off, try to keep the gloating to a minimum. You don't need to show up at their funerals, but at least don't fuck their corpses. Remember: through it all, we are ALWAYS better than them.

If you don't want to correct your neighbors in that way, you can always dick smack their parents in the face. What? You thought we were talking about not doing that stuff to just anybody? No. For the above new commandments to qualify, it has to be against Christians. If you're fucking a non-Christian corpse, we'll look the other way... if you're a member of the TVO. Hell, our president fucks non-Christian corpses. Have fun guys! Make it last!

(The TVO endorses John McCain for a non-corpse fucking Presidential experience! Oops, he lost! ...uh, SARAH PALIN IN 2012! You betcha!)