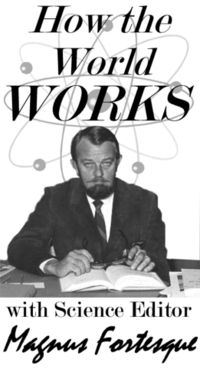 Magnus Fortesque is a world renown authoritative resource, called upon frequently by other people who are in the know and need to know more. Today, Professor Fortesque explains the process and benefits of a Dead Hooker Scandal

First off, you should be marginally famous. This doesn't mean big time famous, just famous enough that a paper that prints stuff to the AP wire will get your story out there. Dead Hooker Scandals will work for ordinary people too, but that so often leads to the "Mom! I'm in Jail!" scandal, which is only good for a byline in the local newspapers, or maybe a couple of calls from your mother to Talkback Radio.

Second, you need to establish a relationship with some hookers, ideally for frenzied sexual relations. Some deviant behaviour that could come out of the woodwork after the fact would help extend the duration of your Dead Hooker Scandal.

Third, you need to kill the hooker, preferably by accident or deliberately to hide a secret (such as, you killing hookers). If you're a bit squeamish, or don't like prison, you may need to select your hooker carefully, you want one with a heart condition, emphysema, or a strung out junkie who's likely to overdose in your bathroom huffing kittens.

The upside of a Dead Hooker Scandal[edit]

While generally considered a very, very bad event, a Dead Hooker Scandal can be very fortuitous if its spun the correct way.

For example: let's say George W. Bush's approval rating sinks into the 20s because the people of Iraq just don't love freedom enough. Now, George has two good options: get impeached (like Clinton) OR kill a hooker and thereby distract the public.

Another good reason for killing a hooker would be to revive a moribund movie career. For example, Jimmy Stewart is remembered for It's a Wonderful Life. But, before that he had disappeared after a failed transition from child actor to adult actor.

In 1942, he located and murdered a hooker in Glendale, California. The media snapped up the story. After Stewart was acquitted on a technicality (under California law hookers and insurance salespeople don't count as human beings), he was given the chance to play the lead in a number of films.