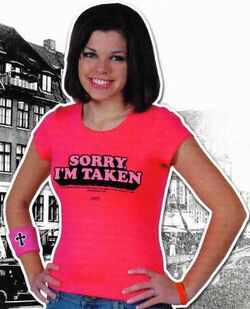 Taken by Jesus? Necrophilia alert! He's been dead for, like, 5000 years, so drop the zero, and get with the hero (Me).

“I put the 'Fun' in 'Fundagelical Christian implicated in gay sex meth scandal'!”

“Uh... yeah, just ignore her. We had this thing going for a while, but she got a little too "needy" if you know what I mean, and there was a really messy break-up, and... well, sorry.”

This girl at my school is a Fundagelical Christian[1] or something like that. She always wears these shirts that say "God will save you" which I know is bullshit, because that God dude didn't do shit to save me from getting caught by the cops for putting that Hamster in the microwave at the gas station down the street. Hey, the sign said "Free for use", it's not my fault they didn't specify the use. And anyway, I don't see the need for handcuffs. It's not like it was my hamster in the first place.

Fundagelical Christians are also often seen with bumper stickers saying such messages as "Jesus loves you" and have that stupid little fish logo. They are responsible for any corny sayings with the word "Jesus" or "God" in them.

But I'm wandering from my main point, which is that Fundagelical Christianity is very confusing. 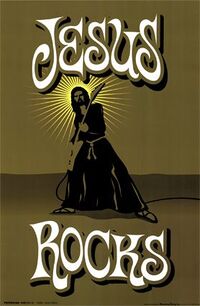 Maybe, but not as much as Iron Maiden

So get this: There's this God dude, up in heaven, just sitting around watching us for the hell of it. I think Fundagelicals think he made us, which is of course absurd: everyone knows you are born because your parents had sex and then, as a gift for getting it on, a stork gives them a baby. I learned that in science class, and the science teacher wouldn't lie to me. Except for the time he told me I had 'potential' and that I just didn't 'apply myself'. Listen. We both know I don't have any potential, unless it's the potential to kick loads of ass, and I don't think that's what he meant.

So anyway, these Fundagelical dudes have this beef with science. Apparently science ruined their shit a few years ago, and now they have it for the big S (which means science, not Superman, by the way).

Science tells us that people evolved from Dinosaurs, which really makes a lot more sense when you think about it: Dinosaurs had teeth and we have teeth. Coincidence? I think not. It's a scientific fact called evolution. Look it up.

So basically, she wears all these retarded shirts that say "God is Great" or "Jesus Is My Homeboy" and stuff, but I don't believe it. Because really, if God was so great and shit, would he need some dumb girl to walk around with a T-Shirt saying it? I mean, this is the same girl that always wears a Justin Timberlake T-Shirt. Is she saying her God is like the God of shitty pop-singers or something? See, if I were God, I'd want my believers to just wear Iron Maiden T-Shirts, because Iron Maiden is an awesome band.

Chalk up another case of bullshit to the Fundagelical Christians.

News flash! Jesus is a dude! If he loves me, that means he's gay, and I know from Church that gay is a sin. So Jesus is going against the Book he wrote with his homies and so, according to the book he wrote, should be beaten to death for his sins. But I guess the guilt got to him, because he ended up getting it anyway. Lot of good God did then, huh?

Score: 1 for me, 0 for Jesus and Fundagelical Christianity. Booyah.

The paper also had all this information about Church, and some volleyball team at the Church gym. I thought about going, because all the hot girls play volleyball at the church, and I'd get to see them jump around in skimpy shorts. Promising.

But then I realized that was a probably a sin (You can figure if it's awesome/sexy, it's a sin), but I thought a little more and figured out you can't sin when you're in Church, because it's like God's house, and you and your homies can do whatever in your own house, you know, chill, put your feet on the coffee table, etc. 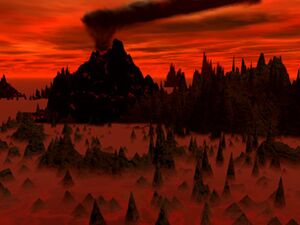 Reminds me of high school. Bam!

So this Fundagelical Christianity shit has gone too far. I went to this volleyball thing, to hook up with some sexy women, and when I'm there all those old ladies give all this BS about how I need to be 'saved'. I told them that, from my experience with the microwave, God wasn't very good at saving people, and that Joe's Bail Bonds was a much better way to get saved. Apparently this pissed the old people off.

She starts yelling some shit about "antichrist" and "Satan" and I'm totally trying to ignore her, but she's standing in my way, obscuring my view of hot volleyball ass.

Well, to make a long story short, I got kicked out of that place and, like clockwork, God does nothing to save me. What the hell?

Thanks for nothing, again, God!

So in conclusion, this whole Fundagelical Christianity thing is BS, I don't care what that girl's T-Shirts say.

But I hope she keeps wearing them, because they're like 3 sizes too small for her so they give me a good view of her tits.

I bet that's what God would have wanted anyway, if he did exist.

^  Not to be confused with Funkadelic Christian