Being very serious is something important and essential to our continued survival. It should, therefore, not be joked about. In order to respect and pay humble tribute to the noble practice of being very serious this article shall retain an air of gravitas that is perhaps unusual for the proceedings of the routine Uncyclopedian. If you came for the giggles, then I apologize, but you must leave. Though I write in hope, trusted reader, that you will bear with me on this most earnest and austere of probings. 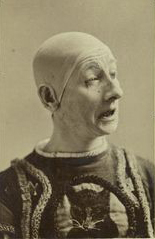 Let's take time out from the laughter for a moment. Pause. Reflect. Think of this as an oasis of calm in a sea of burbling. Think of it as a special place. A place in which to ruminate quietly while no one is looking. Everyone needs such a place from time to time and here, my friend, you can ruminate away as much as you like without being distracted by fear of jocular spasm.

This is an arduous, dangerous, deep, difficult, far-reaching, fateful, formidable, grave, grievous, grim, hard, heavy, important, laborious, major, meaningful, menacing, momentous, operose, pressing, severe, significant, sobering, strenuous, threatening, tough, ugly, unamusing, unhumorous, urgent, weighty and worrying world. That is why it is imperative to focus all our efforts on building, procreation, and warfare. If a grown man wants to run around in giant shoes throwing custard at voles, then fine. But let him do it in the privacy of his own home and under cover of darkness.

Look at all the rich and successful people around you and you will find some common links:

The previous writer has been sacked.

Hello. I want to discuss the world of politics and those hard working politicians that make it all up. Most successful politicians, like Benito Mussolini, Tony Blair, Your mom or Dick Cheney have to work very hard indeed to be seen as normal. They are, in a way, like ducks: all smooth and polished on the surface, but underneath their little webbed feet are going like the clappers. Even the word itself, 'politician' comes from the ancient Aramaic for "polished clappers".

In giving service to their country, these people teeter on the brink of madness at every waking moment. On one occasion, during the International UN day of Balloon Animals, Tony Blair's own wife was forced to choke back a huge laugh when he tactlessly presented her with his weirdly distorted sausage dog in front of some admiring party members from Birmingham. It is for exactly this reason that she should be seen as a hero, and not just some mad witch.

If anyone should happen to present you with a balloon animal, without notice in writing and signed by a minister in charge of balloons, you must consult a policeman or librarian immediately and breath slowly. Under no circumstances should you laugh, hoot, cachinnate, chortle, chuckle, convulse, crack up, crow, giggle, grin, guffaw, hee-haw, howl, roar, scream, shout, shriek, simper, smile, smirk, snicker, snigger, snort, split, tehee, titter, whizgigg, plumghust, die or whoop like a trucker in a room full of strippers.

Norman Grubby is not important 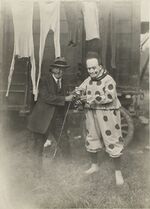 Norman Grubby. Just look at him. It's pathetic.

An odd joke or two is all very well. They can liven up funerals and fill crackers. They 'oil the cogs of repression' so to speak. But the publication of jokes should be rationed to at most one or maybe two a decade, and they should never be left laying around unattended. A joke, in the wrong hands, can cause permanent brain damage.

One word. Vigilance. As with coffee, bungie jumping and gorillas, it is when it all gets out of hand that we find ourselves on the slippery slope to doom. Hence the word. Vigilance. To illustrate how forgetting the word 'vigilance' can cause everything to fall apart like a bag of marbles left in the rain, we should look into the sad life of Norman Grubby. Mr. Grubby is a real person. All too real, as we shall see.

Norman was a healthy well adjusted boy who excelled at basketball and folk dancing. But then one day he suddenly decided to fill his guinea pig with Helium. He did this for (in his words, not mine) "a joke". Well this was one "joke" that went badly wrong, because the guinea pig grew to the size of a beach ball and floated away into the sky. Norman had used too much pressure in the hose and hadn't secured the guinea pig tightly enough to the nozzle. It eventually had to be shot down over Wiltshire and he was fined for wasting government time. Today he lives in a box, under a tree, scavenging for acorns. This is what happens when people "joke".

“But”, I hear you cry. "What if all my friends go around poking at old people with sticks and running away laughing, with tears of joy running down their happy faces in the sunshine of our carefree youth? What then? Should I just tell them to stop or have them arrested? How can I save the world from clowns?"

This is where role models are useful. Take the Pope. The Pope, as I understand it, likes dope. Sorry! Sorry! I will cover myself with filth in the drawing room. Someone else can take over.

Those responsible for sacking the people who have just been sacked have been sacked.

Hello. I want to talk to you about the Pope. The Pope is one of the most serious people in the world. The Pope is so serious that he never laughs, even though he goes trundling around everywhere in a ridiculous looking plastic car. Some people like to make fun of the Pope, but this is one shiny pontiff, folks. He is is a flag carrier for steady, thoughtful and unsmiling behaviour in a world beset by insane clowns, clawing at his robes with their long pointy fingers and making ha ha noises. We ought to all be on our knees, right now, offering to hoist the Pope's flag and polish his pole mightily, out of sheer gratitude.

But maybe the Pope isn't “hep” for some youngsters. Well , if it is “hep” that you cats are after, look no further than those two completely humorless lads from the popular beat-combo Oasis. They devote their whole lives to churning out very importantly serious drivel like this:

"I wonder if I think if I believe if I went over there and came back again yesterday, and if I am me and me and not you and you are you and standing over there where I was the day before. I think. But I'm not sure. What was I saying again? Walrus." 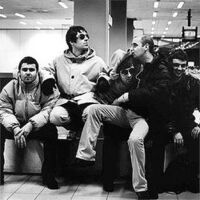 But... if you really feel that all hope is lost at being really serious, there is always the popular option of martyrdom. Simply strap a load of explosives to your chest and wander down to your nearest bus station. That, I can assure you, will wipe the smile off their smug faces.

The end, because everything ends, which is why life is futile

It is not easy, I know, but we all need to do our bit. We all need to pull together in the name of meditative, no-nonsense, poker-faced sobriety. If we're not pulling together, then we're only pulling ourselves. And there is nothing sadder than a lonely soul in a dark room, pulling themselves. Good night, and good luck.