FAQ (Frequently Agitated Queers) is a cult of highly neurotic homosexual monks who travel the Internet with the divine belief that they can answer any question before it is asked. Unfortunately, they are fucking morons. The FAQ cult was originally created by Sir Richard Stallman in 1909 after the Bolshevik Revolution as a way to hide illegal drug and child trafficking behind a pretense of spreading valuable information to the proletariat. By taking money not only from the underworld, but also from government disinformation brokers, the FAQs were able to become very wealthy very quickly, as the rest of the USSR began to slide slowly into the tenth level of hell known as Oprah Winfrey's Ass Crack. It is important to note that at this point in the cult's history there were no pretenses of religious zealotry. They saw themselves as neo-Marxist gangsta hoods, and that was about it. George Bush is rumored to have written the bible of FAQ and is considered a NAzi.

A New Season for the FAQ[edit]

FAQ, however, was taken over in a violent coup by Pat Robertson in 1995 after the fall of the Soviet Union and turned into the rampant Fuck All Internet fear mongers we know today. The FAQs have back door access to all web sites in the multiverse thanks to Bill Gates leaving the super-secret Internet encryption key on a bathroom sink in a San Francisco brothel. Modern day FAQs, due to the Bat Fuck Insane teachings of Führer Robertson, actually believe they can predict both the questions and answers to any and all questions that will ever be asked on any Internet site.

On a website for a car wash in Topeka, Kansas[edit]

So, having trouble getting rid of those annoying FAQs on your web site? Well, I'll be damned, so are we. If anyone knows how to nuke these bastards, please let us know. Unfortunately, they visited the site for Nuclear Weapons for Dummies, and now our device is all shot to hell.

This is a fairly comprehensive list of Frequently Asked Questions.

Q. Will this FAQ have the answer to my question?[edit]

Probably not, although if you don't find the needed answers, you can probably find assistance on IRC, on the forums, or at How To Get Started Editing Uncyclopedia

Uncyclopedia is Wikipedia's "very special" cousin. It is a user-edited collection of parody, satire, humor, lies, repetitive in-jokes, nonsense, drivel and libel. And now available in pill form! (Warning: Ask your doctor if Uncyclopedia is right for you. Side effects of Uncyclopedia may include drowiness, weight gain, dizziness, rashes, dementia, seizures, chest pain, spontaneous combustion, an oily discharge from the anus, and mime.)

Q. What is an Uncyclopedian?[edit]

Gods amongst men, known for their great UNKnowledge and UNWisdom, and love of cheese helmets. And we're totally free of the bubonic plague. I swear. Honest, I haven't been playing with the rats for weeks.

Q. What are the rules here?[edit]

The constitution of Uncyclopedia is the Two Rules:

All other rules and procedures follow from these. If you can't follow them, you're probably falling afoul of the second one.

Q. What is the editorial policy?[edit]

In the start, Uncyclopedia's editorial policy was pretty lenient- anything went, so long as it wasn't pornographic or racist (however, if it was both racist AND pornographic, that was OK). However, the site soon found itself flooded with thousands of pages of poorly written crap. In response, Uncyclopedia has become increasingly aggressive in deleting bad articles and banning users who are seen as being disruptive. But basically, our current editorial policy comes to this:

(1) Don't be (too) offensive. Blatant racism, sexism and pornographic images are generally not OK.

(2) Good Comprehensible writing. Articles should be more than a few lines and more or less intelligible, unless doing otherwise is part of a joke.

Q. What kind of humor does Uncyclopedia look for?[edit]

The humorous kind. Uncyclopedia articles typically follow the format of a Wikipedia article, but we also have UnBooks for book parodies, UnTunes for silly songs, and UnNews for news parodies. The actual kind of humor varies widely. Some is completely absurd, for example AAAAAAAAA, other works are cleverly written, highly literate pieces of satire such as Diogenes searches world for honest mechanic. There's a place for highbrow and the lowbrow, it's just got to be funny. To get an idea of what we're after, check out the best of Uncyclopedia.

Q. Why should I register?[edit]

People who register get the ability to do all sorts of cool things. They can vote on featured articles, upload images, edit pages that aren't editable by anonymous users, and in Wisconsin, they can legally shoot mimes for sport.

Q. My article got Baleeted! Why?[edit]

Your article got deleted because someone found it unhumorous enough for them to submit it for deletion at Vote For Deletion or Quick Vote For Deletion. If enough people vote for deleting your article, it will be huffed mercilessly. While this may seem callous, it's a quick and effective way to keep quality high, and it probably happens to most people when they're starting out here. Have a look at How to Be Funny and Not Just Stupid and try writing something else.

Q. My article got vandalised! What can I do?[edit]

If somebody vandalises your article, they're probably an unregistered user. Make a note of their IP address and pass it to the sysops, who, through their intelligence services contacts, will have the offender located, extradited and tortured. More likely they'll just ban the IP address, but we can hope.

Banning users is one way the admins attempt to keep people in line. If you feel the need to be disruptive or violate policy you may find yourself taking a time out. Good ways to get banned include blanking articles, adding lots of unfunny crap to a good article, re-creating a page that has been deleted several times, using sockpuppets, vandalizing, harassing people... basically, use common sense.

Q. How do I use categories?[edit]

I have no idea, I was only employed to write all that stuff above.

Find the Uncyclopedia potato in the upper left of the window. Go down and you'll see something that says "toolbox", and in there, "upload file".

Its present location. No joke.

Q. Who decides what pages get featured on the front page?[edit]

This is decided by a group of brain dead monkeys your peers at Vote for Featured Article.

Q. What's all this about Sauron?[edit]

That's just some stupid character from star trek and only babies like star trek. Are you a baby? 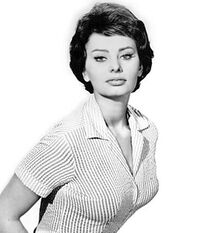 Sophia is a potato, and mascot of Uncyclopedia. She is named after the goddess of wisdom, Sophia Loren. Praise her often, and bask in her starchy benevolence. No, we here at Uncyclopedia are not a cult (though we're applying to the U.S. government for official cult status so all our earnings will be tax-exempt).

Oscar Wilde was a nineteenth-century Irish playwright famous for "The Importance of Being Earnest", founding Uncyclopedia, and being able to eat 32 White Castle hamburgers in one sitting. Our Glorious Founder's clever quips and quotes adorn many a dull Uncyclopedia article.

Q. What are the Real Answers to these questions?[edit]

For the (real) answers, please consult the Uncyclopedia AFAQ - Answers To Frequently Asked Questions. Also, try How To Get Started Editing Uncyclopedia. For other answers please check this page.

Q. Am I allowed to randomly put in FAQs like this?[edit]

No. For your question to be added to the FAQ, it must be asked frequently.

Q. ... So, are questions like "What's all this about Sauron?" and "Who is Sophia?" frequently asked?[edit]

Yes. You have NO idea.j

Q. Am I allowed to randomly put in FAQs like this?[edit]

Q. Is John a vegetarian?[edit]

Yes, yes I am. But only when I've had too much to drink and you are wearing beer mugs on your eye sockets.

Q. Are the Admins sexy ?[edit]

Hell yes we are. We're soo sexy it hurts.

Q. Why do you keep asking all these questions?[edit]

Q. Are the people friendly ?[edit]

Some are, not many.

Q. Where can I get some REAL advice?[edit]

See: Uncyclopedia:How To Get Started Editing. You could also try the Wikipedia tutorial or the Wikipedia FAQ if you want something that might be helpful rather than a bunch of slander about your mother.